The majority of dog owners have found themselves in need of a professional trainer and one point or another, or at least in need of some general guidance. This doesn’t mean you’re bad owners, it just means you’re experiencing one or more of the common behavioral problems everyone faces at least once in their dog-loving lives. While many of these common issues are the reason dogs end up in shelters and rescues, they are also usually treatable or even preventable.

Most dogs love people and they get really exciting when someone comes to greet them. To show this excitement, dogs often jump. While they mean well and are just happy to see another person, the jumping is a nuisance. Not only does it annoy most people, it can be dangerous or misconstrued. If someone is afraid of dogs, a dog jumping at them is going to be a terrifying event. Even if your dog is friendly, they might see this as an attack and even make efforts to defend themselves. Further, a large dog jumping on a small person or child can easily knock them down and injure them. Again, the dog doesn’t mean any harm, but jumping is a problem that requires addressing.

#2 – Not Coming When Called A solid recall is one of the most important commands your dog will ever know. Not only is it convenient to have your dog come when called, it could easily save his life if he were running into traffic or another dangerous situation. Unfortunately, most owners don’t have a good recall on their dogs. Most dogs will come without any distractions, but try calling your dog off of another dog or a squirrel and you’ll soon realize that your pooch would rather be elsewhere. Working with a trainer is an excellent way to solidify your recall and it shouldn’t be taken for granted. Your dog might be friendly, but he might also land himself in a dangerous scenario approaching another person, dog or animal that isn’t looking to make friends.

TRENDING: 3 Amazing Ways to Remember a Dog Who Passed Away

Dogs are opportunists and will try to go wherever they want and this often means dragging you along for the ride. Getting dogs to walk on a loose lead is one of the most common reasons trainers are called and it’s usually a simple fix. Pulling on leash can be dangerous because the amount of control you have over your dog is minimal, if you have any at all. They are likely to pull you over and drag you somewhere they shouldn’t be and you’re unable to stop them. Not only that, it makes the walk much less of a walk and much more of a battle. This makes it much less fun to go out with your dog! The early stages of aggression often go unnoticed and escalate over time, leading to a dog that will bite or has already bitten someone. Even if your dog is just growling and barking at people or other dogs, you’ll want to have him evaluated by a trainer. Aggression can be caused by many different things including fear, anxiety and even physical pain or illness. Dogs only have so many ways to communicate with us, so if we see aggression we need to find out exactly what our dog is trying to say. Trainers and veterinarians alike should be consulted before you try anything on your own. Even though it can’t always be cured, aggression can be safely managed with the right persistence and dedication. 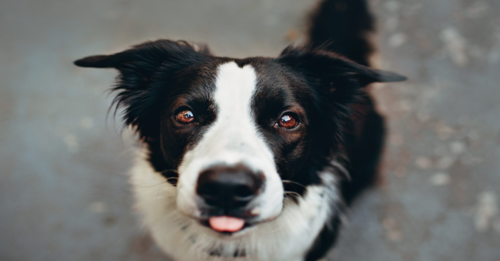