Vampire Diaries star Ian Somerhalder and his family said goodbye to one of their beloved rescue dogs yesterday.

According to the actor and animal advocate’s heartfelt Instagram tribute, Ira, a German Shepherd, succumbed after a long battle with cancer.

At 12:11 PM PST this beautiful girl took her last breath. Quietly cancer had filled this amazing girl of mine and there was nothing any of us could do. I’ve never known a more incredible animal. A soul that spoke 1,000 languages. Kid, I will miss you and anyone that ever got to know you will miss you. Countless flights, 100nights in the airstream, driving across the country, jumping in every lake- river- stream and ocean there was, just for a splash and to be happy. Thank you for loving me like I’ve never known. I know you’re here, your energy is here with us-I saw you playing with Neech this morning. I love you kiddo. Love, Dad

Alongside a gallery of treasured images, Somerhalder reminisced on the many adventures he and Ira shared over the years. He also thanked the rescue pooch for “loving me like I’ve never known.”

Ever since the success of his show made him a household name, Somerhalder has used his celebrity status to spread a message of animal rescue, conservation and humanitarianism through the Ian Somerhalder Foundation (ISF).

Among their many programs, ISF sponsors spay/neuter clinics in rural areas to reduce the number of homeless pets as well as provide much-needed education and awareness to these communities.

In 2015, he was presented with the ASPCA “Dog’s Best Friend” award, which is given to “a celebrity who has done a great deal to advance dog-related causes and the welfare of homeless dogs.”

Somerhalder and his wife, actress Nikki Reed, have a daughter named Bodhi, several horses, and an ever-growing band of fostered and adopted dogs and cats. 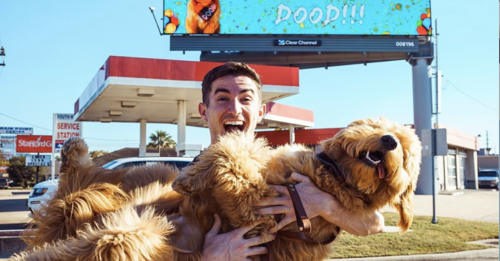