Costumed comic fans packed into Seattle’s WaMu Theatre for ACE Comic Con to snag signatures, pose for pictures, and see some of their favorite superheroes! The event included Q&A panels with actors from some of the most popular sci-fi and action films of the past few years, including those from the multibillion-dollar Marvel Comic Universe.

I can totally related to @ChrisEvans jumping off stage midway through a panel to pet a dog! “Is that your dog?” #AceSeattle #CaptainAmerica #GoodBoy pic.twitter.com/OBzCaESVti

This service dog was hanging out with his handler in the front row of the crowd, and caught Evans’ eye! He was working, but took a quick break to cuddle with Captain America!

Reminder: Service dogs are working when they’re out with their handlers and should not be bothered. We’re guessing, though, that if Captain America asks to pet your dog, you’re probably not going to say no!

Evans has been Marvel’s Captain America for 8 years in 10 different movies. Even if you’re not a fan of superhero movies or comic books, you can appreciate Chris Evans for the excellent job he does as a dog dad. He met Dodger at a shelter where he was filming 2017’s Gifted. At first he thought the dogs in the kennels might have been hired, but his heart broke when he realized they were actual adoptable pets. When he laid eyes on Dodger, he knew it was meant to be.

This is Dodger’s stuffed lion. He loves it. He brings it everywhere. If you press it’s paw, it sings. Today, Dodger decided to join in. pic.twitter.com/CuH53VNVtF

“I was walking up and down the aisles and saw this one dude and he didn’t belong there. I snagged him and he’s such a good dog. They aged him at about one, he acts like a puppy, he’s got the energy of a puppy, he’s just such a sweetheart, he’s such a good boy. He loves dogs, he loves kids, he’s full of love.”

Since he took Dodger home, a good portion of his Twitter feed is pictures and video of his pooch!

‘Excuse me, are u busy? Could I interest u in chasing squirrels with me outside? Or perhaps u could toss the frisbee? I have no plans today’ pic.twitter.com/zj4AOfnFHJ

Check Out the Special Bond Between Superhero Chris Evans and His Rescue Dog, Dodger!

Evans isn’t the first actor to make time for a working pooch. Tom Hardy took a break from the red carpet at the Los Angeles premiere of Venom to spend a little time with a K9 working the event! Evans and Hardy may play heroes on the big screen, but they may have a real-life spidey-sense for finding cute working dogs in big crowds!

This is the other part of the job that I love! No matter who it is, how rich they are or how famous. Seeing someone’s eye light up and them turn to back into a child when they see my dog just makes it worth it. Stark got to meet @tomhardy last night at the #venompremiere and it was the best thing ever! Thank you Mr. @tomhardy for being you. The most genuine, polite and caring person I have had the pleasure of meeting. #stark #k9 #ilovemyjob #venom #tomhardy #workingdog

See more Dodger (and Evans!) by following them on Twitter.

Correction: We originally posted that Evans was petting this pup BEFORE the panel began, delaying the event. Everything else about him loving dogs? Totally true. 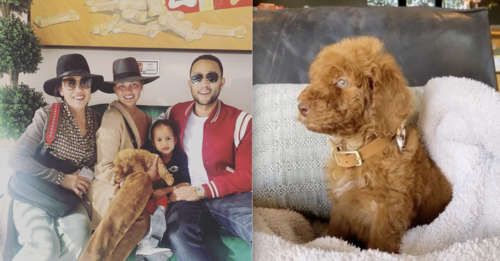