There are already plenty of reasons to love Captain America star and Hollywood heartthrob Chris Evans. But did you know he’s also totally obsessed with his dog? If you follow the actor on Instagram, you definitely did. Lovestruck Evans frequently shares photos of Dodger, who he rescued back in 2015, on his page. In fact, he says it’s the reason he joined Instagram in the first place.

Recently, the brave pup underwent hip replacement surgery. In anticipation of Dodger’s recovery, Evans decided to do something special for his best friend during a tough time.

Dodger’s favorite toy is a stuffed lion that’s just about as big as he is. Their play can get a little rough, though. Dodger is your classic toy destructor, and the poor lion suffered a rip right up its middle. 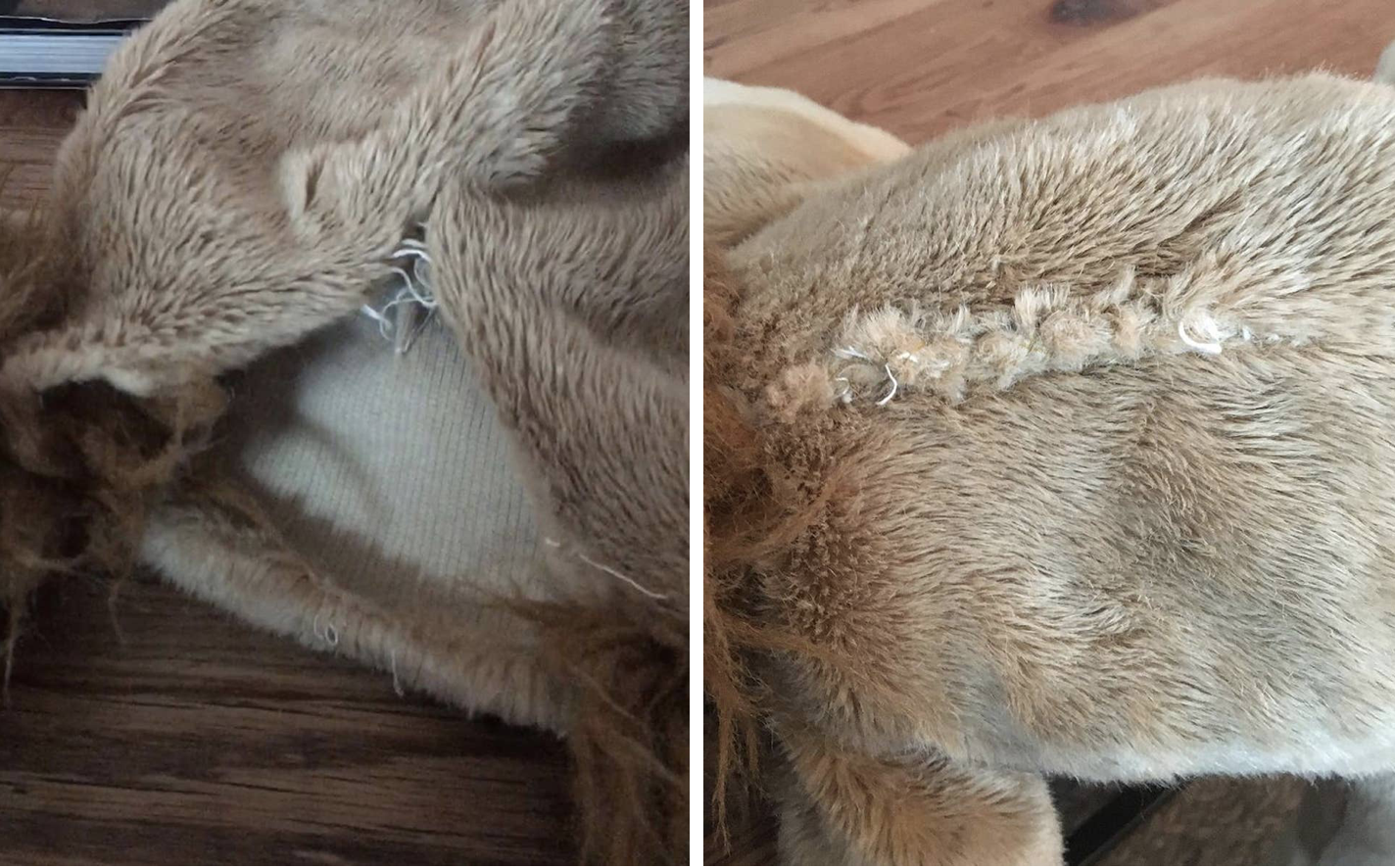 Determined to make Dodger feel better, Evans taught himself a little sewing and stitched the ripped toy right back up. In an Instagram post, he shared:

“Yesterday while he was in surgery, so was his favorite lion (which had been on IR since November after a nasty tear). I’ve never sewn anything before but I’m pretty proud of my hack job.”

Rest assured, Dodger and the toy lion are doing great. According to Evans’ caption, “[t]hey’re both happily recovering in each other’s company.” This adorable wholesome good dad move made Dodger feel much better.

I kind of wish Chris Evans was my dad too. His passion for his furry friend is clear, not to mention extremely sweet.

Chris Evans Loves His Rescue Dog So Much

Something weird about social media is how it shows us celebrities are just regular people on big screens. Famous people gush over their dogs just as much as non-famouses. Outside of his film career, Evans loves spending time with Dodger. The pup also comes with him to set sometimes.

For these two, it was definitely love at first sight. Evans shared a video of the first time he met the dog at the shelter, and it will melt your heart:

This is the moment we met. He was trying so hard to stay seated even though he desperately wanted to get out. I knew right away that he was coming home with me, so I took this video to always remember our first hello. Rescue dogs are the best dogs!! #NationalPetDay pic.twitter.com/XjWxPWGDPu

Dodger had originally come into the shelter as a stray they named “Benny.” Evans shared:

“He was there for about a month. I can’t believe no one snagged him sooner!”

Because of his special relationship with Dodger, Evans is an advocate for animal rescue. He loved his dog so much from the start that he even has “Dodger” tattooed on his chest. In an interview with Jimmy Kimmel, Evans stated proudly:

“I’ll never regret that tattoo. I’ve regretted a few in my life, but not that one.”