A grant provided to Canines for Service from GreaterGood.org, funded by the iHeartDogs.com community, made success stories like that of Rosemary and Salim possible.

The impact of training a shelter dog as a highly skilled service dog for a veteran with a disability is vast. Not only are the lives of both the dog and veteran drastically improved, but oftentimes because of this partnering, the lives of the veteran and dog are actually saved. The veteran feels they are needed and gain a sense of responsibility by caring for the dog. With improved sleep because of the service dog, the veteran has increased functioning, productivity, and is generally in a better mood. The service dog provides them increased independence and confidence which allows for reintegration into public and their community.

The impact expands beyond the veteran receiving the dog, to family members who benefit because the individual is more independent, less depressed, able to go out into public, and more confident. They are able to step back from a caretaker role, and spend more quality time with their veteran as a beloved family member. The veteran is able to participate in family activities that he/she avoided prior to having his/her dog.

With a service dog by their side, their disability is no longer their primary focus. The service dog’s commands that help to mitigate their disability, coupled with the dog’s unwavering loyalty and companionship, allows the veteran to return to the closest thing to normalcy since before they suffered their injury. The service dog has an incredible way of changing the Veteran’s vision of life from hopelessness to optimism.

Rosemary was a member of the United States Army, where she bravely served for nine years. Because of the trauma she faced during her service, Rosemary needed to retire, but her suffering did not end there. For over 20 years, Rosemary has lived with both visible and invisible wounds that left her essentially homebound. She relied heavily on her adult daughter if she absolutely had to leave the home for something. She was losing hope and had lost a lot of the joy in her life; until she met Salim.

Salim was a thin, gangly, and energetic young dog when Canines for Service rescued him from a local shelter. He was found roaming the streets and no one ever claimed him. Despite his rocky past, Salim was an absolute joy to be around. He could bring a smile to anyone’s face with his goofy mannerisms, and when it came time to work, he was sharp and eager to please. After eleven months of training, Salim was ready to find his forever home and to be the difference in someone’s life.

Rosemary was eagerly waiting and when she laid eyes on him for the first time, her entire face lit up. They have been inseparable ever since. After just four days home with Salim, Rosemary told one of Canines for Service’s trainers,

“I know it sounds ridiculous, but I really feel like I have my life back. I used to not be able to go anywhere- my daughter would always have to be with me. Now look at me- I am out and about all day! He has changed my life and I just love him so much and this is everything I had hoped for…You don’t know how good it feels to just get up and go somewhere just because I want to.” 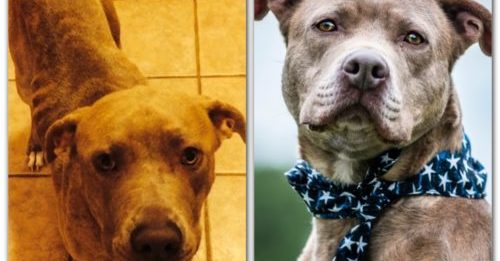 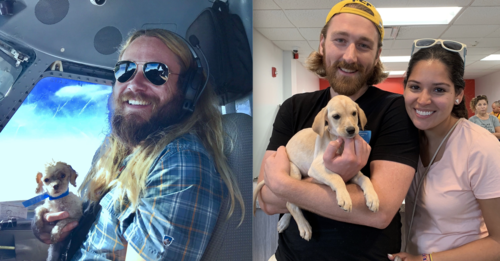