“Northeast Animal Rescue” discovered a dog living near an overpass during winter. The pet would spend its days running around busy roads, searching for food from passersby, and risking its life in the process.

In the video, we see Will driving on partially snowy roads until he finds Sierra, a rescue worker who was looking for a dog that might get hit by a car. Once he locates her, it is clear that she has just given birth and is nursing her young. He reaches out to her and coaxes her into leading him back to where her babies are. 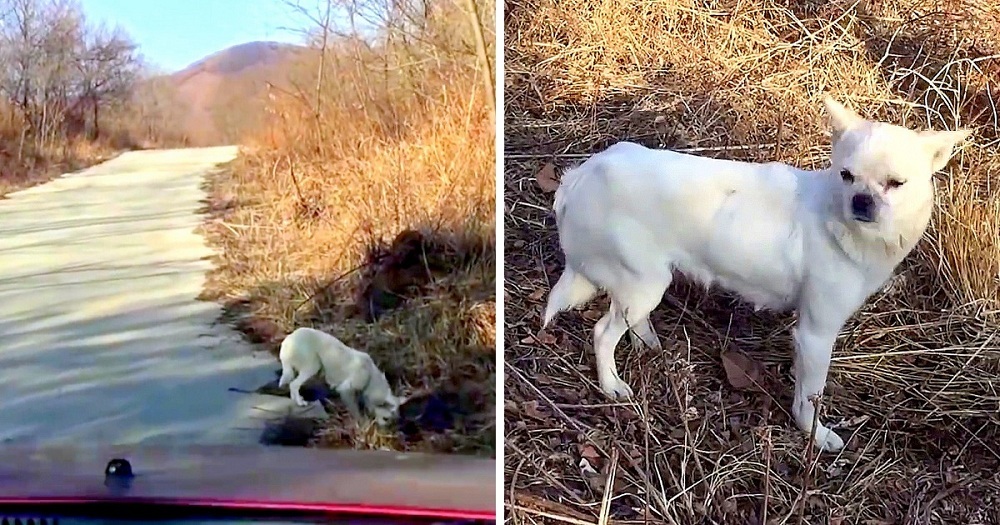 At first, Sierra was doubtful, but she eventually realized that Will had good intentions. With time, her fears lessened and were replaced with hope. She started running across the dried-up fields while making sure that Will could keep up with her. She then darted into an old culvert. Will stooped down and crawled into the tunnel, to find Sierra’s puppies huddled up in the chamber! 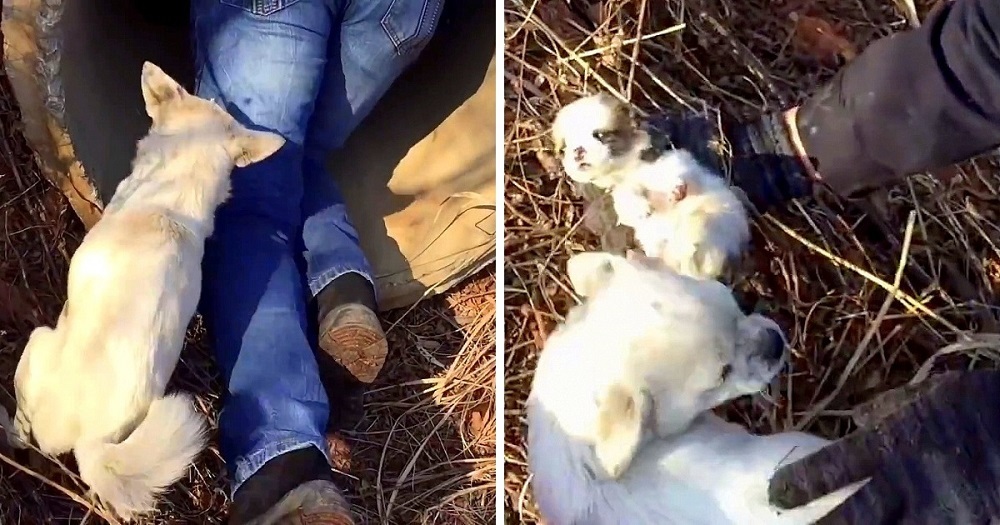 At first, Will thought Sierra would bring her litter out on her own, but he was mistaken. Instead of protecting them, she began wagging her tail at Will and making feeble whimpering noises as if begging him to save her little ones. Will acknowledged the gesture and slithered into the tunnel. He pulled out each of Sierra’s babies, while anxiously waiting for their mama to supervise the rescue operation! After Sierra was assured that her puppies were safe, she hopped into the crate. She is now being a responsible mama at the shelter and seems grateful for the rescue. Watch the video below of Sierra’s maternal instincts in action as she protects her puppies and leads to their rescue.