My Dog Had Excruciating Hip & Joint Pain. Now He Has The Zoomies After I Changed This One Thing. 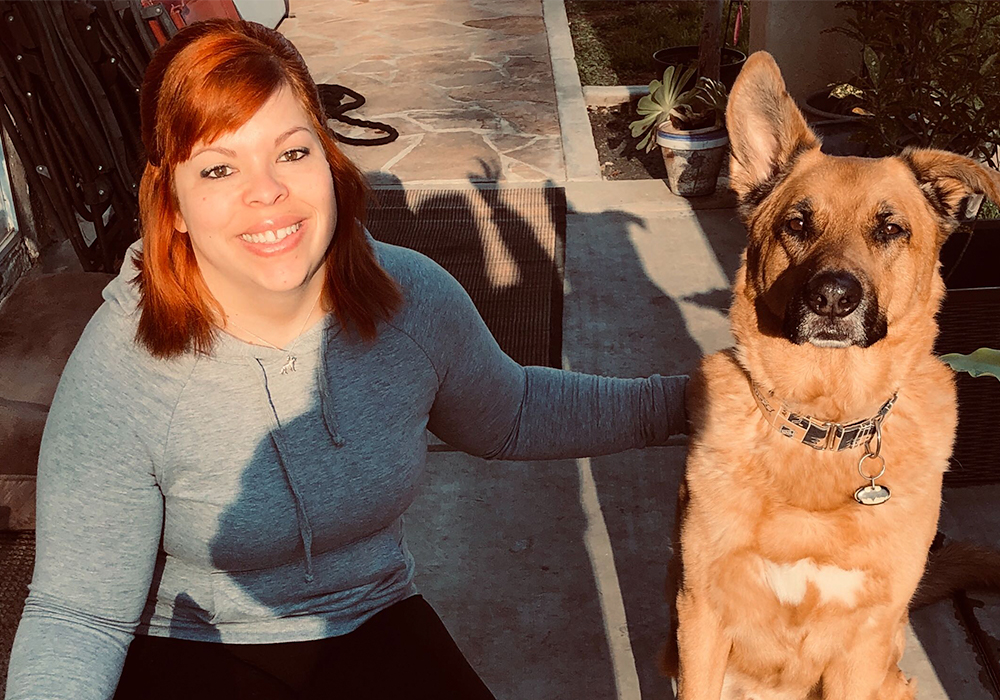 Hi, I’m Justine! If you’re reading my story, you probably have a beautiful pup that is going through a very hard and painful battle with hip and joint pain.

I want you to know that after all I went through and everything we researched and tried for River – I finally found something that worked and it’s all natural and completely safe. Proof right here that there is hope for your furry family member to live pain free once again.

I got River when he was just 4 weeks old. He was originally my foster puppy. He quickly stole my heart and I realized I couldn’t live without him. Since he’s a German Shepherd, I wanted to be sure he got started in training as young as possible to avoid any issues with fear of the breed. (Which is real.)

We started training at about 4 months old and by 6 months old it was clear that he was in pain. The constant “sit, down, heel” training was starting to become difficult for him physically.

So I took him to the vet for x-rays. The pain seemed to be emanating from his front right elbow so that is where we focused. He was diagnosed with elbow dysplasia that day and prescribed 2 different pain meds. One that had bad side effects when used long term and one that was unknown long term. It was clear that he needed it so we began his pain med regimen along with joint supplements.

The Pain Meds Worried Me

Since he’s a Shepherd/Alaskan Malamute mix, I knew that his problems would only get worse as both breeds are highly prone to dysplasia.

The pain meds worked to keep the pain at bay, but the long term effects really worried me. He needed to get his blood checked every 6 months to make sure his liver and kidneys weren’t failing. He is a very large dog so at 8 months he weighed about 75 lbs. As he grew and gained weight it seemed that his meds and supplements weren’t working as effectively anymore.

Tried This, Tried That

A friend of mine mentioned some experimental supplements that were supposed to help with joint pain; and we also tried some supplements that I found online. Everything seemed to be working at first but he continued to grow and gain weight. Nothing was making a difference over time. He continued to limp and could only take short walks.

I started looking online and talking to specialists about Dysplasia. It’s summarized as a developmental abnormality of the elbow joint and the cartilage. I

took his x-rays to a vet that was recommended by one of the rescues I volunteer for. She explained that River had little to no cartilage on his elbow joint and this was causing bone spurs. She mentioned that a costly surgery could possibly help to alleviate some pain but it would be a long hard recovery and a short lived victory as the spurs would come back. 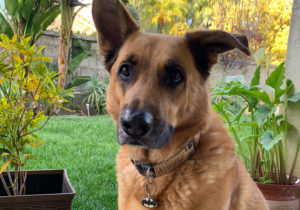 The Pain Gets Worse, And I’m Pulling My Hair Out

I kept him on his regimen of pain meds and joint support for the next couple years. Managing the pain as best we could. As long as I kept his walks short and he didn’t jump around too much, he was ok.

But as he got older his walks got shorter and shorter due to his pain tolerance. I didn’t want to up his medication dosage as it was already a risk for him to be on the pain meds.

Then, one day at my rescue, I overheard a guy say that he had given his pup CBD and that it was working really well for pain. I knew absolutely nothing about CBD when people started to suggest it to me. I’ll be honest, I assumed it was just weed or something.

However, the more people suggested it for pain management the more seriously I looked into it. About 6 months ago, River had a pain induced breakdown and I had to rush him to the ER. They did a full body x-ray and full chem panel to see what was wrong. He was diagnosed with severe hip dysplasia on top of his elbow dysplasia.

I knew then that he was going to need more than just pain meds and decided to give CBD a chance.

The Light At The End Of The Tunnel

I talked to someone else I trusted that swore by CBD. At this point I’m willing to try anything to help River. So I purchase my CBD and started giving it to him.

At first I didn’t see a difference. I tried at least 4 different brands but to no avail. Then someone suggested Cannanine. My last ditch effort with CBD was to try Cannanine. 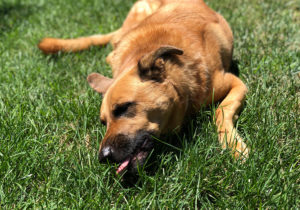 At first he still seemed like his normal self but a little more at ease. Still limping, though that might just be how he walks now after having his medical problems start so young. I gave it 1-2 weeks to see full effects for pain.

I upped his dosage about a week after starting the CBD because he’s a 110 lb dog and I thought maybe he needed more.

He Got The Zoomies!

Within an hour of giving him the higher dosage, he got the zoomies! For the first time in his life. Zoomies! I couldn’t believe it. I cried. It was such an incredible thing to see.

He was running all over the house and then ran to the front door for a walk. I couldn’t believe the effect that Cannanine CBD had on my boy. Nothing short of a miracle!

We still have to monitor his play time and his walks but I no longer live in fear of his pain management. I know that the CBD is helping manage the pain much better. I will never let him go another day without it. The best part? I got my dog back.

Related Post: The Complete Guide to CBD Oil for Dogs

A Bit Of Advice For You

The cure for hip and joint pain is a process that will likely involve many components. Like I said, with River we still have to be cautious and monitor his play time and we also have him on a hip and joint supplement.

It may take a bit to find the right combination and lifestyle for best results but I’m confident enough in Cannanine CBD to say that I truly believe your dog can act like a puppy again by starting as soon as you can. Maybe he’ll even get the zoomies like River did!

Story Page
Share this ArticleLike this article? Email it to a friend!
Email sent!
×

Does your dog currently take a joint supplement?

Can We Send You Our Free Guide?
"8 Things Every Dog Owner Must Know About Giving Your Dog a Joint Supplement"

Thank you! Please check your inbox for your guide.
[X] CLOSE