Everyone loves a feel-good story about dogs’ reaction to their deployed pup parent coming home after months of being overseas. A dog named Brindle recently went viral after his mom shared photos and video the pup’s reaction to his dad’s ‘smelly’ shirt.

JD and Rachel Aument adopted Brindle from a shelter as a pup. He quickly bonded with JD. The couple has another dog, Xavier, who bonded more with mom.

In 2018, JD was deployed overseas, much to Brindle’s abject dismay.

According to Rachel, Brindle misses JD more than anything.

“He has days where he just sits at the front window, crying.”

Nine months after his deployment, JD came up with a great way to reconnect with his beloved pup from miles away. He mailed home a shirt he’d worn so that Brindle could get a whiff of his dad. Since dog’s noses are 40 times better than human noses, Brindle loved the ‘stinky’ shirt.

And his mom was quick with the camera to capture the dog’s reaction. The couple’s other dog, Xavier, was quite confused by the commotion Brindle was making, as you can tell in the video down below.

Rachel also missed JD and took a moment with the shirt before she gave it to Brindle.

“I had to take a minute with the shirt for myself before I could share with Brindle,”

Good thing, because Brindle was soon wearing the shirt around the house, reluctant to give up the smell of his dad.

The video Rachel posted on Facebook eventually reached over 600,000 views. Brindle’s reaction is a combination of a playful roll on the shirt and a roll to cover himself in his dad’s scent. The pup’s tail wagged happily the entire time, as Xavier cautiously sniffed out what was happening on the floor.

Brindle only had to wait a few more months before he could smell his dad in person. JD returned home from deployment in 2019. Rachel reports that Brindle jumped with joy at seeing his person and refused to leave JD’s side.

Rachel and Xavier are happy to have JD back home, too. Perhaps not quite enough to roll in JD’s smelly clothing like Brindle, though. Dog parents know how ecstatic their dogs are when they return from stepping outside for five minutes. You can just imagine how difficult it was for Brindle to be away from his dad for a heck of a lot longer than five minutes. Watch his adorable reaction to his dad’s ‘smelly’ shirt below. 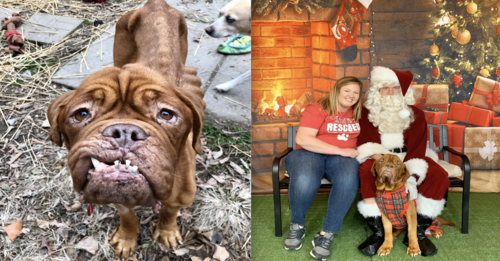 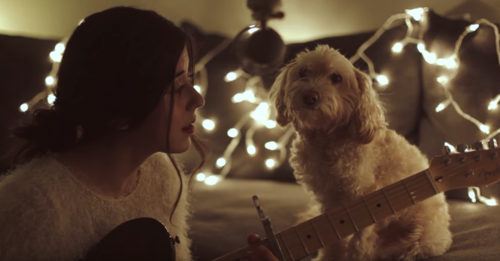