Shy Dog Lived At A Shelter For 3 Years. The Staff Refused To Give Up On Him.

First impressions are important, and those of us who have adopted dogs from shelters know this to be true. When you meet the right dog, you just know. Sadly though, some dogs that end up in shelters don’t quite know how to socialize, and that makes giving a good first impression to a potential adopter difficult.

This was the dilemma of an adorable beagle mix named Banjo. Banjo was originally found alone in the woods at just a few months old. He was then brought in to the Gloucester-Mathews Humane Society in Virginia.

Though Banjo really came to life while playing outdoors, he didn’t like living in the shelter very much. He was shy, afraid of people, and wasn’t nearly as playful indoors.

When visitors came to the shelter, instead of greeting them with a lick or a tail wag, Banjo would cower in the corner of his kennel. As the years went by and no one brought him home, he eventually became the shelter’s longest resident.

The shelter staff and volunteers weren’t going to stand for it.

April Martinez, Executive Director of the Gloucester-Mathews Humane Society, explained that they didn’t want his fearful past to affect Banjo finding a forever home.

“As a feral dog, he was incredibly shy, fearful and understandably scared of folks, so we have worked with him diligently since early November 2016 to get him not just used to people, but get him used to company of people.”

As long as he’s been in the shelter, the staff has been working extremely hard getting Banjo used to people. He went through their behavioral program designed to help fearful dogs like him get more comfortable with people and eventually adopted.

“We are determined to work with Banjo and wait to find his family as long as it takes. If it takes us three more years or two more weeks, we have made a great investment in Banjo because we believe in him and we believe in the value of his life.”

Seeing how much he’d grown in his time at the shelter, staff was confident that he would make a great addition to a family. He just needed a quiet home with patient family who understands they need to slowly earn his trust.

Fortunately, Banjo’s story made it to the news and shortly afterwards the shelter received dozens of adoption applications for him. On September 13th they announced that he had found his forever home at last!

The shelter will be helping Banjo adjust to life with his new family, as if they haven’t put in enough hard work for this adorable pup already. Talk about time well spent!

Every dog deserves a second chance, even ones who aren’t so good at first impressions. 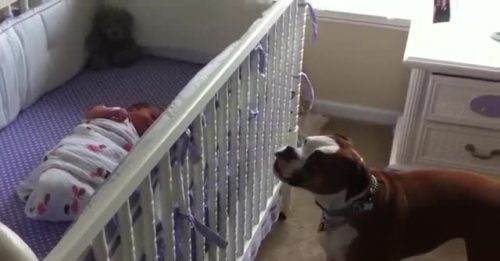