Does your heart beat to the rhythm of folk songs, rich history, and rolling green lands? Then, perhaps you should dub your new pup with a name inspired by Irish culture. Plus, the Irish and their Celtic traceries have long been known for luck, so giving your dog an Irish-inspired name might just imbue them with a lifelong lucky streak. Maybe a lucky dog name will help your furry leprechaun hunt down a pot of gold at the end of the rainbow!

Also known for their ancient lore, the Irish hold within them the echoes of history. Gifting your dog with a name that honors Ireland’s past might give your dog a noble and wise air as he grows from puppy to hound.

Lucky and wise? Sounds like two great qualities any dog would be proud to possess!

So, think of green meadows and good stout beer as your peruse this list of Irish-inspired dog names.

Nothing like a four-leaf clover to bring good luck. Can’t you just imagine a darling girl puppy tripping through the green grass as she responds to calls of “Here, Clover!” The cuteness of such an idea feels as heady as a shot of fine whiskey! 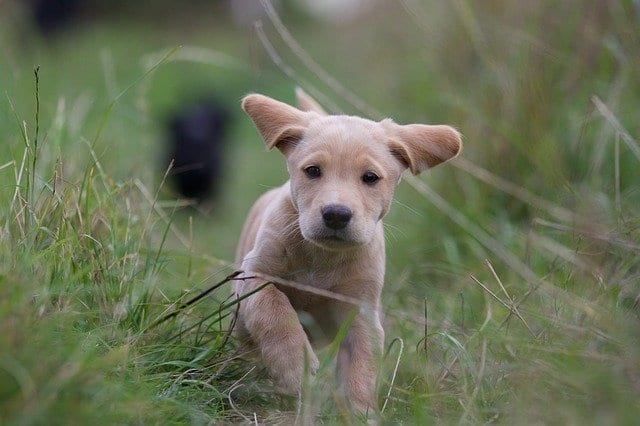 What a cute name for your cute, little lucky charm! And beyond a lucky dog name, this choice will lend your hound a certain grace, making him quite the charming fellow.

Known as the Emerald Isles, Ireland is ripe with verdant lands that end in high cliffs overlooking the churning Atlantic Ocean. This gem of a name would be perfect to honor your Celtic love and your green-eyed lassie. 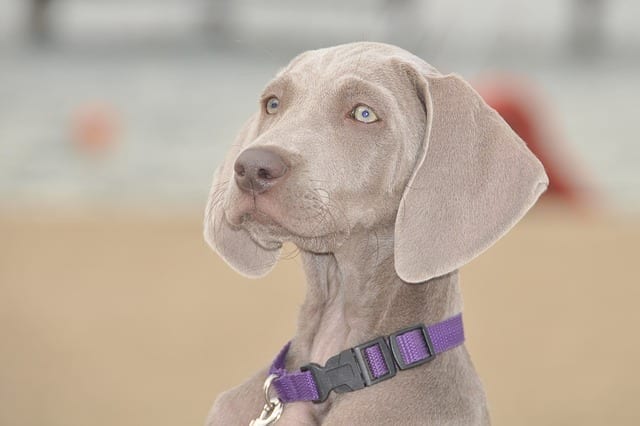 Why not name your red-headed pooch after the island nation itself, what could be luckier than that? Plus, in one well-chosen name, people will know of your love for Ireland and its many charms! It could help you and your pup enjoy the company of new friends who appreciate the Celtic life too.

St. Patrick’s Day is the ultimate global celebration of all things Ireland. If you get your new dog on or around this day celebrating Ireland’s patron saint, Patrick might be a great name choice. Plus, you probably won’t hear it at the dog park! 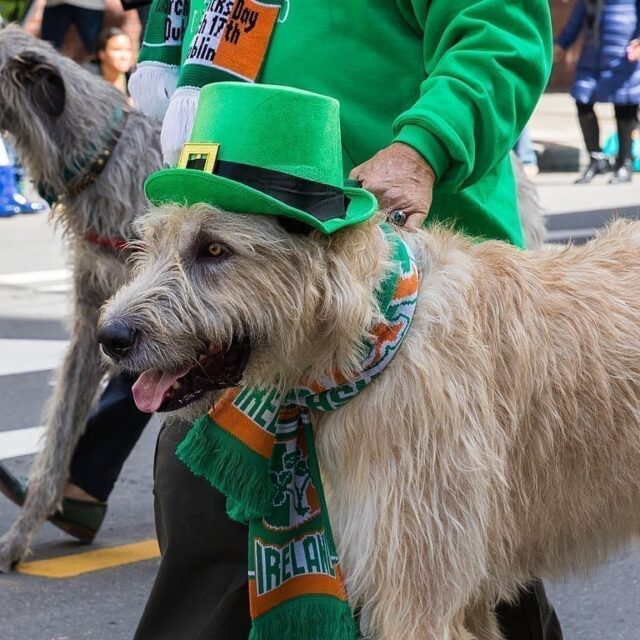 A shiny, new penny is considered the best of luck, especially if found heads up, so why not name your red dog Copper if you’re searching for a lucky dog name? It’s a rich choice for a red lab or golden retriever. 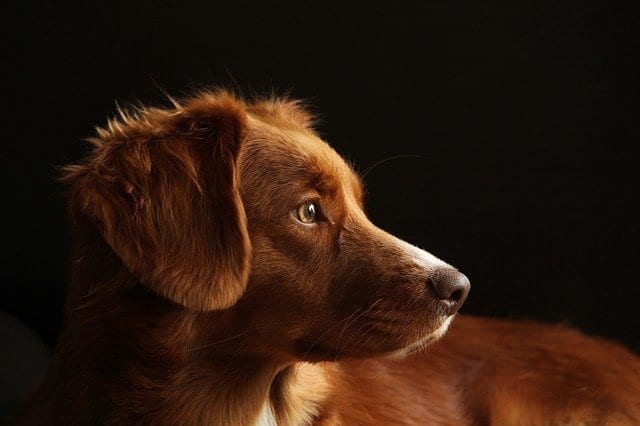 Like Copper, this is a great dog name idea for the new red-head in your life. Plus, we all know picking up a penny affords a person good luck and since you’ve just adopted a puppy, it looks like you’re already on a lucky streak!

Still looking for the perfect lucky dog name? Keep on scrolling to uncover the right name for your canine treasure!

If you’re bringing home your new best friend in March as the world celebrates St. Patrick’s Day, why not name him or her after the month itself? That surely makes for a lucky dog name, but you might have to beware the ides of your pup March with this moniker! Ireland is a land guarded by saints and since you have a new guard dog in your life, the name Saint may not only bring you and your dog luck and wisdom, but bless your home as well. Seems like a good name to us and hopefully the choice turns out to be a self-fulfilling prophecy about your dog’s behavior!

A puppy with such a colorful name can expect a bright and beautiful life! Together, you and your new furry friend will live fairyland dreams and hunt for the pot of gold at the end of each rainbow.

A Puca (also spelled Pooka, Phouka, Puka, etc), is an Irish goblin that can be the bearer of both good and bad fortune and likes to play tricks on humans. It makes a fun and unique dog name too, one that could easily fit a mischievous personality. 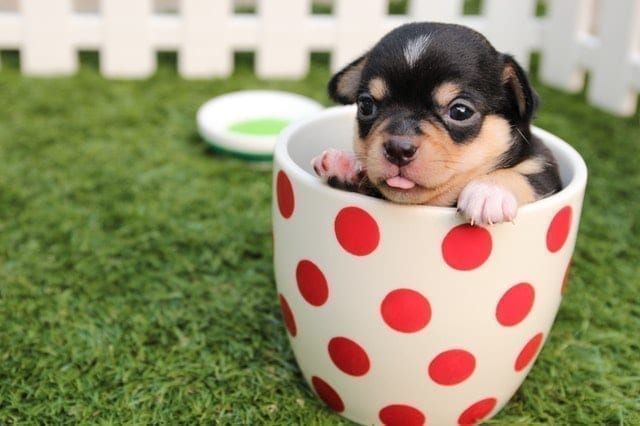 Goldie, or even Golden, would be a great name for the fair-haired dog you treasure above all else. After all, dogs are definitely worth their weight in, well, gold.

Naming your dog after the capitol of the Republic of Ireland is sure to bring her good fortune for the rest of her life. A city rich with culture and history, any dog would be proud to bear such a strong name. 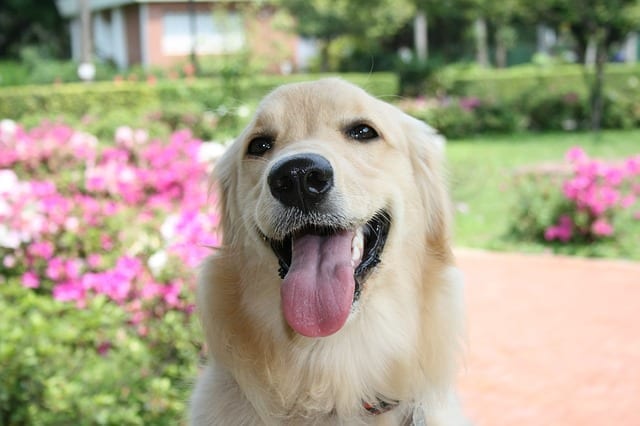 Known as “black gold” native to Ireland, it’s a lucky dog name for a black dog or fine hound with a bit of Irish in their veins. If you’ve got a hound who loves to cut loose and have a good time, Guinness might be the ideal choice as well.

While already a very popular dog name, it had to be included on this list. Plus, it’s a great choice because we are definitely lucky to have dogs in our lives. 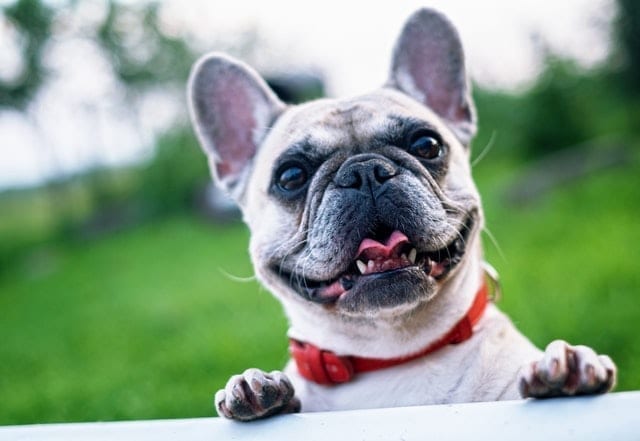