Inter-dog aggression is normal and acceptable among wild dogs. It serves many important purposes from establishing pack heirarchy, to defending offspring and self preservation.

To your dog, displaying aggressive body language, growling, snarling, and even snapping at another pup makes perfect social sense in certain situations.

In most cases, two dogs can work out their differences without escalating to a fight, but if your dog’s aggressive reactions are frequent, extreme, and irrational, it is time to consult a trainer or behaviorist.

There are several reasons for aggression in dogs, but these 7 triggers most frequently lead to dog-on-dog drama.

Fear is the most common reason for dogs to behave aggressively toward their own kind. Fear-based reactions may be caused by a lack of prior socialization, a history of negative experiences with other dogs, or punishment-based training/abuse from humans.

When dogs feel cornered by another pup, they are forced to react with submission or aggression, since flight is not an option. They may try rolling over on their backs or submissively licking the other dog. They will cower, flatten their ears, avert their eyes and pant. All of these physical cues indicate that a dog is fearful, and if they are unable to escape the source of that fear, their avoidance behavior will eventually turn to snarling, growling and snapping.

Aggression toward another pet can be a tell-tale sign that a dog is experiencing a painful medical condition. If your dog typically loves to romp and play with his fellow canines, but suddenly becomes short tempered and quick to snap, he may be suffering from arthritis or a more serious ailment. It is best to consult your veterinarian whenever a major change in your dog’s temperament is observed.

Some dogs are aggressively possessive of the foods, objects and humans they cherish most. They may lunge and snap at another dog for simply getting close to their favorite toy, bone, bed or person. This behavior is normal in a pack setting, but not acceptable in a domestic setting. If left unchecked, resource guarding can escalate to fighting or extend to the humans in the home.

Dog trainers recommend working with new dogs to proactively prevent food and resource guarding from developing. Learn more here. If your dog already displays severe resource aggression, do not try to solve it yourself! Consult a trainer, veterinarian or behaviorist.

It is normal, and to some degree, desirable for our dogs to be protective of us and the place we live. Territorial and protective behaviors become a problem when the dog becomes hyper-vigilant with guarding his perceived territory and refuses to let other dogs or humans enter, even when there is no real threat.

When a dog is unable to approach the source of his aggression he will sometimes redirect that frustration toward another pet, or even a family member. A good example would be two dogs barking at the mailman from behind a fence. When one realizes he cannot get to the mailman, he may turn and attack his companion instead.

Whenever several dogs coexist together, a heirarchy is established to determine which pup is first out the door, first to eat, etc. If a lower pack member challenges this balance or oversteps his bounds, the alpha dog will correct him with mild displays of aggression such as a growl or a “gentle” snap.  The top dog may also reinforce his status from time to time by blocking a doorway or bullying another pooch out of his favorite nap spot. 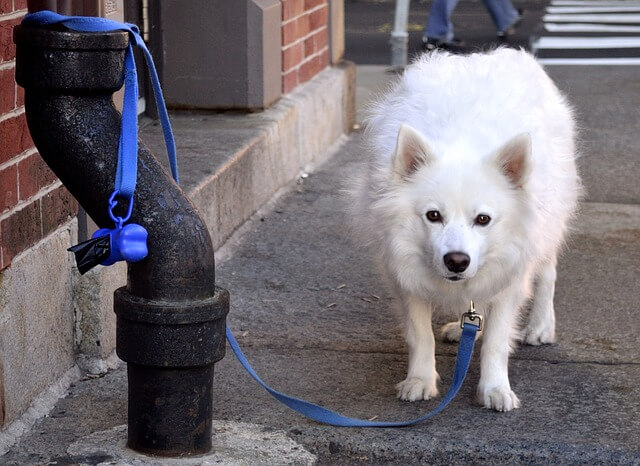 Recent research has found evidence linking higher levels of the hormone, vasopressin to increased leash aggression in dogs. Further study is needed to discover just how big a role this hormone plays. If vasopressin truly is a major factor in canine aggression, it can be treated by naturally increasing oxytocin and with pharmaceuticals.