Ask A Vet: Why Does My Dog Always Run Off When I Give Him A Special Treat?

Have you ever been excited to give your dog an extra special treat or chew and when you hand it over she grabs it and slinks away like she thinks that you are going to steal it back? You are not alone. Many dogs have this custom and it can seem like a personal insult to you as the bearer of wonderful things, right? But don’t take it too personally. Let’s look at why a dog might behave in this way.

The truth probably lies in who your dog is instinctively. He is designed and evolved to live in a group, but is not necessarily particularly generous. Members of a functional group must consider the success of the entire group and work as a team on many occasions, but each individual also must fend for himself. The idea of resources is critical to understanding dogs. Each dog depends on food, shelter and safety and we call these things “resources”. In your dog’s mind, resources are all important, but certain ones stand out as particularly valuable. When you selected that special treat, you chose something that would be enticing to your dog (on purpose), but it is precisely the high value that creates this issue. High value resources can motivate. We use them in training because the dog is more likely to be motivated by something that he really wants for himself.

Human beings might think that because they were the one presenting the treat, the dog would be well aware that they weren’t going to take it back, but it’s just not that simple. It’s your dog’s instinct to seek privacy to enjoy the high value resource and not have to share. He might feel he needs to keep it where he thinks no other members of the pack will see it. It isn’t a personal affront. It isn’t that he doesn’t know it came from you. It is just his natural instincts telling him that he should value something special and use it to promote his own personal survival. 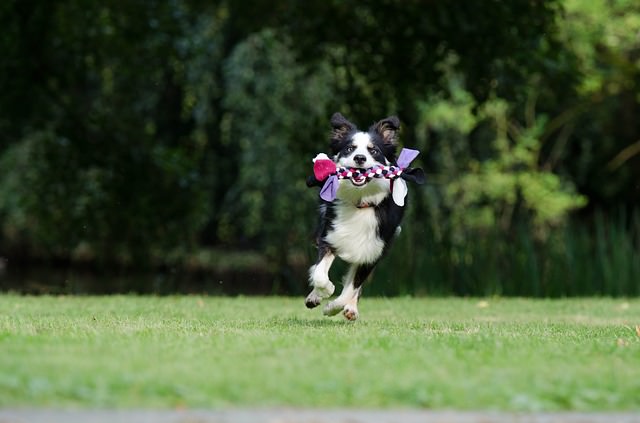 Your dog sees you as a part of the family group and although he wants the group as a whole to flourish, he is also aware of his own survival and the special treat you gave him is a high value resource. His choice is not strictly selfish. It is more of an evolutionary “survival of the fittest” adaptation, so don’t be offended. Be glad that you chose something to give that was truly valuable. In the end, it is your own status as the provider of amazing things that makes you both happy.