Why do dogs eat grass? It is common question and there are lots of guesses. It seems to be a commonly held belief that dogs eat grass when they feel nauseated and many of my clients mention this to me upon presentation of a vomiting dog. Other people think that it is an indication of a dietary deficiency.

When I looked into this phenomenon further, I discovered that not much research has been done on the subject. One group of veterinarians did examine it. Drs. Sueda, Hart and Cliff performed a survey in 2008. (1) Their study was comprised of more than 1500 client owned dogs. They found that of the 86% of dogs that were reported as ingesting plants (primarily grass) only 8% showed signs of illness prior to the grass eating and 22% vomited after eating grass. The dogs that seemed sick prior to the grass ingestion were the ones most likely to vomit after. 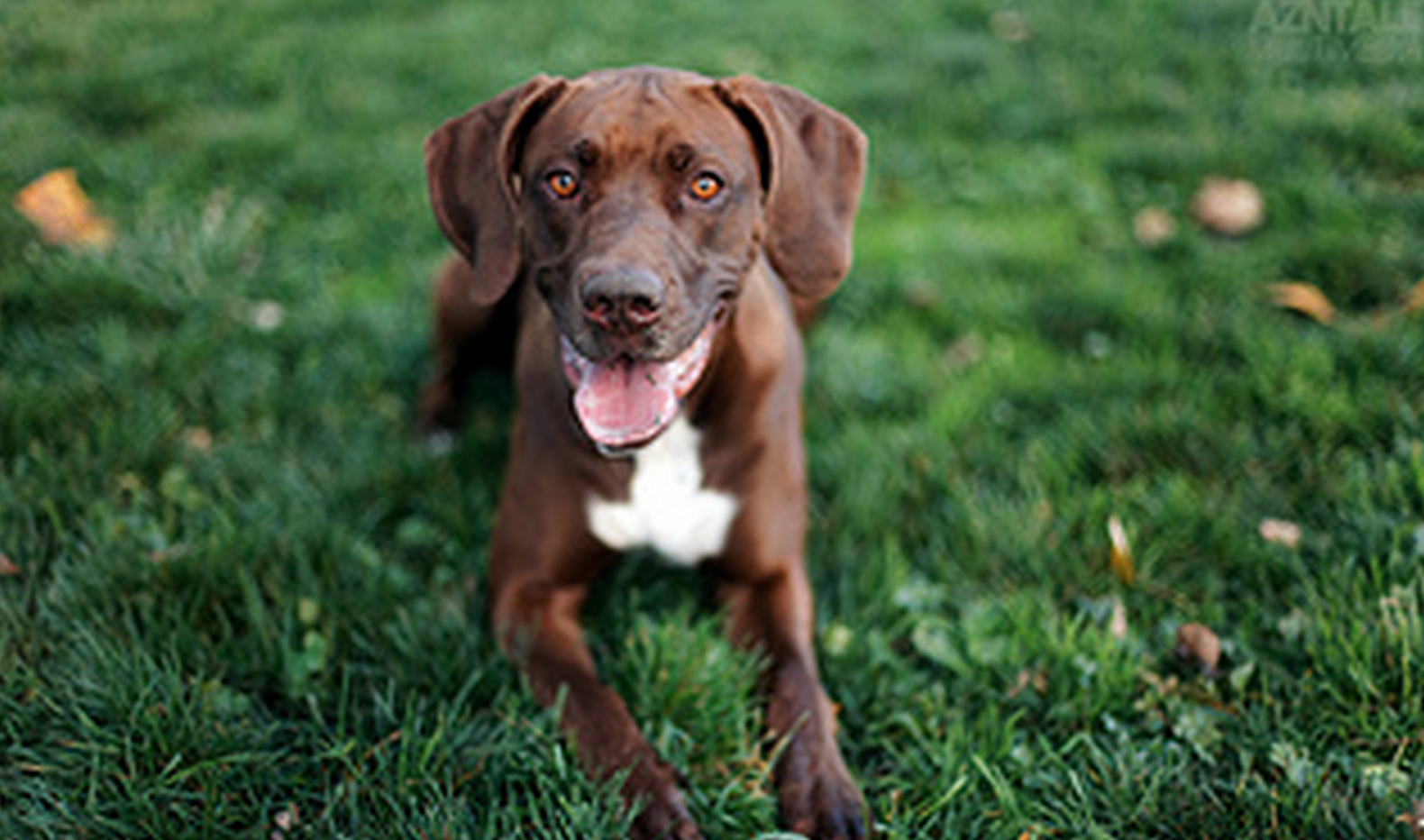 The dogs in the study were fed a variety of different diets and there appeared to be no correlation between what the diet was comprised of and the likelihood of grass eating, so the explanation regarding dietary deficiency was not proven here either.

This study concluded that grass eating is a normal tendency inherited from dogs’ wild ancestors. These investigators cited studies in wild chimps that suggested they ingest plant material to increase intestinal motility and help rid them of intestinal parasites (2).

These answers were not entirely satisfying to me. I agree that it is normal behavior, but WHY? Does anyone really know?

I was perusing the Public Library of Science and I happened upon an article about the giant panda. Giant pandas are a unique species because they have very specific diet choices, in fact, they only eat bamboo. It is a predilection that many feel will cause the extinction of the species as a whole because having a diet that is so specialized makes them vulnerable to climate change. Habitat destruction will effectively eliminate the only food source and they are not adapted to change. Scientists try to understand the giant panda and explain this unusual diet requirement in efforts to save them.

Eating behavior is a very complex interplay of internal chemicals, including dopamine which is thought to be associated with pleasure-reward in many species. The experts’ findings seemed to suggest that the giant panda has a deficiency in their dopamine system and that the bamboo may be able to help stimulate dopamine metabolism.  Eating bamboo allows the panda to experience “reward” (i.e. pleasure) and so the panda chooses to eat it. (3) These researchers want to know more about what the bamboo may contain specifically, but their findings are exciting and I wonder if this study could explain the grass eating behavior in dogs. Perhaps grass contains something that triggers a pleasure reward for your dog. I think that maybe dogs eat grass because it produces a chemical reward for them. Maybe the simplest explanation is the best one-dogs eat grass because they enjoy it!

Whatever the reason, dog owners can be assured that grass eating is a common behavior of normal, healthy dogs. If your dog seems sick or vomits more than occasionally (whether associated with grass eating or not), you should see a veterinarian. Also important that all dogs should be on a regular and comprehensive de-worming program that is overseen by their regular veterinarian regardless of whether they eat grass or why.