A family was heartbroken when their foster pup made a run for it on a cold winter day in Canada. After managing to escape from his home, a community came together to reunite him with his foster family.

Rod is a 10-month-old Bernese Mountain dog with a shy temperament. Rod struggled so much in socializing with others he was placed in a foster home with a couple named Miriam and Hugh Campbell. The two have skills in helping furry friends come out of their shells, making them the perfect team to help the pup. 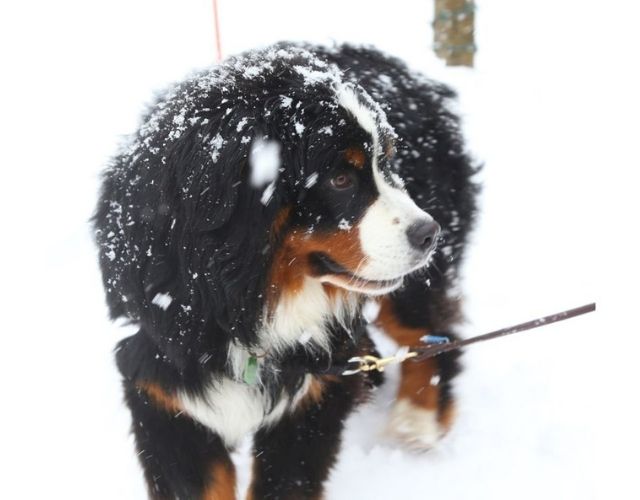 In fostering Rod, the fuzzy pup became more and more comfortable. Rod became so secure in his own skin that he was brave enough to bolt out the Campbell family’s door one evening. Even with chasing after Rod the moment he made a break for it, his foster family could not keep up.

Miriam and Hugh’s daughter Ellie Methot was so attached to the timid pup she was first on the scene in the search for their missing fur-friend. Ellie turned to her husband, Marc Methot, a former hockey player for the Ottawa Senators, and his Twitter following of over 67,000 to drum up a devoted search team. Within minutes, there were sightings of Rod all over town.

Ottawa Police Constable Stephen Kirtz had been searching for Rod from the moment he saw the Twitter post. He soon ran into the missing pup while canvassing the area, but could not capture him due to Rod’s fear of new people. Unable to catch him, he spent the next few hours trying to keep him away from traffic.

“He just kept running down the middle of the road. Probably 10 or 15 times I leaped to catch him, but I couldn’t get him. I even threw my lunch at him.” – Const. Stephen Kirtz

Rod soon escaped his sight, and as darkness fell upon the Canadian city, he remained undetected until morning. 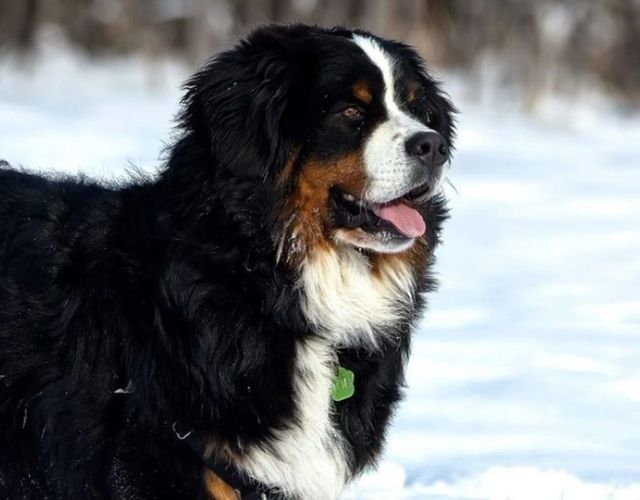 Early the next day, everyone was back out on the hunt. The search team canvassed the area by vehicle, by foot, and through online tips coming in from around the city.

Across town was another Bernese Mountain Dog owner that heard about Rod’s situation. With a gut feeling he could not explain, Logan Blaire set out on his own hunt to find Rod.

“I just had this really odd feeling that I had to go look for him.”– Logan Blaire

Logan and his girlfriend started their search at the nearby train tracks in hopes of searching an area that had not yet been touched. Thankfully for the escaped pup, he was finally in sight!

Rod was hiding in between a fence and a large pile of snow-covered debris. It seemed as if he reached a dead end in the path, causing him to remain in one place when Logan made the call to his foster parents.

Within minutes, Ellie and her parents were on the scene and eager to reunite with their favorite foster pup. Rod’s eyes lit up the moment he saw his favorite people, and he greeted them with an eager tail wag and kisses.

“The amount of love and support from absolute strangers. Honest to God, I can’t believe we live in a city where so many people are willing to do that for someone they’ve never even met.” – Ellie Methot

We are so thankful Rod had such an amazing team of animal lovers supporting him through this terrifying time and that he is now safe and sound!