Male dogs are notorious for start-and-stop walks that consist of them spreading their manly scent across the neighborhood, but they’re not the only dogs that mark their territory with urine. Female dogs also urine mark, and they usually have a good reason for it—at least if you’re a dog. You’ll know your girl likes to mark when you find yourself stopping frequently on walks to let her squat and let out a small amount of urine. In worst case scenarios, she might even mark things inside your house by leaving behind surprise pee puddles. If this sounds familiar, here’s what it means. 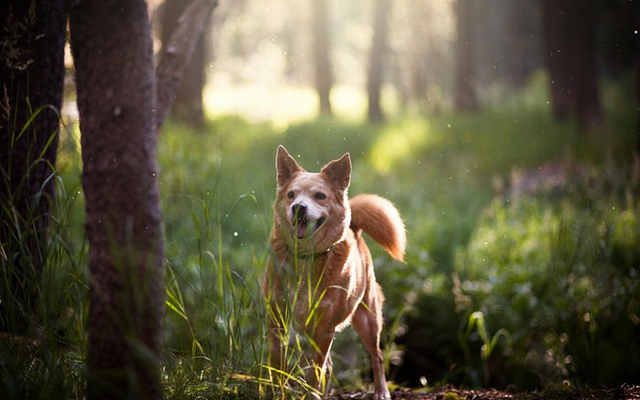 It might all look the same to you, but there are actually different kinds of urine marking, and their self-explanatory names make it easy to keep them straight. Over-marking is when a dog smells the scent of another dog and decides to pee directly over that spot. Their aim might be a little off, but their goal is to completely cover the old scent with their superior smell.

The other option, adjacent-marking, is exactly what it sounds like. Instead of peeing directly on top of another dog’s scent, the dog will mark an area next to it. Adjacent could mean a few feet away or sometimes only a few inches. You probably can’t tell one area of grass from another without a black light, but your dog’s strong sniffer can locate exactly where old pee is and where it isn’t.

Dominant male dogs are the biggest culprits of over-marking. They like to assert their top-dog status by snuffing out one scent with their own. Female dogs, however, are much more likely to adjacent-mark. In fact, a study conducted in 2011 found that over-marking is rare for females. The study took place in a dog park where researchers observed the bathroom habits of male and female dogs. During their time at the park, several female dogs took part in adjacent-marking, but none of them over-marked. 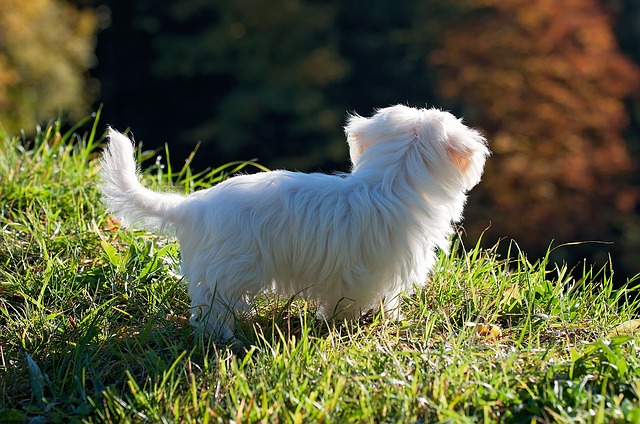 The study gives insight into marking habits of female dogs, but many pet owners observe their females over-marking on a regular basis. Some female dogs take marking to the extreme and do awkward-looking handstands with both their hind legs off the ground in order to over-mark on vertical surfaces. The reasons behind why dogs mark are not set in stone, but researchers know leaving behind a scent is serious business for dogs.

To Attract a Boy

Female dogs that have not been spayed make up the largest population of female dogs that mark. They’ll slow you down during a walk most often when they’re in heat and when they’re about to be in heat. In this case, marking is their method of sending out calling cards to all the eligible bachelors on the block. Chemicals in their urine emit a distinct smell that tells other dogs they’re ready to mate. When a male dog walks by and catches a whiff, they’ll know your girl is somewhere nearby and ready to reproduce.

While males are generally known for being the more dominant sex, that doesn’t mean female dogs aren’t concerned with social status. Social status in the dog world is all about the pack. Dog packs are made up of leaders and followers, and the system only works when each dog knows where they fall in the hierarchy. Your dog might not be in a traditional pack, but those instincts govern how they interact with other canines.

Dr. Becker with Mercola Healthy Pets explains there will always be dominant and subordinate dogs, and the message a dog leaves behind in their urine is their way of asserting their position over other dogs. When you’re out on a walk, your female dog could be marking to make sure other dogs that pass by know her status. In your home, your female dog could be marking to send a message to another pet or even a human family member. She feels the need to establish her place in the hierarchy, and marking is how it’s done. 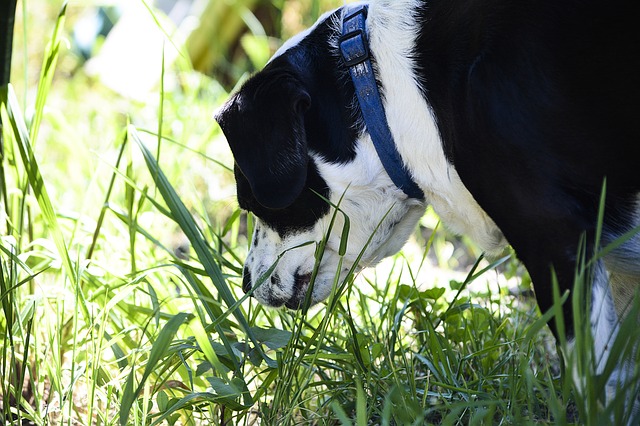 To Express Stress and Anxiety

Some dogs are especially prone to anxiety and choose to express their feelings through marking. A new baby in the family, a new pet, a change in their environment, or a conflict with another family member are all possible triggers for a dog’s anxiety. Marking can sometimes stem from feelings of insecurity and can happen both outside and inside a home. If the issue has to do with another family member, the marking will most likely happen inside near objects that smell like the family member they’re having a problem with. American Kennel Club says,

“If she’s already spayed, then anxiety is probably underlying the behavior. If the cause of the anxiety can be addressed, the urine-marking will cease. “

If your dog marks due to anxiety while they’re outside on a walk, there could be something in their environment that makes them uncomfortable. Dr. Becker points out sending and receiving “pee mail” is a way for dog to communicate without coming in contact with each other. An anxious dog might mark an area as a preemptive strategy to avoid potential conflict with another dog.

Should You Be Concerned?

Urine marking is natural instinct for dogs. It’s a method of two-way communication that’s an essential part of their interactions. When your dog stops you during a walk to sniff a seemingly inconspicuous light pole, she’s actually collecting information left behind by another dog. They can tell that dog’s gender, whether they’re spayed or neutered, if a female dog is pregnant or in heat, if they’re stressed, and what their social status is. And when your female dog decides to urinate in a particular spot, she’s leaving behind a message of her own.

It’s easy to think your dog is randomly running around and peeing on everything, but their decision to leave behind a mark is anything but random. Dogs choose which scent messages are important to pay attention to, when their reply is needed, and when they can move on without leaving a mark. It’s more complicated than peeing on everything in sight, and it’s a completely natural behavior. Stopping and starting on a walk can get tiresome, but remember the reason why you leashed up in the first place. When you take your dog on a walk, you’re doing it for their benefit. There’s always the added advantage of getting your own exercise, but after waiting hours for you to come home and following your arbitrary human rules, your dog’s walk should be all about them. Animal behaviorist Marc Bekoff Ph.D. says,

“When it’s dog walk time, let your dog set the pace and let their walk be for them. Let them sniff and pee to their heart’s content and enjoy the fact that you are allowing them to be dogs.” 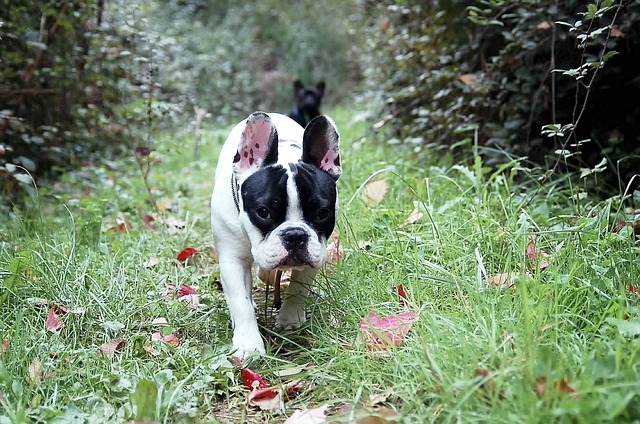 There’s an obvious difference between a dog marking out on a walk and one that marks inside your house, however. If you’re finding pee puddles in particular places inside, first check to make sure your dog is actually marking or if there’s something else going on. It could be an issue of house training or a medical problem. If it is indeed marking behavior, consider Pets Web MD’s advice to first determine if the issue is being caused by a social conflict or anxiety. By resolving that issue, the marking will most likely stop. And as always, a professional dog trainer will be your best option when you’re not sure what else to do.