When your dog runs away once, it’s stressful. But as long as you get them back in your arms, it doesn’t take long to forgive and forget. Having a dog that is constantly slipping out open doors and digging under the fence, however, is a different story.

You take it personally when your dog acts like they want to be anywhere but home. It feels like they’re betraying your bond every time they run away, and it’s easy to think your flight-risk of a dog is telling you off. This can be true in extreme cases, but if you’re providing a safe, comfortable place for your pup to call home, their message most likely isn’t so extreme. It’s not necessarily that your dog doesn’t like you, but there are several reasons why a serial runaway never seems to stay at home. Here are a few ideas. 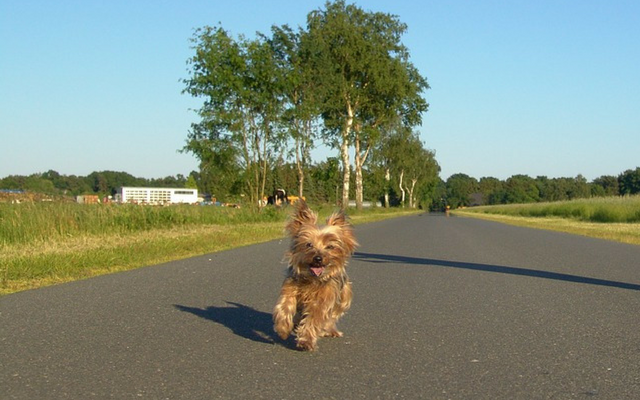 Dog Discoveries lists boredom as one of the main reasons why dogs like to run away. Dogs that are kept all day, every day in the same area quickly realize they’re missing out on life. They’ll spend a few minutes patrolling their property, marking the same trees for the hundredth time, and making sure the neighbor dog is still where he belongs, but the list of things to do isn’t long. Even chasing squirrels and digging up the flowerbed gets old.

Eventually, an under-stimulated dog will want more. They’ll look through the window or the slats in the fence and see a whole world ripe for exploring. There are people walking on sidewalks, cars zooming by, and the wind wafts in tantalizing odors from nearby dogs and the neighbor’s pesky cat. To them, the grass is greener and more exciting on the other side of the fence. Once they figure out a trick to getting out, they’ll take every chance they can to relieve their boredom.

Certain dog breeds, like Rhodesian Ridgebacks, Labradors, Airedale Terriers, and Siberian Huskies, are known for having high prey drives. Some are bred as hunters and their urge to chase everything that moves is why they’re good at their jobs. Others are simply extra reactive to moving objects and love the thrill of the chase. Either way, a dog that likes to chase has an increased risk of running away. A child riding their bike on the road, a squirrel dashing across the street, the neighbor’s cat hiding under a bush–it’ll all entice their natural instinct to start running. Even a leaf floating in the wind or a passing car can look like proper prey for a cooped-up pup. Instead of running away from you, your prey-driven dog is running toward something, and they’re having fun while they do it. 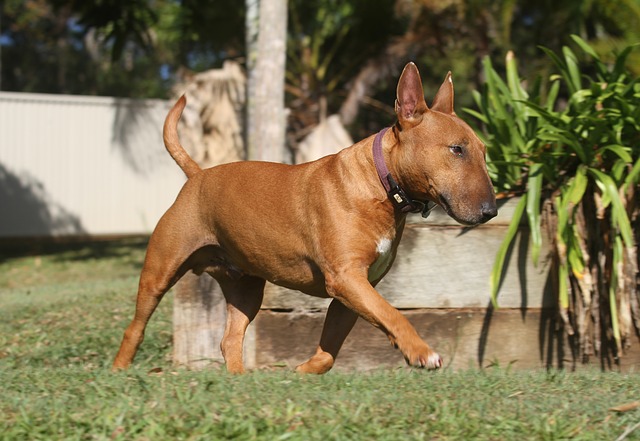 Unaltered male and female dogs often run away from home in search of a mate. Unaltered males can pick up pheromones from a female in heat at an incredible distance. They’ll spend all day sniffing through the open window, and when they finally get the chance to slip out the door, they’ll follow their nose for the chance to mate. Pet Web MD says,

“An intact male will do just about anything to find a mate! That includes digging his way under the fence and making like Houdini to escape from the house. And once he’s free to roam, he risks injury in traffic and fights with other males.”

Males are notorious for getting into trouble all for the sake of a lady dog, but females do it too. It’s not uncommon for a female in heat to take off on her own in search of a suitable male partner.

Suitable mates aren’t the only ones dogs risk the great outdoors for. Dogs dread the moment their favorite human exits through the front door, and they’ll do everything they can to be reunited. In their minds, they’ll be one step closer to finding their long-lost owner if they make it out of the house. If the dog can see you drive away, they might burst through a screen door and take off after your car. If they can’t see you, they’ll run in the direction they think you went and most likely get distracted along the way.

Tips for Stopping a Dog From Running Away

Once you’ve determined the reasons your dog is running away, you can work on putting a stop to the behavior. Every time your pup gets outside without your supervision, they put themselves at risk. They could chase a cat straight into traffic and get hit by a car, get permanently lost without food or water, or be picked up by someone with threatening intentions. It’s in your dog’s best interest for you to find a way to keep them at home. Try these tips to help. #1 – Keep Them Active and Stimulated

Your dog will be less likely to envy what’s going on beyond the fence when they’re busy playing, exercising, and spending time with their people. Take your dog on daily walks so they can explore the world under your supervision. When you’re at home, make time in your schedule to give them your undivided attention. Play games, work on training, and introduce new toys to ensure they never get bored.

Walk along your entire fence line looking for vulnerabilities. Make sure it’s too high for pup to jump over, fix loose planks, and lay bricks at the bottom where your dog might be tempted to dig his way out. For inside the house, make sure all doors and windows are secure, and never leave the screen door open and the dog unsupervised. A flimsy screen will be no match for your dog when a squirrel dares to trespass on their property. ASPCA lists several reasons why it’s important to spay and neuter pets. Some of the top benefits include no unwanted litters and preventing cancer in both male and female dogs. They also recommend it for dogs who like to run away. Spaying and neutering will staunch the dog’s urge to mate. They won’t feel the overwhelming desire to burst through the door in search of a partner.

No matter what you do, some dogs are born escape artists. Besides microchipping and putting an ID tag on their collar, training them to have a reliable recall is your best chance at getting them back. The biggest mistake dog owners make when training a dog to come is to punish them when they don’t listen. If your dog doesn’t come when called and you end up yelling at them, you’re reinforcing the idea that they don’t want to get caught. But if you act like they’re the best thing in the world every time they approach you—even if it took several minutes and you had to chase them down—they’ll eventually learn good things happen when they come when called.