Some photos below are graphic. Scroll to the bottom to see what Gus looks like now!

When animal activist Rob Acuna and some friends saw a photo of a stray dog with a severely swollen head on Facebook, they knew they had to find him and help him. For over a year the dog had wandered in the area near a Southeast Houston apartment complex and had suffered unimaginable cruelty.

They searched the area where he had been spotted for hours, and just as they were about to give up for the day they noticed a foul smell in a small enclosed room behind a metal gate. As they were about to enter to investigate, the dog stepped out of the shadows.

His body was skinny and frail-looking, but his head was swollen to an unnatural size. The dog was skittish and had good reason to be – it was obvious that the people he had met before were not at all kind. His rescuers managed to block the opening to the room and get him into a kennel. They named him Gus and took him to Houston K-911 Rescue where he could receive care.

Rescues often see cruelty, but Gus’ appearance truly broke their hearts. Not only had someone hurt him, but for over a year, nobody had tried to help him until Rob and his friends came along. Anna Barbosa with Houston K-911 Rescue told KHOU:

“For however long, nobody did anything for him and he got to that condition.”

A small miracle, Gus’ bloodwork was fine and he was miraculously heartworm negative. But there was much more bad news than good. Veterinarians discovered that the shoelace had been tied tightly enough to embed itself into his skin and must have been there for over a year. They also found 25 pellets all over his body from someone shooting at him with a pellet gun.

The shoelace was removed, but it left a large open gash that circled his entire neck. He was given time to rest before surgeons took another look at the wound to clean and evaluate the damage, but when they did, they found hard scar tissue near major ateries in his neck that may be restricting blood flow. The surgeon felt it was best to send him to a Texas A&M clinic to have the scar tissue removed by a specialist.

He arrived at the clinic and immediately went in for evaluation and surgery. Doctors were able to remove about 2/3 of the scar tissue in his neck, but he began to bleed profusely and they felt it was necessary to give a blood transfusion and stop surgery for his safety.

Gus spent Labor Day weekend resting. Houston K-911 Rescue reports that he is now eating full meals and is in stable condition, but he hasn’t see his last surgery yet. Doctors still need to remove the problematic scar tissue near his arteries.

Houston K-911 Rescue is being optimistic on his behalf, and are working hard to keep him comfortable. For perhaps the first time ever, Gus has people cheering for him and treating him with kindness. He can rest and eat without any pain, and there’s hope for his future. The rescue has steak and ice cream planned for him when he’s ready to get back to the shelter, and he’ll be thrilled to know that a friend of his – a small stray who kept him company at the apartment complex – was picked up over the weekend by the rescue!

Gus’ story was shared all over, and donations and messages of love and support poured in. According to KHOU.com, over $8,000 has been raised for Gus’ care.

If you’d like to help support Gus, you can donate at houstonk911rescue.org. You can show your support for Gus by following his recovery at Gus’ Journey or Houston K-911 Rescue on Facebook.

It’s been 9 months since we shared this story, and Gus has come a long way! We knew he’d get better, but we didn’t know he’d be such a handsome boy!

Gus spent a few months with a sweet foster mom, but was eventually adopted by the founder of Houston K-911 Rescue, Anna Barboza! He has the happy family and spoiled life he should have always had!

“Boy oh boy do I have some news to tell you all! You’re probably wondering why I am passed out so peacefully, no I was NOT drinking….I repeat NOT drinking! See I have figured out that emotions of any kind can wear you out, well it’s been an emotional day you see. Today I found out I have found my forever family!
“That’s right, you did read that correctly! FOREVER FAMILY

“You would think as the founder of Houston K-911 Rescue, Anna Barbosa would have a little tougher shell and that she would be the last one to(as we call it in the rescue community) foster fail. Well I am here to announce she FAILED big time. I knew coming in her house I had a plan, I was going to make her love me and never want to let me go and I am proud to say I have successfully done just that.

“You probably think it is my luscious good looks and irresistible personality but believe it or not there have been dogs before me that are just as good looking with just as great of personalities. I know, I couldn’t believe it either

. But me, I am the one she couldn’t let go. Truthfully, I think it was the tag-team effort by me and my foster brother Ranger that did her over.
“We will have more amazing announcements coming soon and hopefully new family pictures coming this weekend. For now I am going to sleep here peacefully knowing that I never have to worry about not being loved and cared for ever again.
#houstonk911rescue #gusstrong #thejourneyisjustbeginning“ 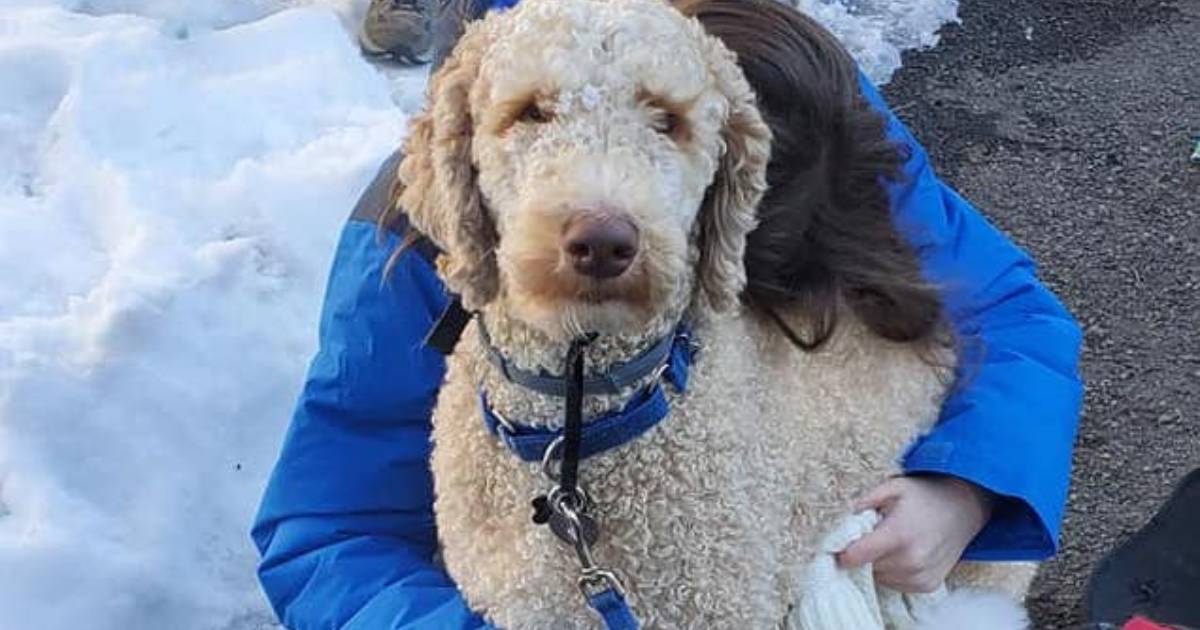