Ukrainian pet owners have faced so many obstacles while fleeing the country with their furry friends. But sadly, these struggles only seem to worsen. Natasha Hrytsenko and her sister Ira were traveling to the United States from Ukraine to stay with their friends in Virginia. However, they refused to leave without Natasha’s Maltese named Eddie.

The sisters made sure Eddie had everything he needed to travel safely between countries, but sadly, their preparations weren’t enough. When they reached the United States border in Mexico, they were told that dogs from Ukraine weren’t allowed to cross. The sisters refused to leave Eddie behind, so they tried to find another way. 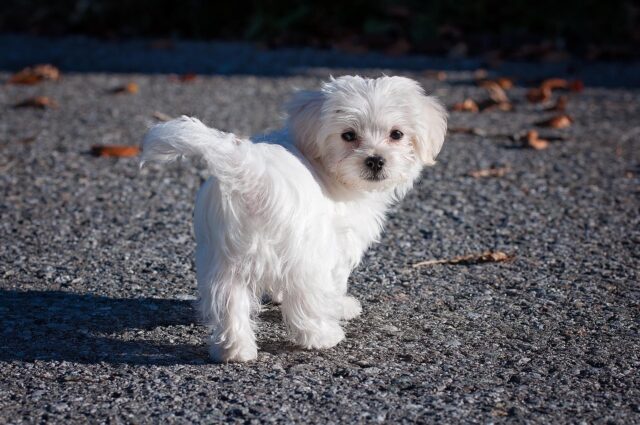 Natasha, Ira, and Eddie made it all the way to Tijuana, Mexico before they learned that dogs from Ukraine can’t cross the U.S. border. There are about 50 countries that the CDC does not allow animals to come from due to a high risk of rabies in those areas. They only allow dogs from those countries to enter the U.S. on an “extremely limited basis.”

The border crossing in Tijuana was crowded with Ukraine refugees trying to get in. At first, some pets were allowed to cross into the U.S., but now they’re more strictly enforcing the rules. Vets from other countries confirmed that Eddie was healthy and up to date on vaccinations, but that wasn’t enough for him to make the full trip with his humans.

The sisters were warned to avoid crossing the border with their pet, but Natasha refused to leave Eddie behind. So, they put their life on pause to look for other ways to bring him with them. They stayed in a dormitory for refugees until they could figure out how to cross.

Staying By Eddie’s Side

Natasha and Ira tried to figure out ways to get a permit to cross Eddie into the United States, but it soon felt impossible. So, they tried a new approach. They learned that Mexico isn’t one of the countries on the CDC’s rabies list, so an American bringing a dog from Mexico might not be questioned. In many cases, Americans bringing dogs from countries with a low risk of rabies don’t even need proof of vaccination.

A group of dog lovers from the United States was transporting dogs back and forth between Mexico and the U.S. for that reason. So, Natasha looked for someone to bring Eddie across the border while she and Ira crossed separately.

However, when it was finally Natasha and Ira’s turn to cross the border, they learned that there weren’t any Americans able to transport Eddie until the next day. They didn’t feel comfortable leaving Eddie alone overnight, so they postponed crossing the border until the next day.

The next day, someone assured the sisters that Eddie would be transported shortly. So, Natasha put him in a crate in a designated pickup spot, and the sisters crossed the border without him. Right away, they felt incredibly guilty, but there was no way to explain the situation to the pup.

“You can’t explain to a dog that everything is going to be okay,” Natasha said.

When Natasha and Ira crossed the border, they were joined by Liuba Pavlenko and her two kids, who were waiting for their Chihuahua named Maya to cross the border after them. Even though the dogs were only apart from their humans for about five hours, the families still worried. Leaving a dog alone in a different country with strangers is much more stressful than leaving them at home during a workday. 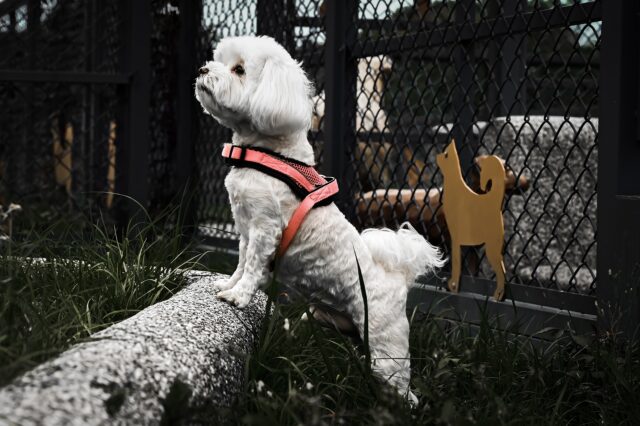 Then, Natasha received a video call showing Eddie and Maya crossing the border. She noticed that the dogs looked thirsty, hungry, and dirty, but all that would change soon. Only 45 minutes later, the dogs were back with their loved ones. After cleaning Eddie and giving him a healthy meal, the sisters were off to Virginia with their dog.

RELATED: American Puts Himself At Risk To Save Helpless Ukraine Dogs

Natasha and Ira were able to catch a flight with Eddie to their friend’s home. The process of getting from Ukraine to Virginia would’ve been much simpler without Eddie, but he’s family. They knew they couldn’t leave him behind, and all their determination paid off in the end.

Sadly, there are many Ukrainian dog parents like Natasha who are struggling to bring their dogs to safety. But luckily, Eddie’s journey gives hope to other families in this situation.