Whenever I come across a lost pet poster, my heart aches in solidarity. As a lifelong dog lover, I’ve had my share of close calls. My childhood dog was once spooked by 4th of July fireworks and ended up going missing for three very long days and even longer nights.

Megan Clemens, dog mom to a Pomeranian named Stanley, is also sensitive to the plight of pet parents in distress. On a recent walk with Stanley in Nashville, TN, she came across a very different, but equally heartbreaking, kind of pet poster.

“I always try to stop and look at the missing pet signs just in case,” Clemens told The Dodo. “When I started reading, I realized it was not that kind of sign. My heart sank of course but the message was so bittersweet it brought tears to my eyes.”

The laminated flier was nailed to a telephone pole and featured a gorgeous Golden Retriever as a young pup and a salty-faced senior. Instead of “Lost Dog,” the bold heading at the top read “Loved Dog.” The cherished pooch in question was Buster, and the poster was placed in honor of the wonderful life he lived.

“Loved Dog: Buster. To know Buster was to love Buster, and boy did I love him. Buster loved the water, running, playing ball, plush toys, avocados, chicken, meeting new friends (dogs and people), but best of all, Buster loved me. He always forgave me, always comforted me (even when he was sick), protected me, accepted me, and always stood by my side. May you find a love that does the same.”

Clemens realized she knew the dog on the poster. Buster was a delightful canine staple in her Nashville neighborhood. She and Stanley often ran into him with his owner, Elizabeth King, during their daily walks. She was sad to see that Buster had passed but charmed by the lovely memorial.

“Buster was such a sweet older pup — one you’d definitely make an effort to stop and say hello to!” Clemens said. “He was just as interested in saying hello to humans as he was to other dogs.”

It turns out Clemens isn’t the only neighbor Buster touched. The outgoing pooch loved stopping to sniff and chat with anyone and everyone, both four- and two-legged.

King had more than 10 years with her BFF, having brought him home as a 7-week-old-puppy in the spring of 2010. Buster was a ray of sunshine right from the start. Even when he began his battle with cancer last year, his focus remained on making sure King was never sad.

“During that whole time, he was still willing to go on walks with me and comfort me,” said King. “And it was so hard because I wanted to be strong and brave for him, but he’s usually the one who would give me that strength.”

“Pretty soon after I got Buster, I remember seeing on social media that some guy had made a poster for his dog and it had said ‘Loved,’” King said. “I remember thinking, ‘That’s so cute. What a great way to celebrate your dog.’ And that stuck with me.’”

She hopes Buster’s bio can continue to bring smiles to the faces of passing neighbors.

“I want people to know they are worthy of love and can experience a love like that, even if it’s only from a dog,” King said. “Because it’s transformational to be loved that way.”

H/T to The Dodo
Featured Image via Megan Clemens 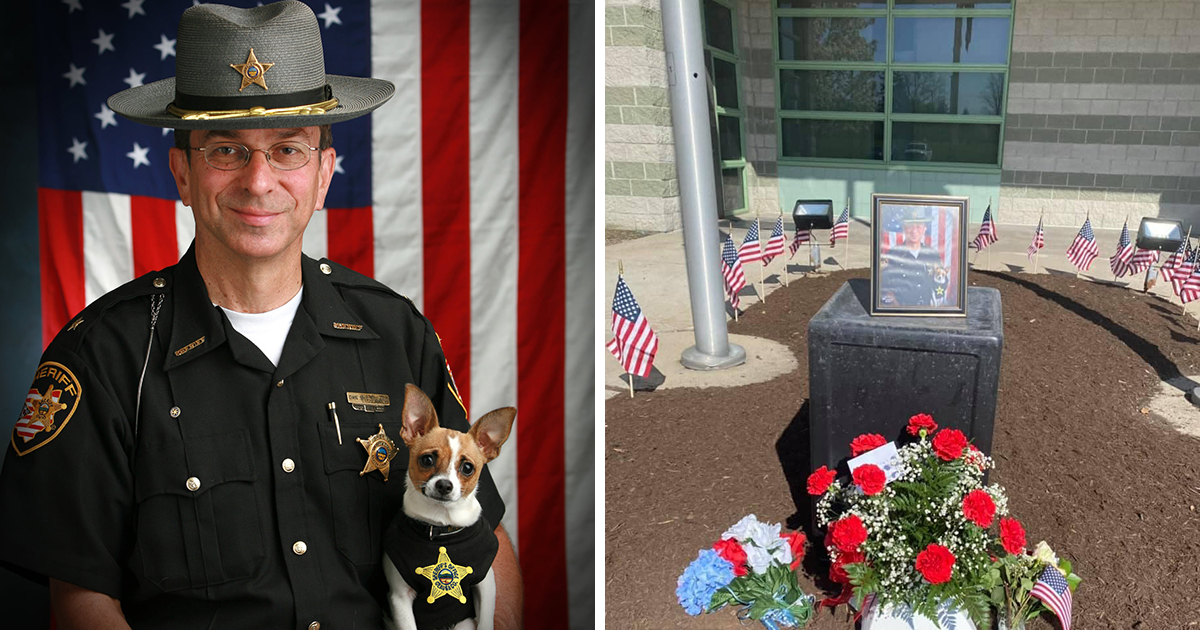 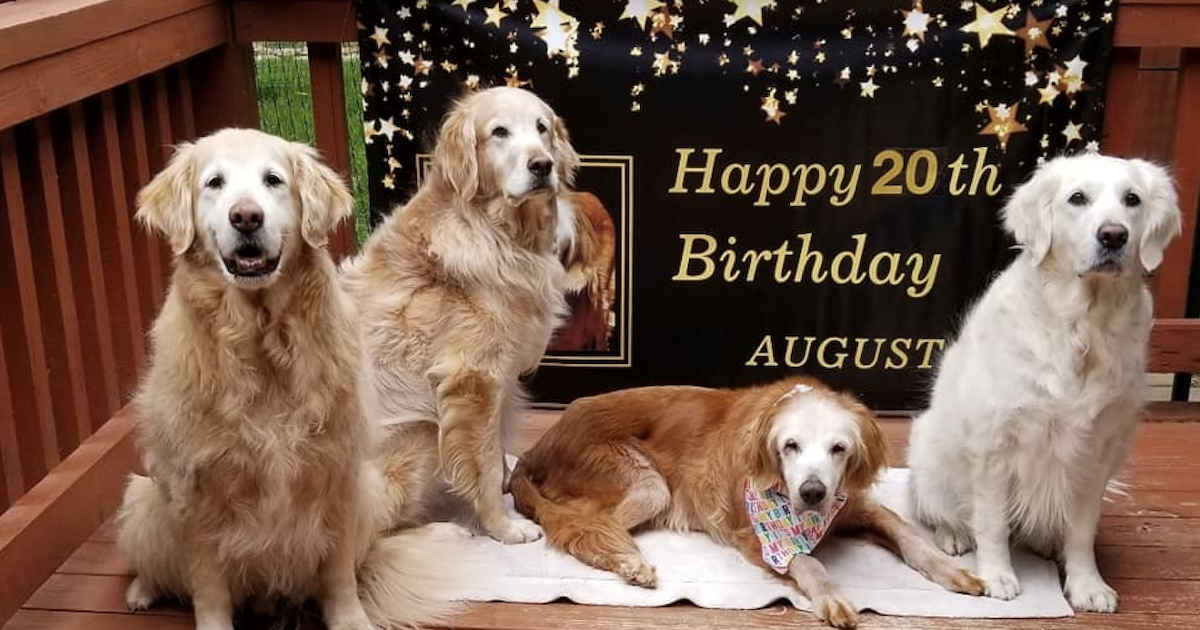