Dog people and cat people have long argued about which species is more intelligent. Scientists from Vanderbilt University believe that their latest research may settle the matter once and for all.

They compared the number of cortical neurons – the “little gray cells” associated with thinking, planning and complex behavior – in the brains of several carnivores. When it came to dogs and cats, the pups won in a landslide! 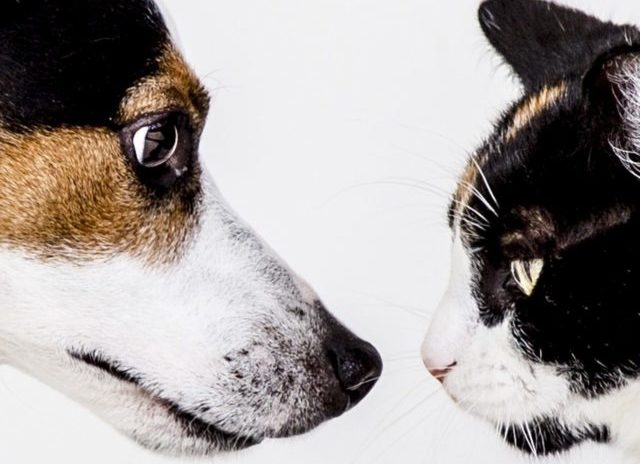 Their cortical neuron count was found to be more than double that of their feline counterparts. Humans have about 16 billion of these cells in their brains; dogs have about 530 million; and cats have 250 million.

“I believe the absolute number of neurons an animal has, especially in the cerebral cortex, determines the richness of their internal mental state and their ability to predict what is about to happen in their environment based on past experience,” Suzana Herculano-Houzel, the study’s lead author said.

Herculano-Houzel is an associate professor of psychology and biological sciences at Vanderbilt University. She developed the method of accurately measuring the number of neurons in the animals’ brains.

The researchers also analyzed the neuronal content of several other species’ brains including bears, hyenas, and lions. Studying these animals helped to prove that the number of cortical neurons is not simply higher in animals with larger brains.

Bears, for example, have about the same number of neurons as cats despite the fact that their brains are about ten times larger.

“Diversity is enormous,” Herculano-Houzel said. “Not every species is made the same way. Yes, there are recognizable patterns, but there are multiple ways that nature has found of putting brains together. And we’re trying to figure out what difference that makes.”