As the assistant editor with iHeartDogs, I think I’m pretty well informed. I’ve read nearly every piece of content that has gone out on our site in the last three years. I’ve read almost every story, article, and recall, and have grown to love dogs more and more for the amazing, loving creatures they are.

When I made the decision to adopt, I didn’t take it lightly. I knew it would be a huge responsibility, and that I would be committing not only to loving a dog, but to giving them the best care I possibly could.

Ziggy was adopted only recently from a local animal shelter. He is a two-year-old Corgi-mix and was one of the longest residents of the shelter. I fell in love the moment I saw his little face through the kennel door – we made eye contact, and I couldn’t even look at the other dogs there. Ziggy was heartworm positive, he had a scab over one eye, and a messy, smelly coat. He had terrible dander, and his fur seemed to be falling out all at once. Looking over his paperwork, I saw he had been confiscated from his previous owners, and I knew I wanted to give him a better life than he had ever known.

Having worked with iHeartDogs for a few years now, I knew that his diet was going to play a huge role in his health, happiness, and overall well being. The shelter had him on low quality food, so to keep his diet consistent while I did some research, I bought a bag and kept him on it. However, I have seen enough scary recalls and reports of dogs getting sick or worse that it completely put me off feeding my new pup just anything. I was eager to find an alternative. It wasn’t a matter of wanting to spoil him, I just wanted to keep him healthy, and I knew that fresh food was going to be the best and safest choice.

There were a few issues I wanted to address with Zig’s health. The dander and shedding were a huge problem, and though it wasn’t my first concern, the terrible gas he had quickly made it to the top of my list. As I researched different options, Ollie began to stand out as a clear winner. Ollie has the highest rating possible from DogFoodAdvisor.com – which isn’t an easy feat! Their food is vet-nutritionist formulated and meets AAFCO standards for healthy dog food. Whereas many foods are made with low-quality by-products, mystery meats, and added artificial flavor, Ollie’s food is made with human-grade ingredients. It’s the same safe ingredients you can buy at the grocery store and cook for yourself. It tastes like real food because it is real, good food. Cost-wise, Ollie was one of the more affordable choices for fresh food, starting at only $2 a day.

What I loved most was the transparency. Ollie lists all the ingredients in their meals right on their website, before you even place your order. They include superfoods like kale, blueberries, and spinach in each recipe and explain the benefits each has for your dog. I was confident Ziggy would be eating high-quality food with ingredients that could help his coat and skin and absolutely no fillers.

Getting Ollie’s meals personalized for Zig was a breeze. After answering a few questions about him to let Ollie get to know him, his sensitivities and preferences, we chose a recipe, and his food was on its way. Our first box appeared like magic on our doorstep two days later. We were so excited to see it, we immediately brought it into the house and opened it up. We pulled out several perfectly portioned meals and began putting them into the freezer. We could tell just by looking at them that they would be enough to keep Ziggy from feeling hungry between meals.

We took the day to get acquainted with the food and the enclosed information. Ollie sent a few easy-to-read instructions for storing, preparing, and feeding the food they sent. And though their ingredients and nutritional information were available online, they sent it printed out along with the box – which was great to have on hand. We were a little concerned about how to transition Ziggy from his kibble to Ollie. We didn’t want to do it too fast or too slow, but Ollie solved the problem by sending along a guide to make the transition easy on us.

That evening we gave Zig’s weight a quick check on the scale. We found that he had gained a few extra pounds from the day we took him to the vet. The label on his kibble hadn’t been clear, but we realized we had probably been overfeeding him. We hoped that, with Ollie having portioned his meals for us, we could get his weight back down a little. The day we first received the box, I was worried that this food wouldn’t thaw in time for him to start as planned. However, in 24 hours, the pack had gone from frozen solid to soft and ready-to-eat! It’s easy to remember to move one from the freezer when you take one out of the fridge. Then, your dog will always have food ready at the right time.

The guide has been a massive help in transitioning from kibble. At this point, Ziggy is eating half Ollie and half his old food each meal. He doesn’t seem picky, but he definitely has a favorite – the Ollie always disappears from his bowl before the kibble is gone! 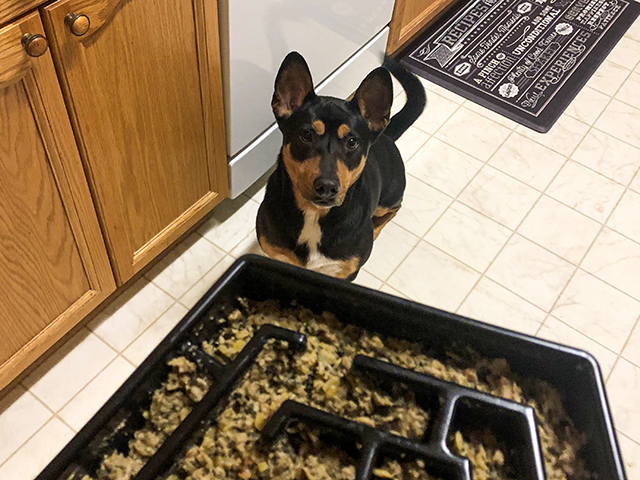 Ziggy knows the sound of his “puptainer” opening the same way some dogs know the sound of kibble hitting a bowl. He has been eating 100% Ollie for three days now, and it’s safe to say he loves it! The moment the lid comes off the puptainer, he appears at my feet. We give it a quick turn in the microwave to take the chill off, and by the time it comes out, he is spinning, jumping, and dancing. It’s easy to warm up in the packaging it comes in, and if I’m being honest, it smells good enough that I’ve been tempted to try it! The only challenging part is getting Ziggy to sit still long enough to put it into his bowl. 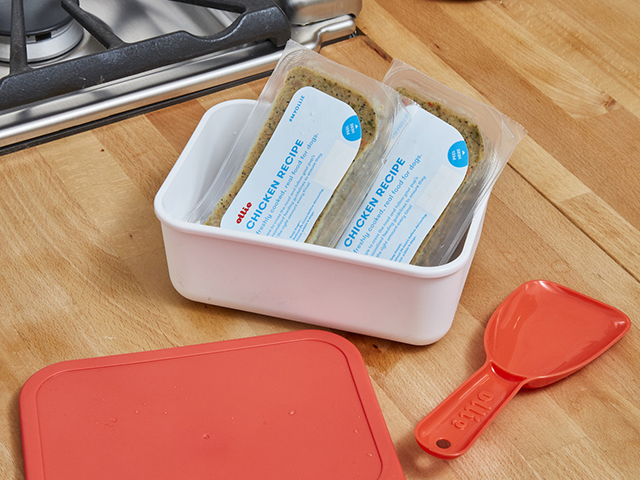 COVID-19 is beginning to cause a hubbub around here recently. The last time I checked the grocery store, the kibble we were feeding Ziggy was off the shelf entirely (as well as toilet paper and most canned goods). But since Ollie is coming straight to the door, we don’t have to worry about it being out of stock, and it saves me a trip I would rather not make to an overcrowded grocery store. It has been incredibly convenient, and if worse comes to worst, it’ll store in the freezer for up to six months. 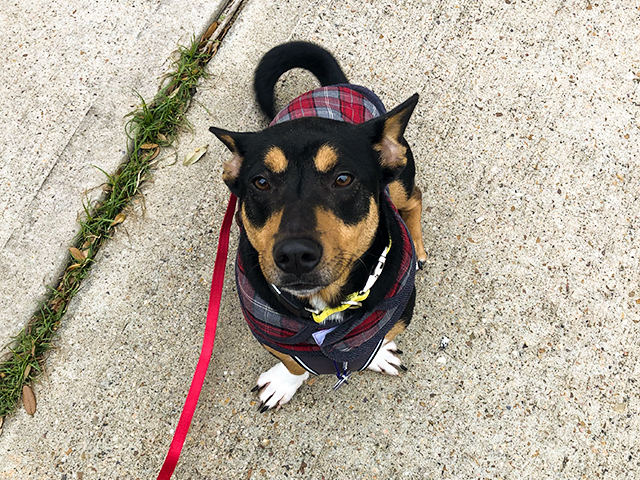 We’re really amazed at how easy it’s been to feed Ollie, and how much Ziggy loves it. The routine has been easy to keep up, and I don’t miss shopping for dog food at all – especially not now.

I didn’t think it was an issue, but I notice that his poos have been easier to pick up. He has no problem going, but they’re not runny the way they were before switching to Ollie, which makes it a much cleaner job when I have to bag it. They’re also more predictable – we can guess when he might be ready to go and be prepared to take him for a walk.

We’ve been weighing Ziggy regularly, and he hit his weight loss goal last week. We were also concerned that he might lose too much weight, but he’s been maintaining the ideal weight for his breed! We’re going to continue to keep an eye on it, but so far, we’re really impressed with how well-balanced Ollie is for him, specifically!

Ziggy has been livelier at playtime, too. He seems to have an interest in more of his toys than he did before, and I find that my throwing arm tires out before he does!

And the horrible gas he had before we switched? Totally gone. If he has had any, I haven’t smelled it, and that might be the best news of all. 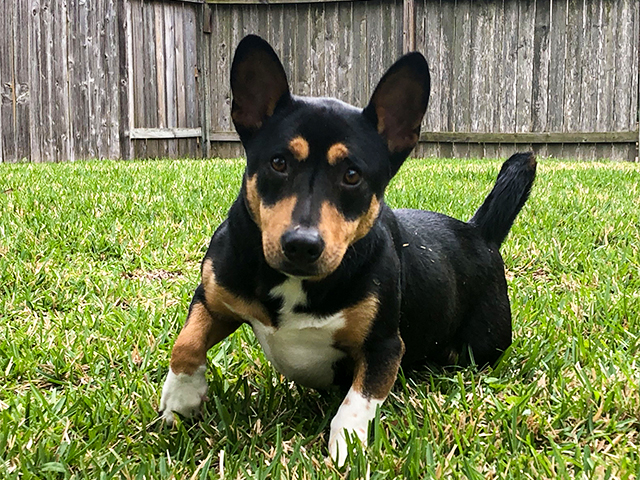 Thirty days in, and you might not believe this was the same little pup we adopted not too long ago! You’ve never seen a dog so excited about his food – he loves Ollie!

We love Ollie, too! We had hoped to see some changes in Ziggy’s health, and though we didn’t see it all, the difference is remarkable for just 30 days! His gas is gone. His dander, which covered his coat in big white flakes, is now significantly reduced. He still has flakes, but they’re much smaller, and there are much fewer. We hoped to see less shedding, and though it seems to be better, it’s hard to say – especially now that it’s time for his Corgi coat to blow.

We’re so excited to see what difference more time can make while he’s being fed Ollie! See the difference fresh food can make when you switch to Ollie! iHeartDogs readers have a special opportunity to try Ollie – you can get your first trial box for 50% off, plus free treats! 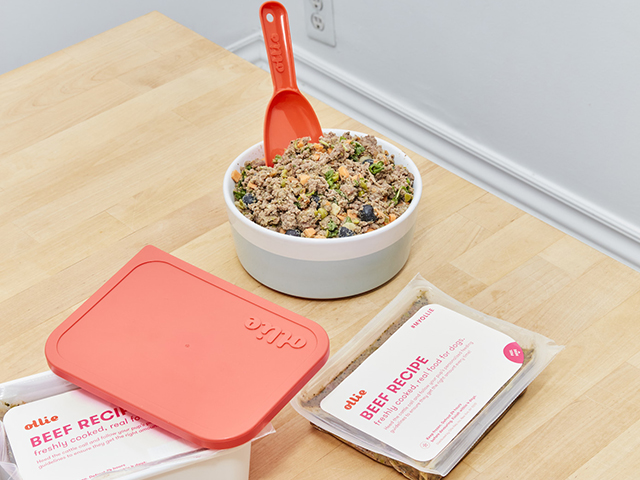 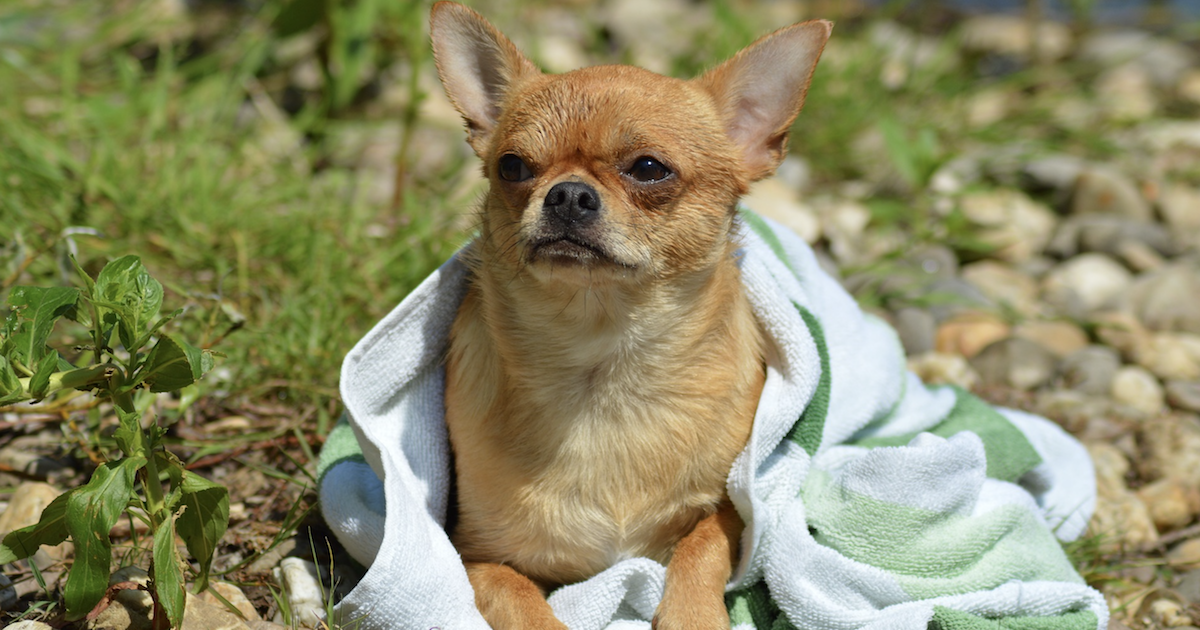 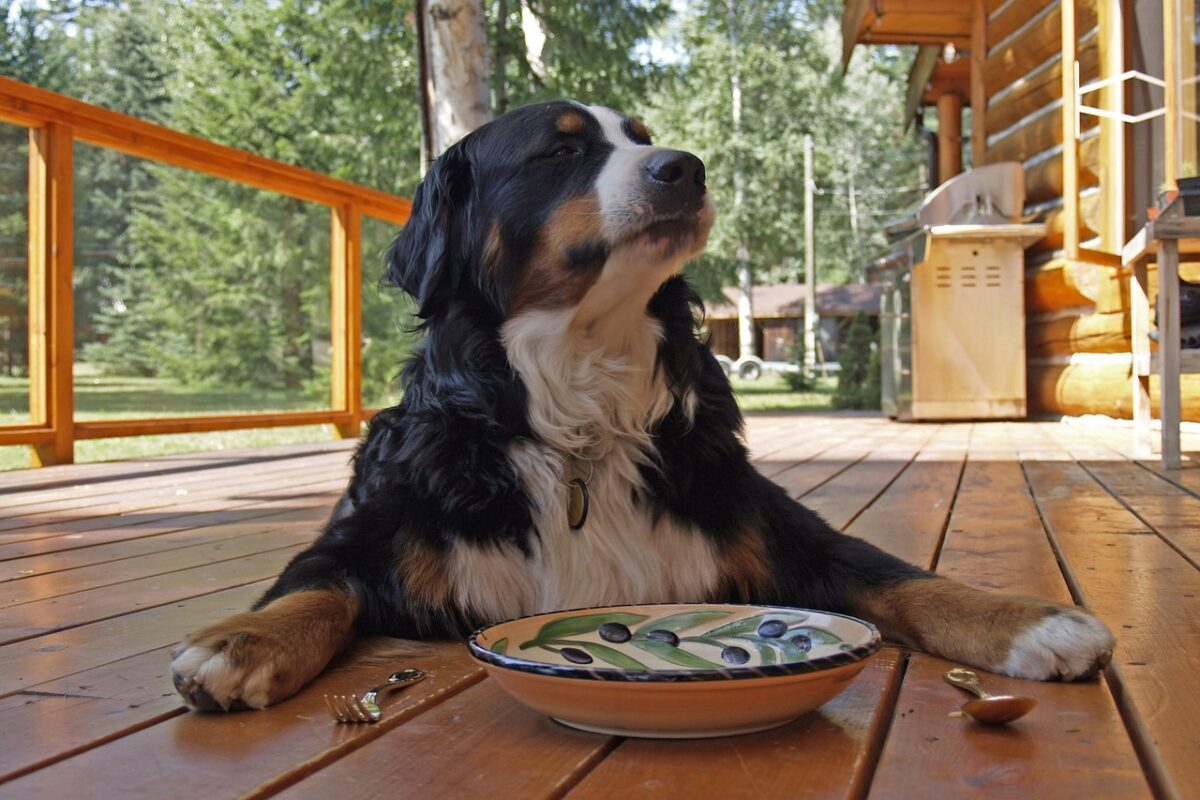