Police K9s work hard at their jobs, and sometimes, they put their own lives at risk to stay loyal to their teammates. K9 Huk is a brave member of the Jacksonville Sheriff’s Office (JSO) who recently needed emergency vet care.

K9 Huk was just doing his job when he was shot by a suspect three times, so the community is calling him a hero. After over a week of recovery, things are looking positive for Huk. His human co-workers believe Huk’s training and quick thinking helped save his life.

Huk has helped the JSO’s SWAT team with many dangerous tasks, including taking down a murder suspect and an armed hostage taker. The strong pup was unstoppable until a recent situation left him in critical condition.

Officers released Huk during a confrontation with three armed suspects after a car crash and a shootout near the Jacksonville Zoo. One of the suspects shot at Huk and hit him with three bullets. As soon as the suspect fired their gun at the dog, Jacksonville officers fired at the suspect.

Two of the suspects died, but their cause of death isn’t confirmed. The third surrendered and had to be sent to the hospital. They were later charged with the possession of methamphetamines. It’s unclear if the suspect that survived is the one who shot Huk.

Huk had severe wounds and had to be airlifted to the First Coast Veterinary Emergency for surgery.

“I couldn’t be more proud of the officers on scene and that, you know, they provided a great, a great service to Huk — and all the support staff from aviation all the way down to the veterinarian office that is taking care of him,” said Matthew Casey, a police trainer.

Huk was stable after his surgery, but he had a long way to go after that. He had orthopedic injuries and soft tissue injuries in several areas of his body. He went through several additional surgeries after further examination. Now, he’s on pain medications while he relaxes and gains his strength back. He’s used to protecting others, but now it’s his turn to be cared for.

First Coast Veterinary Emergency is keeping followers up to date on Huk’s condition. He is not happy about the “cone of shame,” but he’s making a lot of progress. The staff members have been giving him lots of love, affection, and fresh air to help lift his spirits.

“In the wee hours of the night, Huk cozied up to one of our nurses and slipped in a kiss!” First Coast Veterinary Emergency wrote in an update. “The nurses and doctors at First Coast Vet are known to give more than just medical care to their patients. They give them security and make them feel at home. They take time out of their busy day and night to snuggle them!”

Huk will continue taking as much time as he needs to recover. Luckily, he has many people supporting him and giving him love. Despite everything he has gone through, he’s in good spirits. 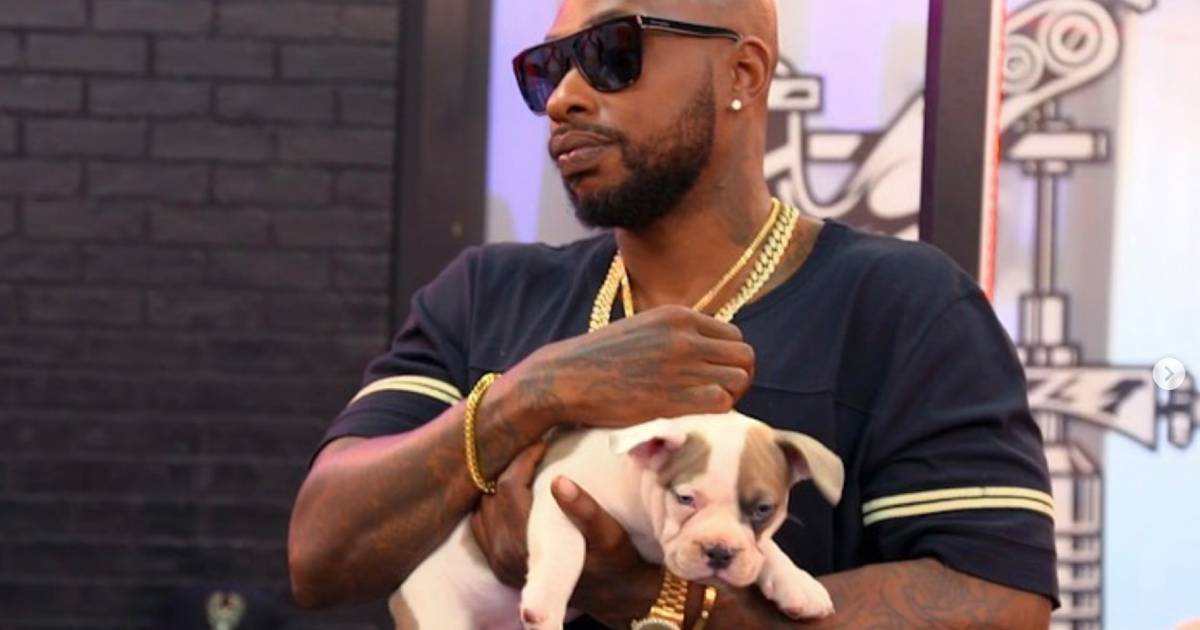 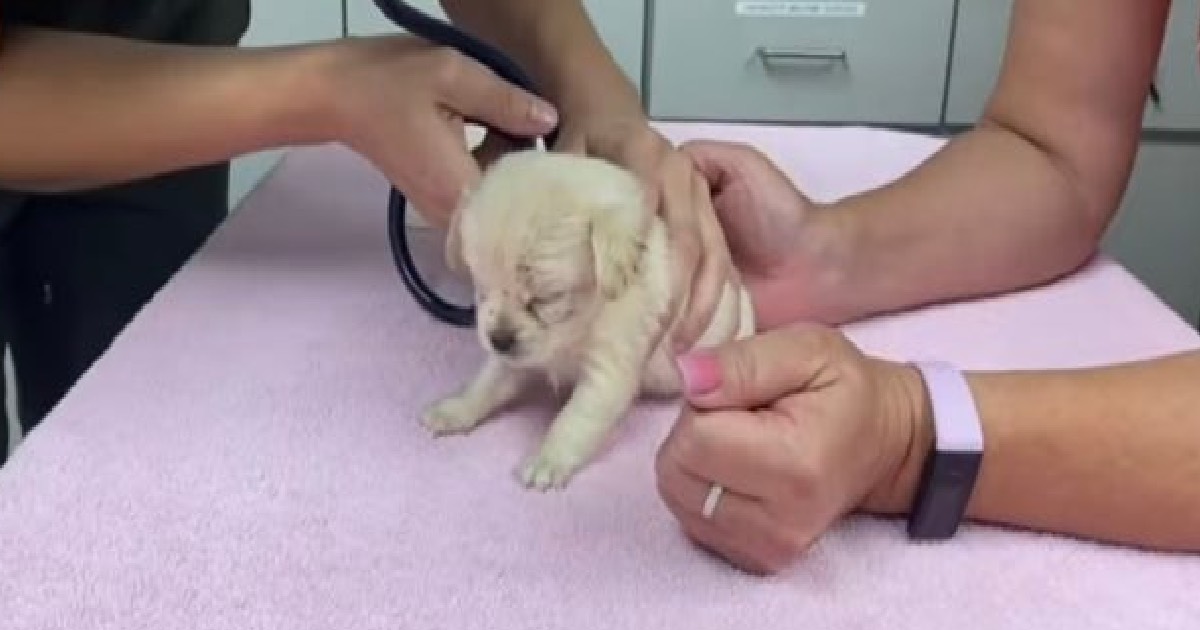 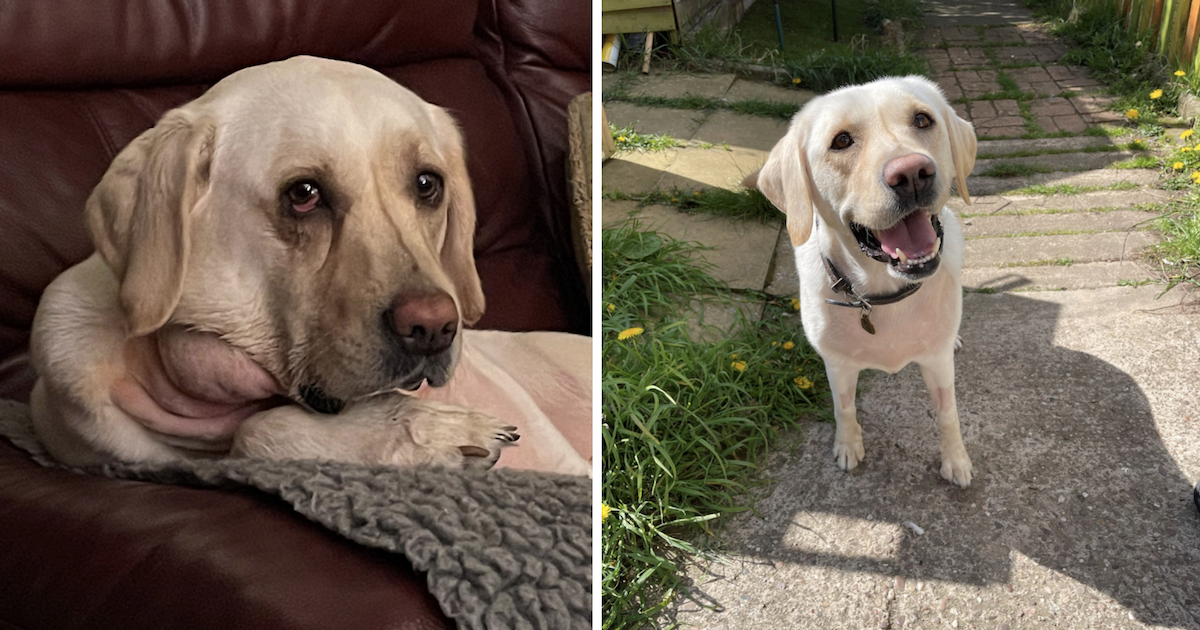 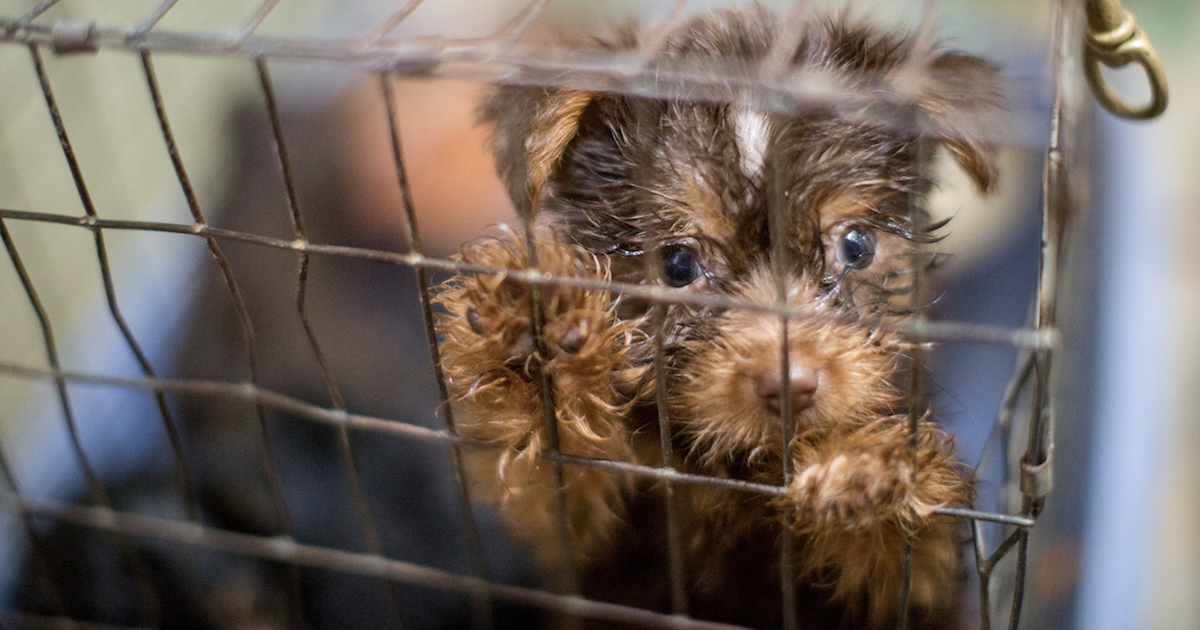