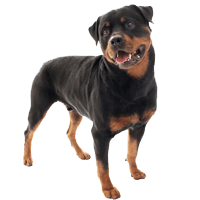 The Rottweiler is a breed of domestic dog, regarded as medium-to-large or large in size. The dogs were known in German as Rottweiler Metzgerhund, meaning “butcher dog”, because one of their uses was to herd livestock and pull carts to the market that were stocked up with butchered meats. This continued until the mid 19th century, when cattle driving was outlawed and donkeys began being used as the chief draft animal. Since this breeds usefulness diminished, so did the breed’s numbers, and was almost lost completely. Rottweiler enthusiasts realized its peril  in 1901, and they formed a club to renew the hardy breed. This club did not last long. A new club reintroduced the breed into the workforce as a police dog, and it was used during the First World War. Since being registered in the working class by the American Kennel Club in 1931, the Rottweiler breed has grown tremendously and is one of the top breeds in America to this day.

This breed of dog is powerful, strong and is considered medium to large in size. The Rottweiler’s characteristics include stamina, agility and strength. The ears are triangular and lay next to the face, while the tail is usually docked short for aesthetic reasons, leaving just one or two vertebrae remaining. The eyes offer a confident and alert expression. Its coat is coarse, thick and predominantly black with very noticeable markings in tan or brown. The popularity of the breed has resulted in careless breeding habits and conditions, with physical and psychological problems affecting many Rottweilers today. Finding a reputable breeder is important.

This breed is known for being brave, territorial and agile. Making this the perfect guard dog. Although it has some traits that can be hard to deal with, such as over-protectiveness, stubbornness and independence-  it also has a softer side. The Rottweiler is smart, hard working, loyal and easily adaptable. This breed of dog will be extremely wary of strangers, and may take action if it feels the unfamiliar person may put its family in danger. This dog will often times seem cold or aloof with people it does not know well. It does better with older children as it has a natural urge to herd, this may behavior may be a bit overbearing or rough with toddlers. It is very important to socialize the Rottweiler at a young age, otherwise it may have serious aggression issues later on with other dogs or non-canine pets.

Minimal grooming will be required, just brush coat occasionally with a bristle brush or wipe it down with a wet cloth. To avoid destructive or behavioral issues, this breed needs plenty of mental and physical activity. Long walks around the neighborhood, a vigorous game in the yard or a swim in the pool will suffice. Outdoor activities, fun with the family and obedience training are all mentally stimulating to the Rottweiler and it should be included in these activities regularly. This breed actually enjoys colder conditions and can do well living outdoors, so long as there is a good sized dog house or covering for it to escape the weather under. It is not suited for hot weather and may become overheated, this breed should not be kept as an outdoor dog in hot climates. Though a fenced yard is ideal for this dog, one that is not directly in contact or in view of a sidewalk would be even better. Simply due to its high suspicion of strangers. Training is necessary, since the Rottweiler is dominant and independent by nature. If not given the proper training throughout its life, destructive and behavioral issues will most likely arise. 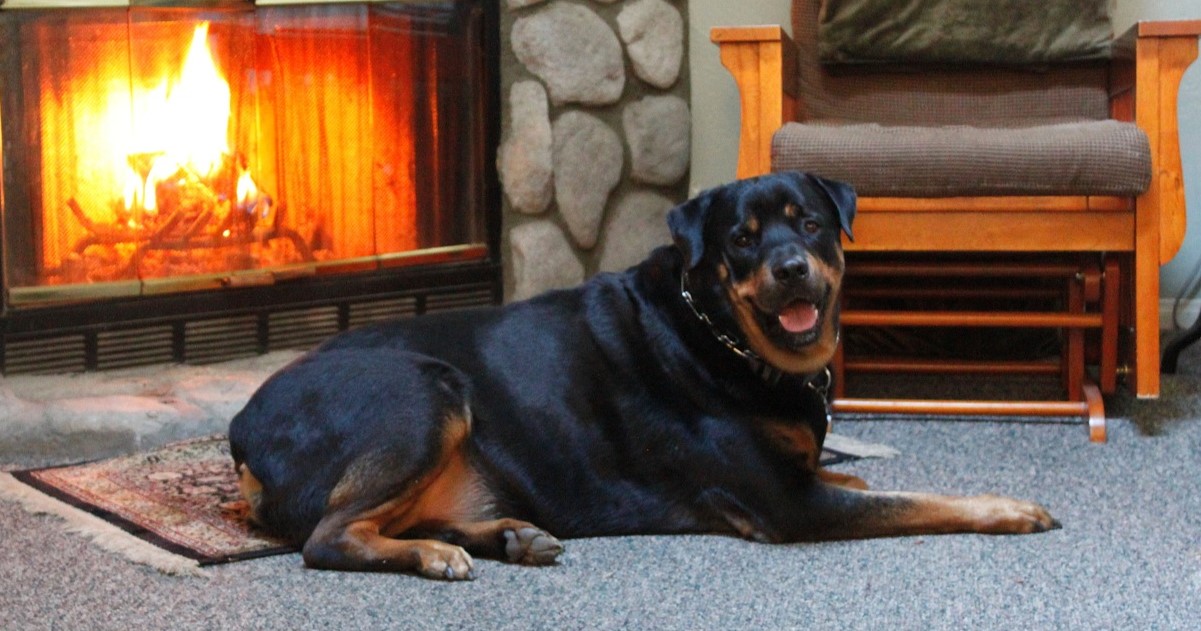 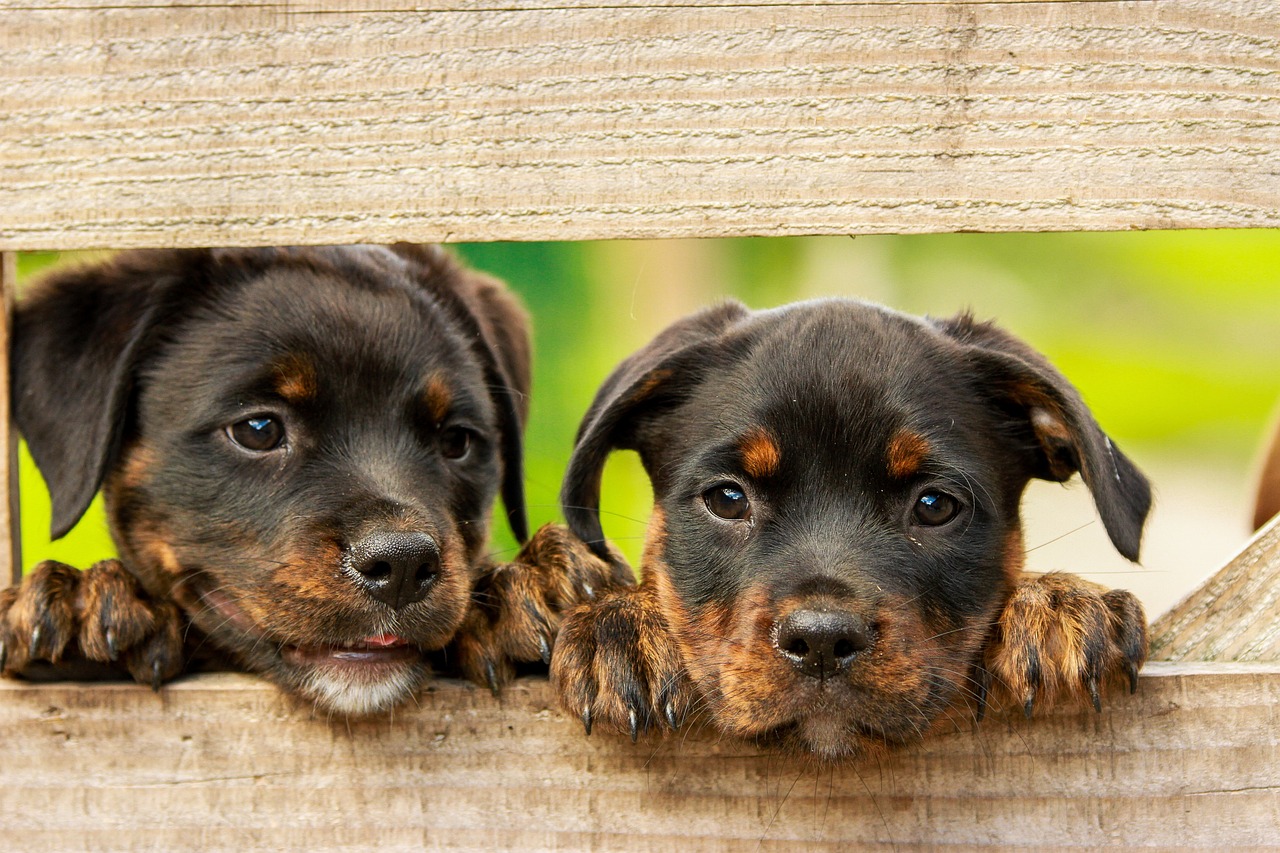 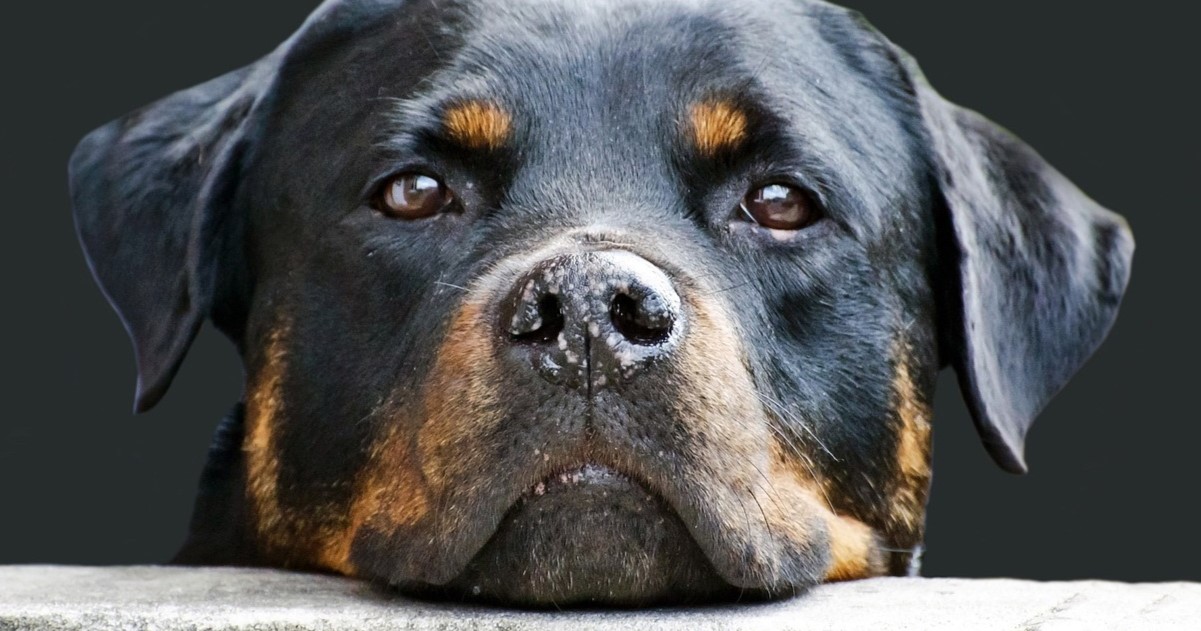 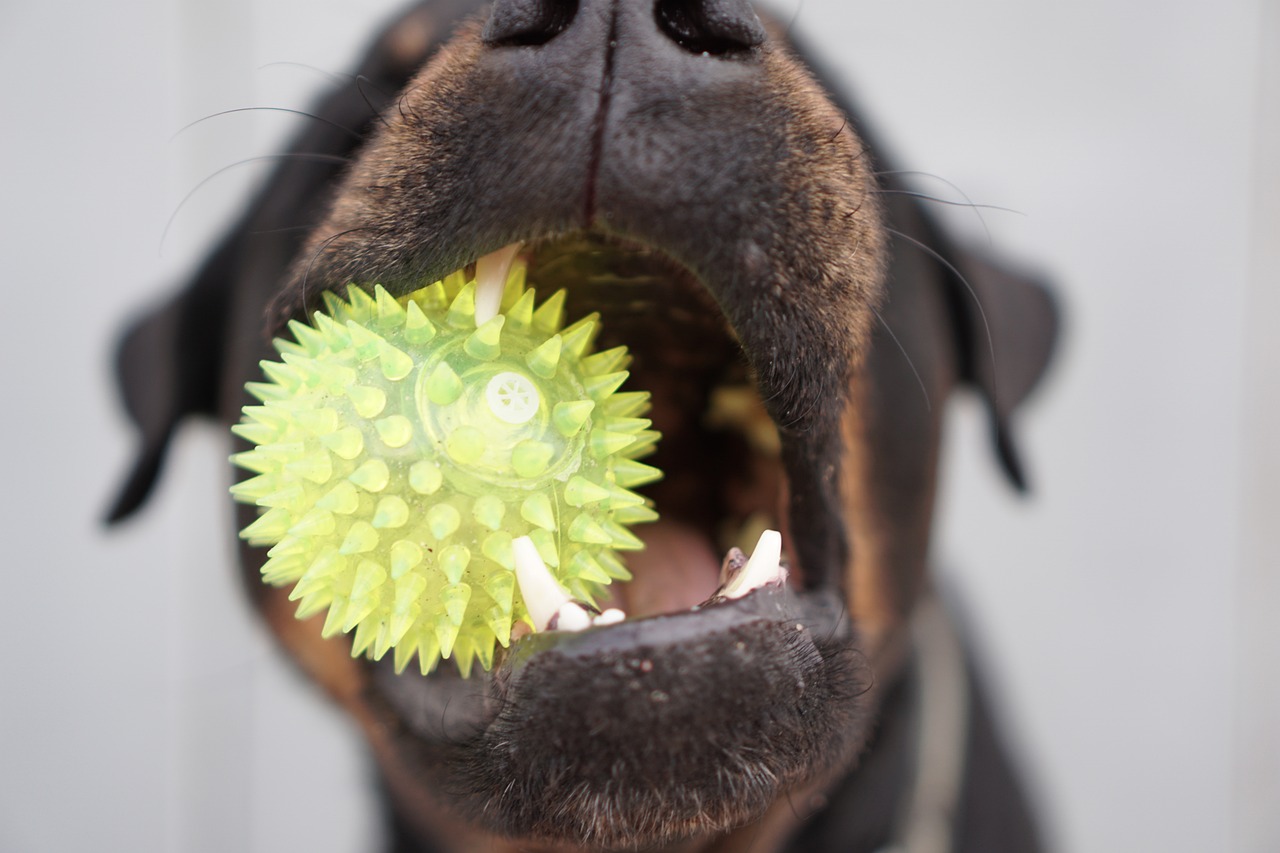 The 20 Best Durable Toys for Rottweilers