Benton was born to a shy, malnourished mother. Like his mom, he ended up being quite shy as well, so House of Hope Rescue worked with him on his confidence. Benton was incredibly scrawny and ate like he was never going to get food again! It was important to work on his eating habits as he was eating everything. His eagerness for food got the best of him when eating a tug toy landed him in the ER.

With all the work House of Hope Rescue did to build Benton’s confidence and fix his eating habits, he was ready for a home. Now, little Benton is living the good life! Not only has his confidence grown with people but also with other dogs outside of the ones he’s known through foster. A home with a large Goldendoodle adopted Benton and he had to overcome his fears.

“GreaterGood.org’s Rescue Bank has not only provided food but they have also provided litter and treats, among other things. Some animals are with us for a lengthy time and we would spend all of our money on food if it weren’t for all that Rescue Bank does for us. We are eternally grateful to Rescue Bank.” – House of Hope Rescue

Your purchases through the iHeartDogs store helped make Benton’s happy ending come true! When you shop for items like the I Kissed A Dog Scoop Neck Sweatshirt you feed shelter dogs through GreaterGood.org’s Rescue Bank program! 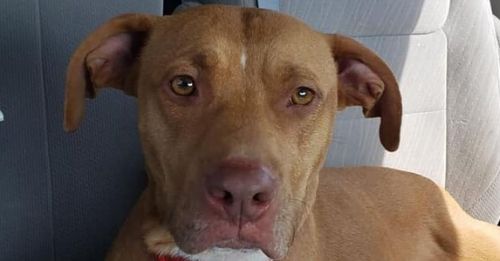 JJ Has A Furever Family Thanks To Your Help 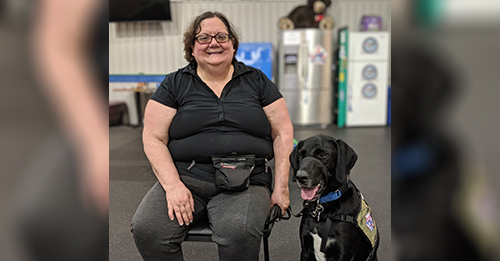