When rescuers with Humane Society International finally gained access to a dog meat farm in Wonju, South Korea, hundreds of dogs were living in deplorable conditions. They were trapped by an industry that cared only for profit, and without outside help, their desperate fates would have been sealed. But after working tirelessly to free the innocent animals destined for slaughter, HSI successfully rescued 200 dogs. Getting them out of the meat farm was the first step, but not the last.

Of the 200 dogs saved from South Korea, 14 of them were sent to the Humane Society of Tampa Bay. There was Harriet, who slept standing up because she didn’t understand the concept of a bed, and Harry, who cowered in the corner of his kennel to avoid eye contact at all costs.

And then there was Rosa. When Rosa first entered the safety of the shelter, her extreme fear caused her to completely shut down. She pushed herself into the wall trying to disappear, and her body language told shelter staff she was extremely distrustful of humans.

Eventually, Rosa permitted only one person, her trainer, to get near her. Once allowed to be near the dog, it didn’t take long to determine the real reason behind her extreme anxiety. After surviving a meat farm, being transported thousands of miles, and introduced to a completely new and strange environment, Rosa had the extra stress of being pregnant. Humane Society of Tampa Bay released a press update saying,

“She is very far along and could give birth soon. We have moved her to a quiet kennel away from the hustle and bustle where she can nest and feel more safe. We are extremely grateful that she is not still stuck in a filthy, crowded cage where she’d give birth alone and that her puppies will now have a fighting chance.”

They announced Rosa’s pregnancy on January 30, and the next day, Rosa gave birth to six healthy puppies. Five males and one female were welcomed into a world where they will live free from confinement and slaughter.

Their mother, however, was not free from the memories of her former life. Rosa’s post-traumatic stress continued after her puppies were born, and it was soon obvious the shelter environment was not helping. A Humane Society representative told FOX13,

“Because she will not allow humans to approach her, she will be placed with a foster parent experienced with the kind of rehabilitation and environment she requires.”

Life in foster care seemed to suit Rosa, and more than two months from the day she was rescued, Humane Society of Tampa Bay made an exciting announcement. They posted on Facebook saying,

“THIS IS HUGE! For the first time since coming to us on January 22, Rosa accepted pets from volunteer Lori Smart. Lori has been coming in faithfully every day to sit with Rosa to help her learn to trust. It’s working.”

Rosa is improving every day, and slowly, she’s putting the tragedy that was her former life behind her. She’s a loving mother and has started to bond with her foster family, all thanks to her rescuers and the volunteers at the Humane Society of Tampa Bay. Consider donating to their cause to help Rosa and every dog like her. 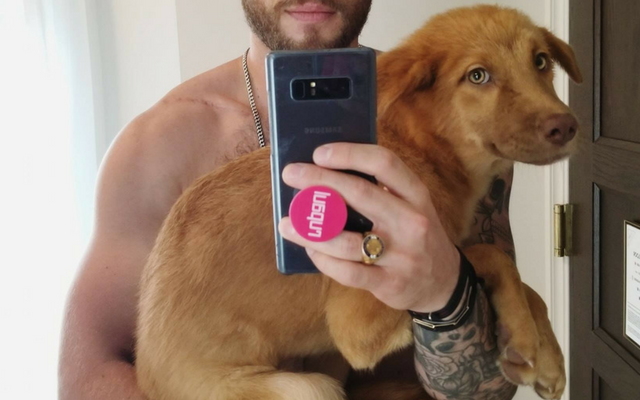 The Touching Story Of An Olympic Athlete’s Newest Rescue Dog 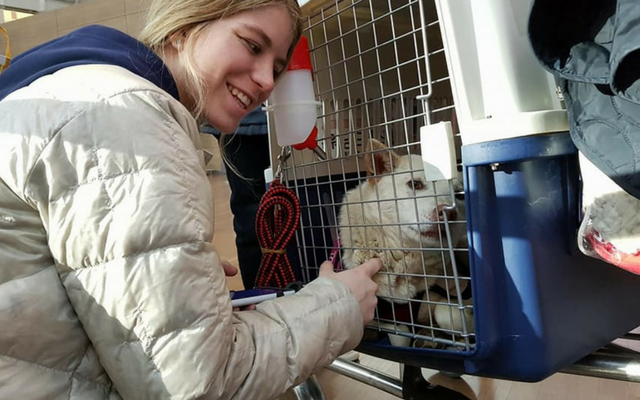 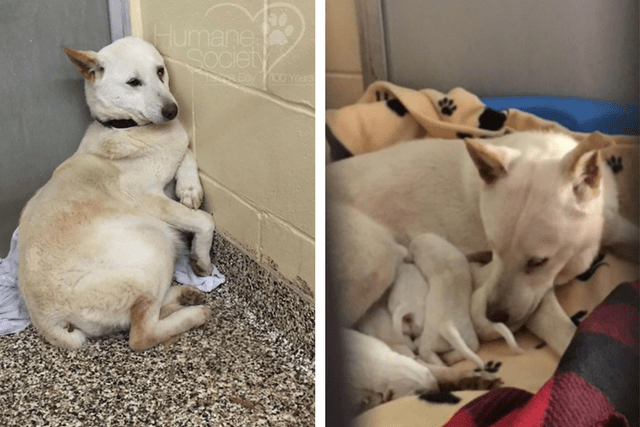