While most dog owners search for ways to stop the barking, a quiet canine isn’t always what it seems. It can be a stroke of good luck to take in a pup who’d rather be seen but not heard. There’s no worrying about complaints from the neighbors, but a dog’s silence can also be a sign of a troubled past or medical emergency. Silence isn’t always golden when it comes to your dog, but it also isn’t always bad, either. If you can rule out a medical problem and past trauma, there are several ordinary, uncomplicated reasons why your four-legged family member chooses not to bark. Respiratory conditions, chronic vomiting, trauma to the larynx or trachea, and metabolic disorders are all possible medical reasons why a dog doesn’t bark. Anything that affects the larynx (voice box) can make it painful and even impossible for a dog to bark. Laryngeal disease is one of the most common culprits. According to Pet MD,

“Laryngeal disease refers to any condition that alters normal structure and/or function of the voice box or larynx.”

For breeds like the Bouvier des Flandres, paralysis of the larnxy is an inherited condition many puppies are born with. Other breeds, like St. Bernards and Newfoundlands, have a high susceptibility for what’s called “acquired paralysis.” Acquired paralysis develops later in life due to trauma, cancer, extreme exertion, stress, and other unknown causes. In both inherited and acquired paralysis, air flow is restricted through the larynx. Without air, there’s no sound. Laryngeal disease and other medical conditions need to be diagnosed and treated by a professional. There is the chance, however, that the medical culprit is less serious. Sometimes dogs temporarily stop barking because they barked so much they gave themselves a sore throat. In this case, time spent in silence is usually the best remedy—for both the dog and their owner’s stress level.

The natural instinct to bark and alert humans of an intruder is one of the first reasons people started keeping dogs around. At the same time, it didn’t take long for people to learn not every breed makes for a good lookout. German Shepherds, Basset Hounds, and even tiny Jack Russel Terriers make great natural guard dogs. On the other side of the spectrum, however, there are breeds known for being less vocal. Newfoundlands are listed as one of the quietest dog breeds. They’re big dogs that tend to save their big, booming barks for when they’re really needed. Bernese Mountain Dogs, Italian Greyhounds, and Chinese Shar Pei dogs are also known for being seen and not heard. There are dogs that rarely bark, but that doesn’t mean they’re completely quiet. Basenjis, for example, don’t like to bark, but they convey their emotions with other sounds. They love to howl, yodel, and hum to make sure they’re heard. Beagles are notoriously known for being one of the loudest breeds, but it’s not their barking that gets them into trouble. They’ve been trained for generations to bay while they’re on the hunt. Dog Discoveries says,

“Hunters could loose sight of their dogs because of distance or thick vegetation and their vocalizations could keep them aware about their whereabouts. Certain dogs were therefore selectively bred over hundreds of years for their ability to bay…”

Baying is sometimes confused with barking, but it’s a more drawn-out sound closer to a howl than a traditional bark.

Within each breed, every dog is an individual. Some dogs love to be the center of attention, and others are more shy and laid-back. It’s completely natural for an individual dog to have a quiet personality. They could be naturally shy and not want to draw attention to themselves, or they could be especially picky about how they exert their energy. If barking doesn’t seem worth the effort, they’ll choose to keep quiet. If you’re lucky enough to have a dog that prefers silence, there’s nothing to worry about. It doesn’t mean they’re depressed or unhappy in the home; they most likely have other ways of expressing themselves, if you pay attention. 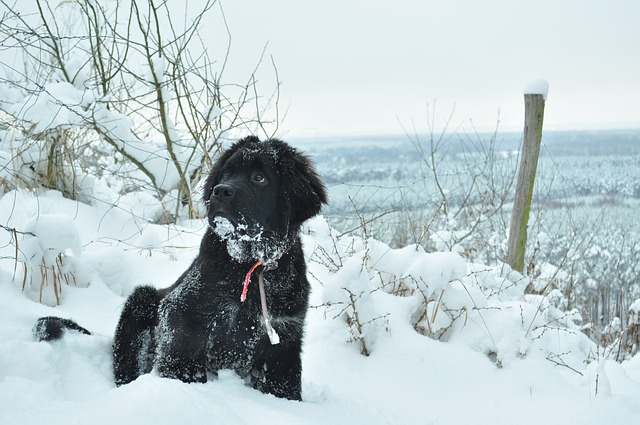 It only takes a few seconds to fall in love, but it’ll take more than a few days to get to know your dog’s real personality. If you recently introduced a new dog to your home, they’re still getting used to the unfamiliar environment. Some dogs react to change with excitement and energy, and others are more mindful and apprehensive. There’s a chance your new dog isn’t barking because they’re still not completely comfortable in their new home. It’s like a house guest being on their best behavior so they don’t offend the host. As your pup realizes they’re there to stay, they should warm up to the family and let their true personality shine through.

If your new dog is a rescue, their unknown past could also be affecting their voice. An abusive owner who didn’t hesitate to use violent force to impose a rule of silence is more than enough to convince a dog that barking is never worth the consequences. Dogs may be easy to forgive, but they rarely forget. If a past owner didn’t appreciate barking and hit or used a shock collar every time the dog made a sound, it’s understandable for the dog to assume all humans have the same rule. Your dog’s vow of silence could be a self-preservation strategy carried over from an old life.