Most humans enjoy listening to music to help fill the silence of an empty room. But did you know that many dogs also feel the same way? Some dog parents leave music on for their dogs when left alone, and in most cases, the dogs actually appreciate it.

It might be hard to believe, but an in depth study about dogs and music helped conclude that dogs can enjoy music. In fact, they even discovered which genres were the most exciting for dogs. The answer might surprise you!

What Did This Study Conclude?

For this study, researchers observed a group of dogs reacting to music. The study focused on five specific genres of music: soft rock, Motown, pop, reggae, and classical. The researchers took notes on the behaviors of 38 dogs while each genre played. Surprisingly, the dogs behaved differently depending on what music they listened to.

During all five music genres, the dogs seemed more relaxed. They spent more time lying down as opposed to standing up, which indicated that they were relaxed. Their barking habits didn’t change when the music played. Yet, they were more likely to bark once the music stopped.

The researchers also measured the heart rates of the 38 dogs during each genre. While all the music seemed to have a positive effect on the pups, the most significant changes were with soft rock and reggae. The time intervals between their heartbeats were longer during these songs, which indicated that they were less stressed. This is likely because those genres generally have slower tempos as opposed to a heavy metal song, which would likely cause more stress for a dog. 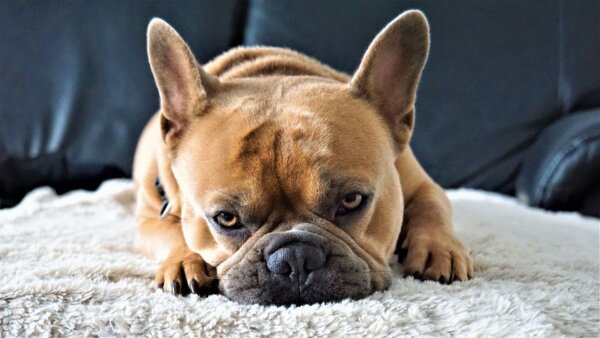 So, What Music Genres Do Dogs Love Most?

The study concluded that soft rock and reggae are the best genres for dogs to listen to because of their slow tempos. However, like humans, all dogs are different. So, your dog might respond to music differently than other dogs. This means that it’s a good idea to let your dog listen to multiple genres so you can better assess which one they enjoy most.

“Genres such as reggae and soft rock usually have a slower tempo, which some dogs might find more relaxing,” said Li-ran Bukovza, the founder of a dog advice website called PuppyTip. “This also explains why songs with more beats per minute – like hard rock, heavy metal, or anything with a heavy bass or too many digital noises – tend to cause more excitement or anxiety.”

Bukovza also noted that the volume of the music can have an impact on your dog too. Dog ears are much more sensitive than human ears, which is why dogs might not enjoy loud, upbeat music like we do. If you pay close attention to your dog’s behaviors, you might be able to pick up on their music taste. Some dogs have even been known to howl during their favorite songs.

You know your dog better than anyone else. So, take some time and learn what music they prefer. That way, you can help them enjoy their alone time at home better by allowing them to listen to their favorite music. Soft rock and reggae are great genres to try first.