A well-trained pup is a joy to be around. But teaching your dog new tricks takes a lot of motivation and work- on your part and hers. How do you convince a dog to do what you want her to do? One way is by using treats she finds irresistible. Most of the time, dogs will stick with what they know to do until something comes along to motivate them to change. That makes dogs a lot like people in many ways. Dogs will try something new for two reasons: to avoid something unpleasant and to gain rewards. And since studies have shown that positive reinforcement training is most effective in dogs, most professional dog trainers use rewards to motivate their clients to do new things, like learn to fetch the morning paper or come back when called.

All dogs are different and will exhibit varying degrees of cooperation based on what you have to offer them. The three basic types of rewards are affection, playtime with toys, and treats. You probably willingly give your dog affection and playtime everyday, because that’s why we have a dog in the first place is to share our love with them. That brings us to the third option- the power of a delicious treat.

The entire idea behind using treats during training is to motivate your dog to try something new that he wouldn’t normally do on his own. If you’re offering the same old chunk of cheese or hot dog pieces, your dog isn’t going to show much enthusiasm for what you’re trying to get him to do. For many dogs, variety is key when it comes to treats. If I bring out a piece of juicy steak, she forgets about everything except the steak in my hand. While she loves the steak, it’s too high a value to use in training because she loses her ability to think when I’m holding steak treats. Every dog has his own tastes, and you’ll need to take a few minutes to find out your dog’s particular likes.

Once you have your dog’s likes down, it’s time to start training! You’ll want to mix up your rewards during your training sessions and offer a mixture of verbal and physical praise, playtime, and training treats. This keeps your dog from getting bored and keeps him engaged during the training. You’ll need to experiment with several types of treats to compile a list of things your dog likes (and what he doesn’t like). But keep in mind, you’ll be feeding your dog many treats during training, so try to keep them healthy. While your dog may like potato chips, they’re certainly not an ideal training treat.

Try out a few types of treats and then categorize them according to your dog’s level of enthusiasm. If she goes nuts over salmon treats, those are her high-level rewards to save for special motivation. Find a few that she gets excited over to use as your basic training treats.
You can use cut up fresh meat, commercial dog treats, or even pieces of her regular dog food to establish levels of treats for your dog. For my dog, her high-level treats are salmon, and her mid-level treats are bison liver, duck, and beef. She’ll take a chicken treat when offered, but she’s not too enthusiastic about them so I don’t use them in training.

What to Know Before Training Starts

The Basics of Dog Training

Your dog doesn’t speak English (or the language you speak at home). It can be tempting to think he understands everything you tell him, especially with very smart dogs, but they simply learn to connect actions with the words they hear. Dogs can and do think for themselves, and you most likely don’t want a dog that obeys out of fear. That’s why we don’t use punishment to train dogs. We use treats, praise, and play as rewards and withhold those rewards as a negative reinforcer. But we never scold or hit our dogs. When training your dog, you want to give immediate feedback. give him a command, and the second he does what you want, tell him “YES!” or a similar verbal praise. Then reward him with a treat or playtime. Make a really big deal out of the first time he performs a command correctly and again at random times to keep training from being boring.

If you ask him to sit, and he offers to shake hands instead, you want to tell him, “No” in a calm voice and withhold his reward until he gets it right. Your verbal responses are his immediate indicators of whether he is on track or needs to do something else. Remember, your dog communicates mostly through doggie body language so verbal cues require some translation on his part.

6 Tricks to Teach Your Dog

The only training treats we use beyond fresh meats from the grocery store are TruDog’s TREAT ME treats made of raw meat freeze dried to lock in nutrition, taste, and freshness. You can get some for your dog here.

This Article Was Brought To You By The Fine Folks At TruDog.com 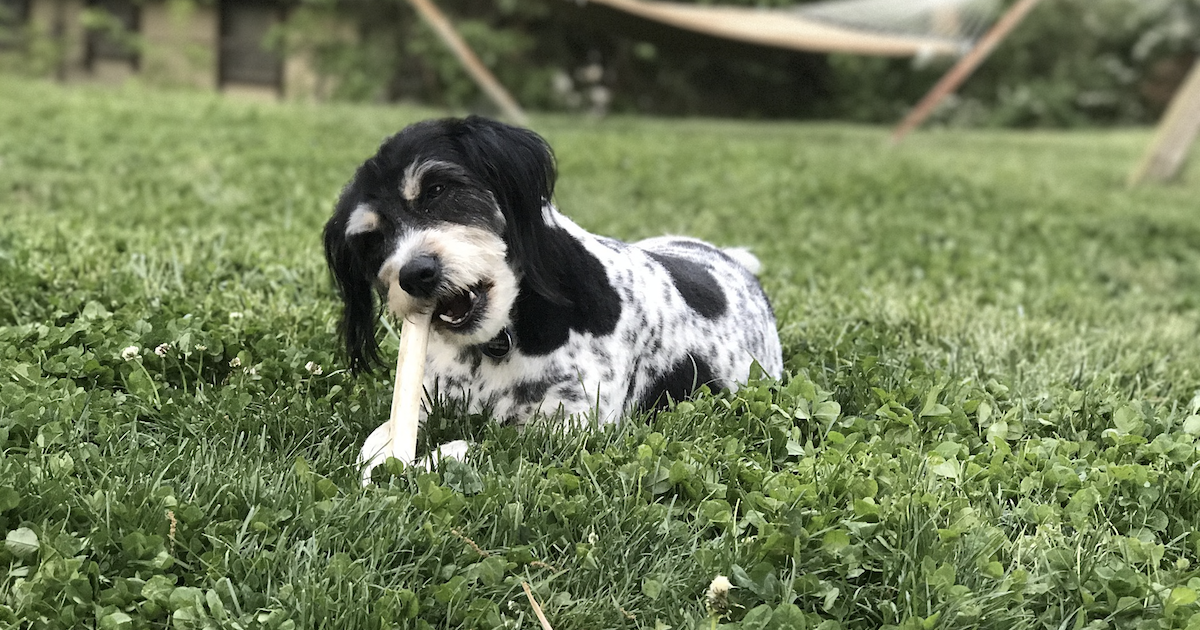