Both male and female dogs have been known to do it, the kicking grass after using the restroom routine. Dogs kick grass after going to the bathroom, and when they’re done, your yard is left with some not-so-appealing reminders. It happens after dogs pee and poop, and dogs of all breeds, sizes, and temperaments have been known to do it. Your dog may look silly acting like a cat in a litter box, but it’s actually a natural canine behavior when dogs kick grass. Here’s what you need to know. The act of scratching after urinating or defecating is most often associated with cats, but when dogs do it, it’s for a completely different reason. Cats scratch at their messes in an attempt to clean up and cover the evidence, but dogs aren’t interested in hiding anything.

The main reason why dogs kick grass and scuff the ground around where they went to the bathroom is to further mark their territory. Dogs have scent glands on their paws, and the act of scratching transfers their scent to the ground. There’s also the added bonus of making a visible mark.

Their hope is that other dogs in the area will notice the smell and see the scratch marks and know to stay away from the territory. You’d think the smell of the dog’s waste would be enough to do the job, but once feces dries out, it hardly smells. The scent from their paw pads, however, is long lasting.

How To Save Your Yard

If your dog is a scraper, there’s no reason to be concerned. It’s completely healthy and natural, but that doesn’t mean you need to like it. Enthusiastic scrapers can ruin your yard, and if you care about keeping your grass where it belongs, you can try to alter their behavior. When you let your dog out to go to the bathroom, be prepared to intervene before the scraping starts.

If your dog likes chew toys, take his favorite toy outside with you. If your pup would do anything for a treat, make sure he knows you’ve got a pocket full of the good stuff. In the second between when he’s finished doing his business and before he starts scraping, present your prize and encourage your pup to come get it. Your goal is to redirect his attention so he forgets all about spreading his scent.

Changing a behavior that’s backed up by genetic instincts won’t be easy. Be reasonable about what you’re expecting from your dog, and remain patient and enthusiastic. If all else fails and you still want to save your yard, think about taking your dog on more frequent walks and encouraging them to use that time to go to the bathroom. You can also train them to only go in a designated spot to keep the damage to one area. 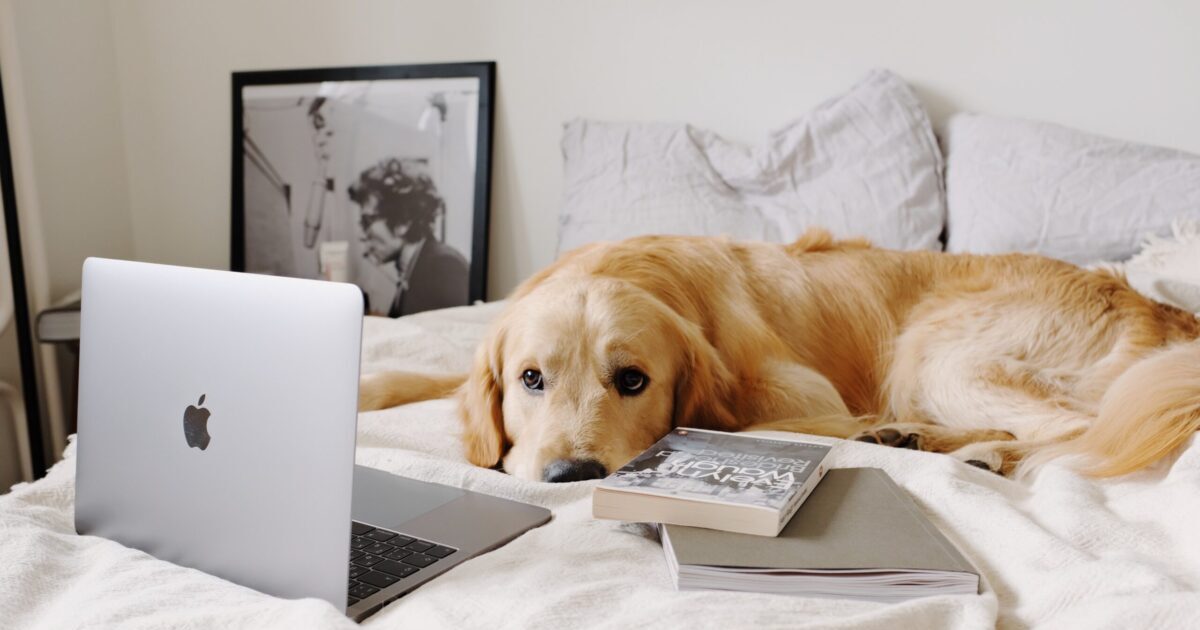