Do you seem to be refilling your dog’s water bowl more than usual? Is your dog asking to go out more, or having accidents in the house when he can’t be let out for awhile? 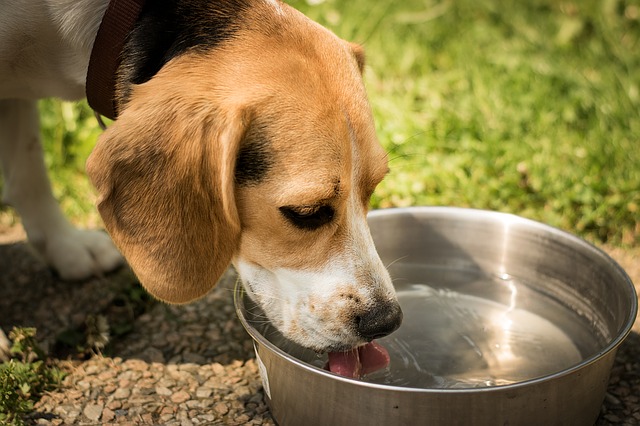 Less serious reasons for your dog to be thirstier than usual:

-It’s warmer than usual outside. You probably drink more when it’s hot out, too.

-Your dog is exercising more frequently or more intensely than before. If you bring a water bottle to the gym, you know that exercise makes you thirsty. More exercise than usual would then lead to more water consumption than usual.

-Your dog is spending more time outside than usual. This comes back to the heat factor. If your dog is used to a climate-controlled home and is now outside regulating his own body temperature, he’s probably going to require more water.

-Panting. Since dogs only sweat through their nose and the pads of their feet, they cool off – and lose moisture – by panting. This really goes with being hotter than usual or exercising more than usual.

-Vomiting or diarrhea. If there is more liquid coming out of your dog, more liquid needs to go into him to make up for it. Too much water can exacerbate a dog’s vomiting, though, so ice cubes can be a way to keep your vomiting dog hydrated while not contributing to his symptoms. 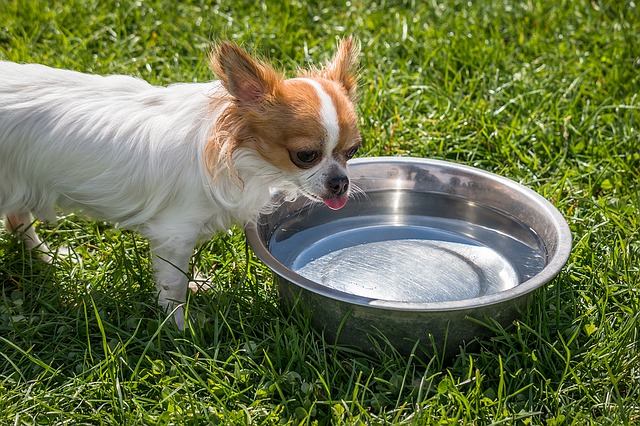 -Blood loss. Again, if your dog is losing fluids, he needs to make up for them somehow.

-Dry air. You know how your skin starts to dry out in the fall once you turn on your furnace? That same dry air may make your dog extra thirsty.

-Diet. Switching to kibble from something wetter or feeding a saltier diet or treats could contribute to thirstiness.

-Medications. Check the side effects of your pup’s meds to determine if this is a potential cause.

-Having a litter. Making milk requires a lot of water.

-Being a puppy. They like to play in and drink more water than adult dogs.

-Psychogenic water drinking. This is a condition where the cause is not physical but psychological, such as a dog that was neglected who makes a habit of drinking as much water as he can. 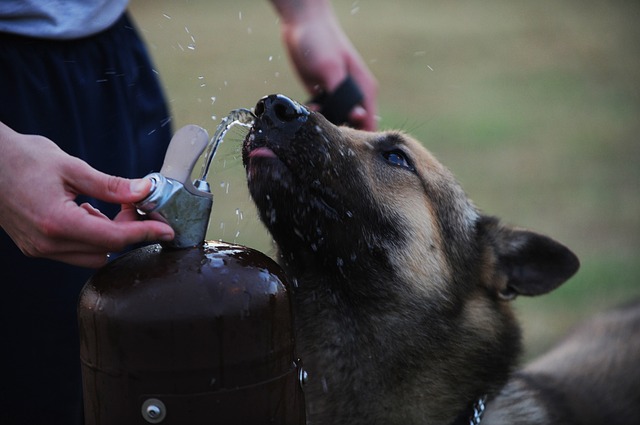 More serious reasons for your dog to be thirstier than usual:

-Kidney disease. When the kidneys fail, toxins start to build up in your dog’s system and he drinks more water in an effort to clear out the toxins. Eventually, no amount of water is enough to flush out all the toxins. According to Pet Helpful:

“A variety of things can cause kidney failure, which can be either sudden (e.g. ingesting antifreeze) or [chronic] (e.g. the result of kidney disease). Other signs of kidney problems in your dog are depression, listlessness, and loss of or decrease in appetite.”

-Diabetes (mellitus or insipidus). Dogs affected by either form of diabetes may lose weight despite having a normal appetite as well as drinking and urinating more. They may also have less energy than usual, have sweet-smelling or fruity breath, vomit, have cataracts or blindness, and have chronic skin problems. Your vet can test for diabetes and will suggest the best way to treat it. 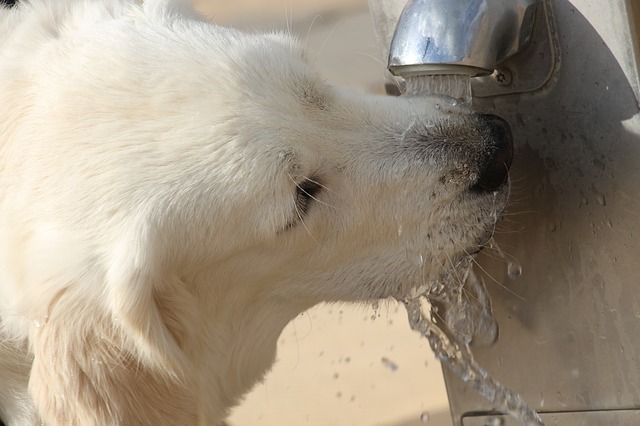 -Cushing’s disease. While some of the symptoms of Cushing’s disease happen gradually and may seem to be just a result of aging, they are actually the signs of too much cortisol in your dog’s blood. If he is also hungrier than usual, has a pot belly, and has thinning hair or other skin problems, the culprit of your dog’s thirstiness may be Cushing’s disease. It is manageable with treatment.

-Addison’s disease. This condition is a result of the immune system attacking the adrenal glands, which regulate the hormones responsible for maintaining the balance of sodium, potassium, and water. Symptoms include weight loss, lethargy, and muscle weakness. This isn’t a very common disease in dogs, so it won’t be the first thing your vet tests for.

-Liver disease. Like the kidneys, the liver helps filter toxins from the bloodstream. The liver can regenerate itself, but only up to a point. When more than 70% of the liver is damaged, it’s no longer able to filter toxins and your dog will feel compelled to drink more water in order to flush them out. Liver problems are often associated with jaundice, a yellowing of your dog’s eyes, tongue, or gums. Other symptoms include vomiting, diarrhea, and changes in the color of their feces. 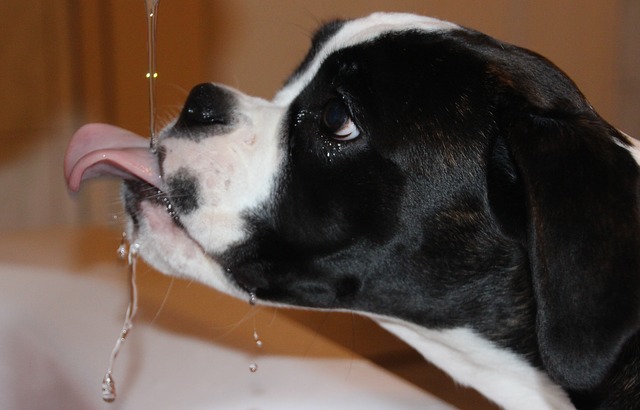 -Infection. When you have the flu, you’re told to drink more fluids. The same goes for your dog. He will feel naturally inclined to drink more water when he is dealing with a fever associated with an infection.

“In this condition, too much calcium is being produced in the dog’s body. The dog’s kidneys perceive these high calcium levels and attempt to flush them out in urine, causing increased thirst and urination. However, in time, calcium buildup in the kidneys may promote kidney failure. Causes of hypercalcemia include tumors, Addison’s disease, and vitamin D poisoning, though sometimes a real cause cannot be found. Other symptoms include lack of appetite, vomiting, constipation, and lethargy.”

If the cause of your dog’s excess thirstiness can’t be easily explained, it’s time for a trip to the vet.