When a sluggish movement was observed in a deep muddy hole on an urban construction site, the workers were concerned. The employees discovered a tiny puppy desperately drowning and fighting to stay afloat in the noxious muck after scanning the pit. They gathered together and hauled out the dying puppy as soon as possible.

The puppy was encased in a thick layer of dried mud from head to toe by the time the employees brought him to the South Essex Wildlife Hospital. He appeared rather pathetic as bits of trash plastic drooped from his stomach. The vet staff washed the terrified newborn, only to discover that he wasn’t a “dog” after all!

As a warm shower flushed away the arid layers of mud, the staff realized that the poor baby was actually a fox cub! After a very long dunking and scrubbing session, the 4-month-old cub finally recovered from the shock and was able to move freely again. To commemorate this one-of-a-kind rescue, the staff has named the baby “Muddsey”. We love the sound of that!

Muddsey is doing great now, and the veterinarian staff will set him correctly when he’s completely healthy. It’s been suggested that Muddsey was trapped in a muddy hole for a whole weekend based on his condition. If it wasn’t for the construction workers, he would have met a horrible demise. We’re ecstatic that things worked out well.

Be sure to WATCH the heartwarming video below. Be sure to SHARE this post with a friend or family member to pass on the SMILE!

Mailman Gave Treats To Dogs On His Route, And When One Died, Owners Gave Him A ‘Sweet Note’: 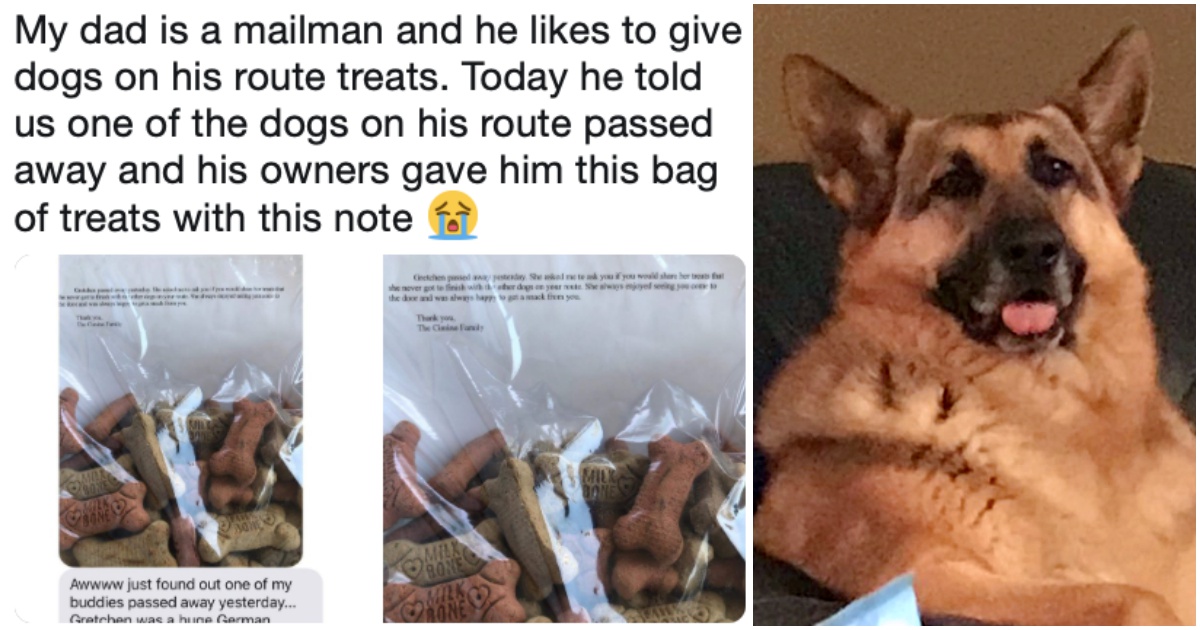 We wouldn’t be surprised if all of the dogs on this mailman’s route looked forward to his arrival, as they are known to bark and chase after postal workers. Twitter user @amorningsting took to Twitter to share his heartfelt, yet sad experience that her father Fernando, a mailman, has recently gone through.

Fernando’s daughter recalls that her father would carry a bag of milk bones with him on his route so he could give them out to the dogs. You may see how caring Fernando is just by looking at his simple act of carrying a bag of milk bones! His daughter posted a screenshot of the text her dad had sent her, which has since gotten more than 161k retweets and 777k likes. It read: “Aww just found out one of my buddies passed away yesterday… Gretchen was a huge German shepherd but she was a teddy bear.” 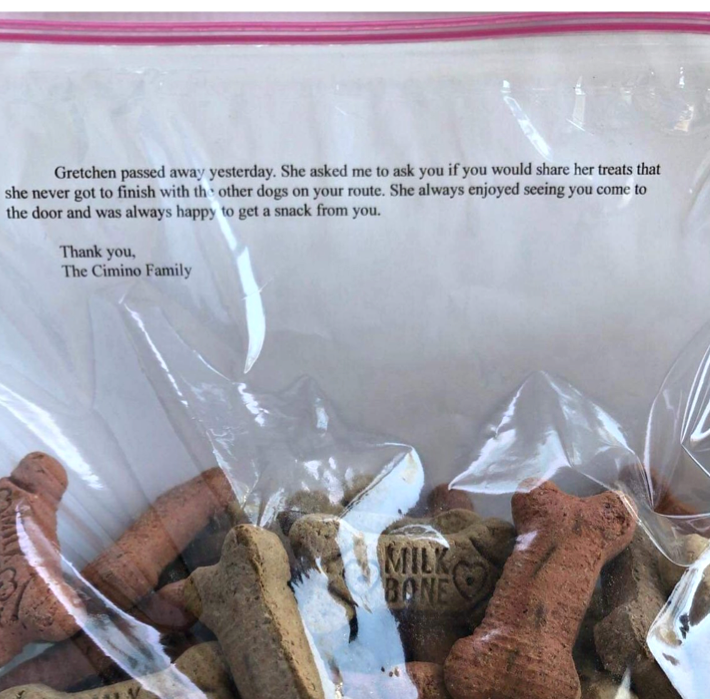 Fernando attached a photo of a note that Gretchen’s family had given him when he’d stopped by their home on his route, as well as a bag of milk bones. The note stated, “Gretchen passed away yesterday. She asked me to ask you if you would share her treats with the other dogs on your route because she never got to finish them. She was always delighted to receive a snack from you when you came over the door.” Thank you, The Cimino Family). 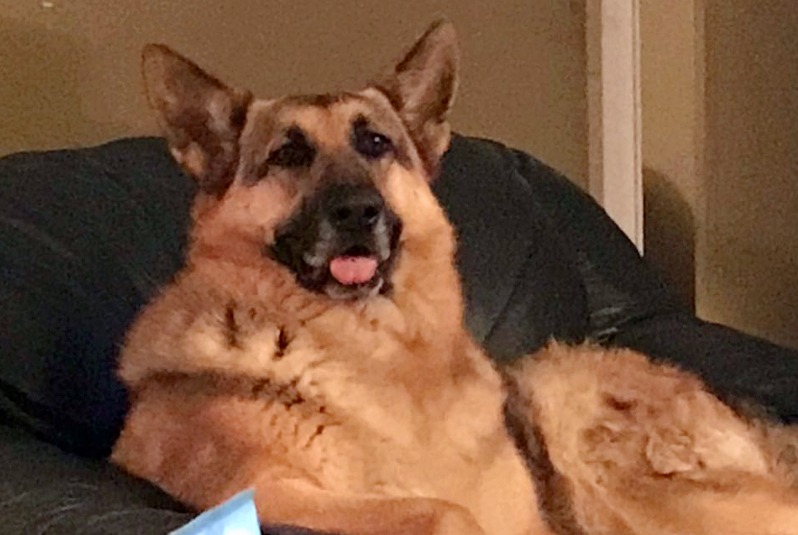 To make the story even better, Gretchen’s owner saw @amorningsting’s tweet and replied: “My wife and I were told about Gretchen’s letter to Fernando being on Twitter. I can’t begin to tell y’all how much it has meant to us seeing how much love and support y’all have shown our girl. She was the absolute best.”

He and his wife adopted Gretchen from a shelter when she was two years old. He hopes that this story of Gretchen will get people to see that adopting older shelter dog can result in a “once in a lifetime friendship.”

Watch the video below of their wonderful relationship! Please be sure to SHARE this story with a friend or family member.