To understand why dogs are so incredibly gifted at sniffing out medical conditions (not to mention drugs, explosives, lost humans, and, of course, cats) you have to fully appreciate the wonder of the canine nose. Your average family dog has a sense of smell 10,000 to 100,000 times more sensitive than any human. They have 300 million olfactory receptors to our measly 6 million. Scientists have likened their ability to “catching a whiff of one rotten apple in two million barrels.” 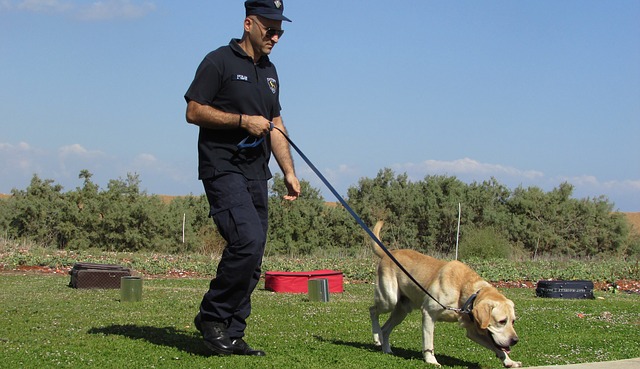 And these facts just barely scratch the surface of what dogs’ remarkable snouts are capable of. From law enforcement and military employment to laboratory medical research, the power of the canine nose has helped save countless human lives.

Dogs all over the world are currently putting their noses to use detecting these 6 medical conditions in humans. In doing so, they improve and prolong the lives of the people they serve.

The working dogs of the non-profit In Situ Foundation have the ability to sense early stage cancer in small samples of human urine, saliva or expelled breath with more accuracy than any modern equipment. The 50+ dogs trained by In Situ founder, Dina Zaphiris can sense multiple types of cancer in parts per trillion – similar to sensing a single drop of blood in an Olympic-sized swimming pool.

There is some controversy surrounding whether or not dogs can actually sense an impending seizure, or just react to one in progress. If they do sense them coming, scientists have not yet figured out how. Since no specific scent or marker for predicting seizures has been identified, trainers are only able to teach service dogs to help out during and after an attack. It is unknown whether those dogs that do seem to sense a seizure before it hits are picking up on a smell brought on by a change in body chemistry or subtle behavioral changes.

Dogs have the ability to sense spikes and drops in human blood sugar. Scientists have discovered that what they are detecting in a hypoglycemic episode is isoprene, a common natural chemical found in human breath that rises significantly as blood sugar plummets. A drop in blood sugar can lead to disorientation, unconsciousness, coma or even death in an insulin-dependent diabetic, so alerting their handler at the earliest sign is vital. Many diabetes service dogs are also trained to retrieve a sugar source in cases of hypoglycemia.

Narcolepsy is a potentially dangerous brain disorder that affects the ability to control sleep-wake cycles. This means a person could potentially fall asleep while walking down a flight of stairs or crossing a busy street. Narcolepsy service dogs have the ability to detect a subtle biochemical change in the form of an odor when an attack is coming on. They can warn their masters to seek safety up to 5 minutes before an attack, and they are trained to stand over them protectively if out in public.

Although not life threatening, migraines can certainly be debilitating, costing sufferers hours, if not days, of intense pain. An informal study reported in Psychology Today noted that 60% of migraine sufferers polled said their family dog had alerted them to an impending headache an hour or two in advance. Some severe migraine sufferers have service dogs specifically trained to hone in on serotonin spikes in the blood. They are able to warn them of the brutal stroke-like symptoms up to 2 hours in advance – early enough to take medication and head off the attack.

Anyone who has ever had a dog can attest to the fact that they most certainly read our emotions. They can quite literally “smell fear” in the form of the surging hormones our bodies release in response to stressful situations, including adrenalin and cortisol. Service dogs that have honed this skill are especially important for people on the Autism spectrum who experience higher levels of the “stress hormone” cortisol and for those suffering from PTSD.