For us humans, it’s not exactly socially acceptable to go up to an acquaintance — or even an old friend, for that matter — and start humping them. Nor is it appropriate to go to town on a toy or pillow with onlookers nearby. However, our canine companions don’t have these kinds of social inhibitions, but for us humans, our pups’ frisky behavior can be pretty embarrassing! Sometimes, a mount can even lead to an altercation between two dogs.

So why do they do it? As it turns out, there are multiple reasons why dogs mount, which explains why pooches of both genders — spayed, neutered, or intact — engage in this behavior.

Veterinarian Dr. Kathryn Primm says in a story for iHeartDogs:

“Dogs do not have any emotional feeling about the gesture nor do they feel any awkwardness about it, like people do. When it is driven by hormones, as in an intact male, it is more likely to be sexually based, but neutered males and females can engage in this conduct as well, and almost all puppies do too.”

Below, find 9 reasons why dogs hump, as well as what to do about it:

While this isn’t the only reason dogs hump, the fact is, mounting is a sexual behavior that’s necessary for reproduction. In an article by WebMD, David S. Spiegel, VMD, who has a behavioral veterinary practice, explains that puppies under a year old who haven’t been fixed will hump mainly for sexual reasons.

Writer and former vet tech Dina Fantegrossi adds in an article for iHeartDogs:

“As you might expect, humping is often a sexually motivated behavior, even in female dogs. Sexually motivated humping tends to occur during a female’s heat cycle and may be accompanied by other forms of ‘flirtatious’ body language like a raised tail, pawing, and play bows.

Because the behavior can appear quite similar, owners often mistake simple play for sexual advances. The best way to put an end to sexual humping and eliminate confusion is to have your dogs – male and female – neutered and spayed.”

You’ve probably heard that humping is a “dominance thing,” and sometimes, that’s true. But WebMD explains that sometimes dogs will do it in order to observe the other dog’s reaction, which helps them determine their place in the “pack.” The problem is, this can also lead to altercations between two pups. Fantegrossi notes:

“Vigorous play sessions may also lead to displays of dominance. Both male and female dogs may seek to establish themselves as ‘top dog’ by mounting or humping. Raising themselves physically higher than another pup through mounting is a surefire way to assert themselves.” 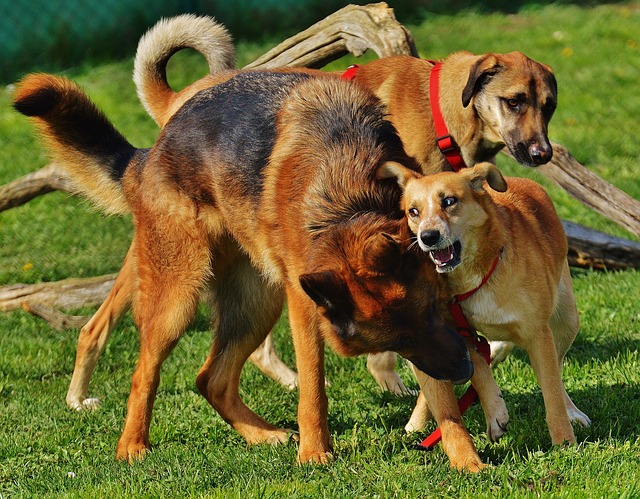 Dogs will jump on each other as a means of play — and that includes hopping on another’s behind.

“You’ll often see one dog mount another, then a few minutes later they’ll switch off and the other dog will mount the first dog,” Gary Landsberg, DVM, a veterinary behaviorist, tells WebMD. “It’s a common play gesture.”

“It’s a play behavior that dogs do because no one has told them it’s not acceptable. It can become enjoyable or a normal part of the dog’s day, so it keeps doing it. It’s the same as jumping up or barking at the door.”

Dr. Kathryn Primm further explains why pups may hump toys and pillows as a means of play, too:

“Just like your dog might growl and shake a toy during play, he may also mount the toy. Play tends to be a reflection of actions in normal life, maybe even a rehearsal. We know that play behavior is important to good mental health and growth.”

Some dogs turn to this behavior when they get overstimulated and don’t know how to handle all that excess energy.

If your pooch only mounts when they’re overly excited, like at the dog park or when you come home from work, this is probably the reason.

An overabundance of energy doesn’t always occur during fun and exciting situations; a pooch afflicted with anxiety, stress, or nervousness may use humping as an outlet to calm themselves down. It can even become a compulsive behavior. Fantegrossi says:

“Social dominance should not be confused with stress-related humping or compulsive behavior disorders. For some dogs, humping is their go-to response to stressful or exciting situations like meeting a new dog or human. If the humping leads to aggression in your anxious dog, seek help from a veterinarian or behaviorist.” 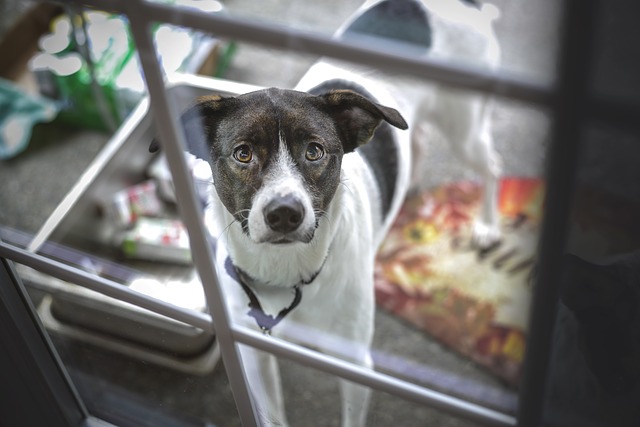 If dogs routinely hump for any of the reasons above, he may have learned to engage in this behavior when he was feeling anxious / excited / playful, etc. and now it’s a habit, since it was never corrected. It could even have stemmed from puppyhood.

Fantegrossi explains another reason why female dogs may engage in mounting behaviors.

“Some scientists believe dominant humping in female dogs may be a result of prenatal masculinization. This phenomenon is thought to occur in female dogs that were outnumbered by male puppies in the womb causing a hormonal transfer during prenatal development.”

It’s also possible that dogs seeking attention engage in this behavior – as they might with other behaviors – in order to get attention. Even if it’s negative, dogs that are lonely, bored, and craving affection will do just about anything to get you to engage with them. If this is the case, a little extra positive attention and daily exercise might just do the trick.

Fantegrossi explains that while they’re not likely, medical issues should still be ruled out.

“In rare cases, humping can be associated with a medical issue. The ASPCA lists urinary tract infections, incontinence, priapism, and skin allergies as potential triggers.” 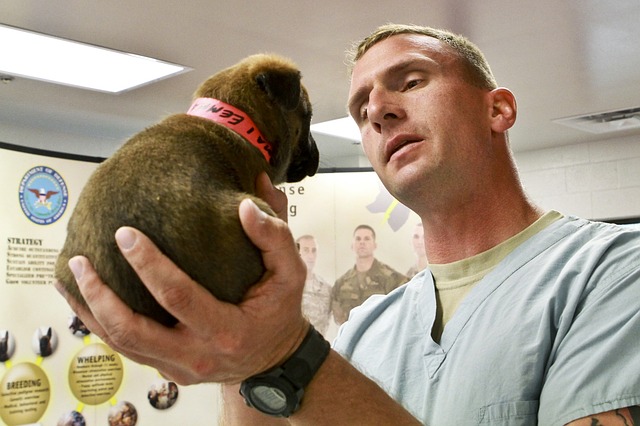 How to Stop Your Dog from Humping

For starters, getting your pooch spayed or neutered should help reduce the urge, especially if it’s sexually based.

Secondly, just like with any other behavior, you can teach your dog not to mount with the use of distraction and positive reinforcement. Scolding is never necessary, and can actually be counterproductive, so the next time you catch your canine “in the act,” switch gears by initiating a game with his favorite toy or a mini training session with some yummy treats.

“If you see a behavior you don’t want to see all the dog’s life, then you need to stop it when you first see it,” Spiegel says in the article by WebMD. “So if the puppy is humping, distract them when they do it and then give them something else to do. That’s very important. You have to give them an alternative behavior. Give them a different toy. Play with them in an appropriate way.”

What’s more, giving a bored or attention-seeking dog some positive, one-on-one time with you every day will help strengthen your bond and lessen their need to turn to undesirable behaviors. Regular exercise is also imperative to help your pup burn excess energy that may otherwise come out through destructive or odd behaviors – like humping.

In addition to saving yourself embarrassment, teaching your pooch to control his urges can avoid fights with other dogs who react aggressively to being mounted.