We worry enough about our dogs when we drop them off at daycare. Do they miss us? Are they scared? Are they getting enough food? Enough play time? Our dogs are our babies after all, and even these little things can get in your head. So stories about animal day care employees mistreating the animals in their care hit extra hard.

SCRAPS (Spokane County Regional Animal Protection Services) began an investigation into a daycare in Spokane Valley, Washington this week. An incident of abuse occurred at Jeanne’s Doggie Daycare & Pet Hotel on Tuesday, February 25th, and the whole thing was captured on [disturbing] video.

The video that initially went viral on Facebook has since been taken down, but as of this post a copy exists here. [Content warning: the video contains abusive actions towards an animal.]

In the video taken from afar, you can see two employees walking with two different dogs. Seemingly to separate the two from one another, one employee visibly strikes the other dog on the head. The other employee stands back for a moment before following the other two inside. Needless to say, it’s upsetting to watch.

According to a manager at the daycare, the other employee in the video reported her coworker immediately. He has since been fired, the manager informed KHQ.

“Following the incident (Tuesday morning,) I received a call from the staff member involved. She told me what happened and expressed her concern for the dog. I immediately was on my way to the location and had him pulled from the dogs. I drove out there to investigate and assess the situation.”

As for comment from the terminated employee, the [anonymous] manager provided none. She alleges that the abuser was fired before the video ever went viral on social media. As far as she knows, that employee had never committed animal abuse before.

“I did not give him the opportunity to say anything. The video is disturbing.”

Naturally, with so many eyes on it, the video prompted an overwhelming negative response. The daycare manager says they’ve received threats from people all over the country. That’s largely why she preferred to remain anonymous.

Jeanne’s Doggie Daycare & Pet Hotel’s Facebook page became flooded with negative reviews. It currently sits at 1 star. Most came to express outrage at the video without having boarded their own pets there. Some referred to other incidents of abuse with this daycare in the past, though those are unconfirmed.

The facts are still coming in as of now, but all of it certainly reads as fishy! Please don’t hesitant to properly report any abuse towards animals you witness. 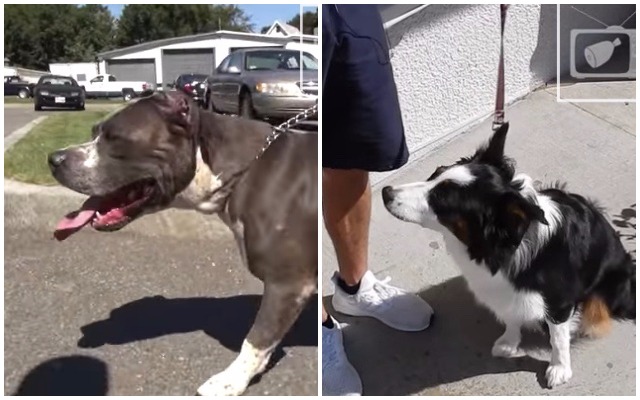