Liz Haslam’s life has always revolved around dogs. Growing up, her mother bred West Highland Terriers, and her father owned an animal food business. As she got older, she knew her home wouldn’t be complete without the sound of paws padding down the hall, and she eventually found her passion working with rescue dogs.

Unfortunately, after years of living in a home filled with pups, Liz’s husband wanted to take a break from rescuing. When he gave her the ultimatum of, “it’s me or the dogs,” Liz knew what she had to do.

Family portrait!
Liz Haslam with some of her bullies…
It’s only 5 but getting 5 to pose is hard enough!
❤🐶❤🐶❤🐶❤🐶 pic.twitter.com/21lU1fGAYq

“He’d got to the point where he’d had enough and wanted to slow down. But I wasn’t prepared to give it up. So he decided to go.”

Liz and her husband married in 1991 and moved to a home in Suffolk seven years ago. Determined to make caring for dogs a big part of her life, Liz decided to use their half-acre of land to start a dog boarding business. That idea eventually evolved, and she’s now the proud owner of Bedsforbullies, a sanctuary for rescued Bull Terriers.

Liz takes in as many rescue dogs as she can and does whatever it takes to help them find better lives. She fosters the dogs with nowhere else to go and keeps them healthy and happy while they wait for forever families to finally find them.

There’s a lot of joy and reward that comes with running an animal rescue, but it isn’t all tail wags and belly rubs. Liz told reporters that she doesn’t get days off, and she’s usually on her feet until 11:30 every night. It’s hard work caring for a large pack of rescue dogs, but Liz sees it as her responsibility. She said,

When her husband left, Liz knew she made the right decision. The former couple hasn’t spoken in the year and half since the ultimatum, and in that time, Liz has taken in even more dogs. Her pack is always growing, and she often brings in dogs that need special homes or came to her badly injured or mistreated.

There’s Shelby, a Bull Terrier that struggles to trust men and is also deaf, and Ted, a 10-year-old senior that prefers to be the only pet in the house. There are several dogs currently looking for new homes, and Liz is determined to help them even if it means doing it without her husband.

Soon it might also mean doing it without a place to call home. Bedsforbullies recently received notice from their landlord that the land where Liz and the dogs live will soon be sold with plans to redevelop the property. The Beds for Bullies team is scrambling to find a new place where the dogs can receive specialized care. They’ve started a GoFundMe page to help the nonprofit with relocation costs.

If you live in the UK and are interested in giving one of the Bedsforbullies dogs a good home, check out their Facebook page.

Do you think she made the right decision? 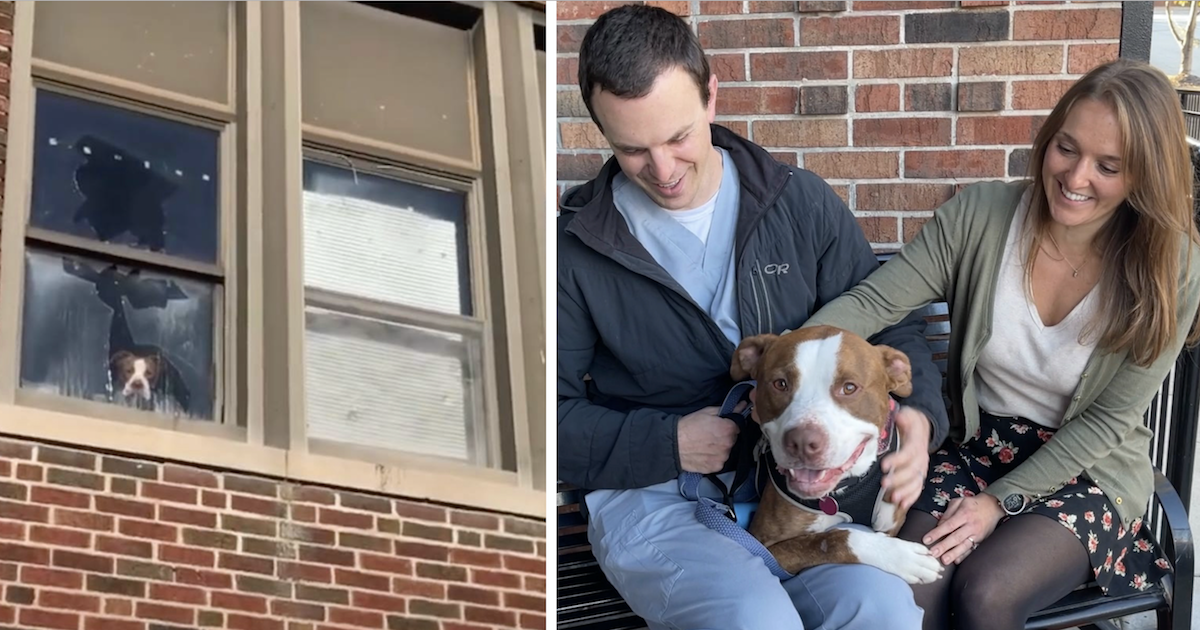