David Fredman was driving to work on a Missouri highway when he was stopped dead in his tracks. He saw a medium sized dog hanging by his neck from a cord alongside the freeway near an electrical box. He couldn’t believe his eyes. He told Fox 4 KC,

“I saw what looked like a dog that was being hung over the side of some sort of power box. The cord was definitely strangling him. His feet were touching the ground, but they were barely touching the ground. He was trying to whip his head left and right but could barely move it.” 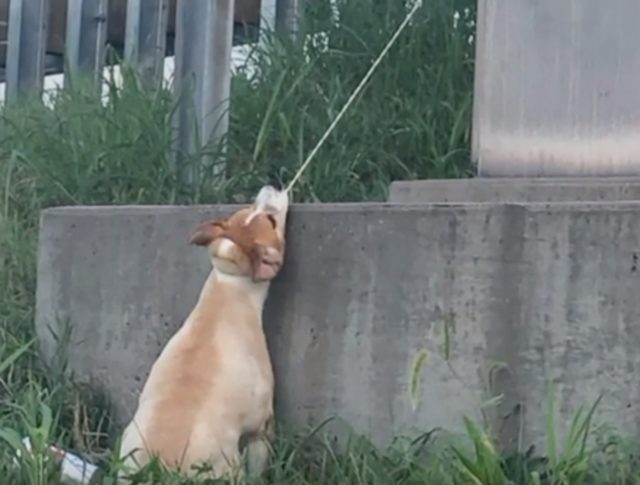 He brought the recovering pup to a local animal shelter, KC Pet Project in Kansas City. The dog was checked for a microchip and as it turns out, the dog’s name is Max and was registered to Dee Vaughn who had reported Max missing the day before. Max is a 16 year old senior, so Dee was terribly worried about him. 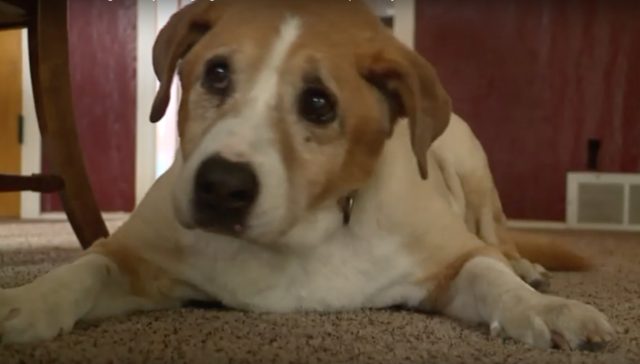 Vaughn and Max had been visiting a house about a mile from the strangulation site when Max disappeared. Vaughn says that he received a phone call about two hours later asking if his dog was missing. Vaughn believes that there is no way Max could have gotten to where he was found on his own. Did Max somehow get himself into this predicament or is there someone out there that did this purposefully? Unfortunately, we may never know. 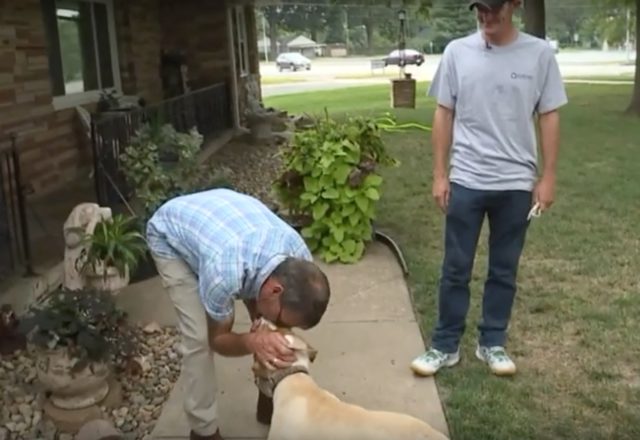 Thanks to the quick actions of Fredman and a microchip, this story has a happy ending. Within hours of being saved and brought to the shelter, Max was reunited with his utterly baffled but immensely relieved family. Vaughn invited Fredman to his home to personally thank him for his efforts in saving Max’s life. 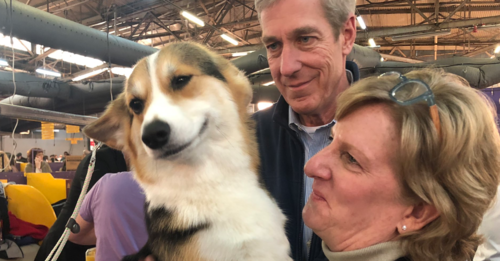