As Karma the Pit Bull writhed in agony from her broken leg, she lay abandoned on the side of a busy road. Too pained to move, motorists avoided her out of fear of the “scary” breed. Starvation soon claimed the animal’s weakened body, and she resigned herself to death.

As the rescuer approached Karma, she stared at him with her strikingly beautiful eyes, only to turn her face away. She was weary to her core and didn’t want to engage with anyone whatsoever. The rescuer detected Karma’s despair and decided to make her feel comfortable. He provided some food and lightly petted her while trying to persuade her to come with him. The timid dog ate the food but showed no desire in being saved, revealing that she had been betrayed by humans in the past. All she wanted was to be left alone; even if it meant a slow death. 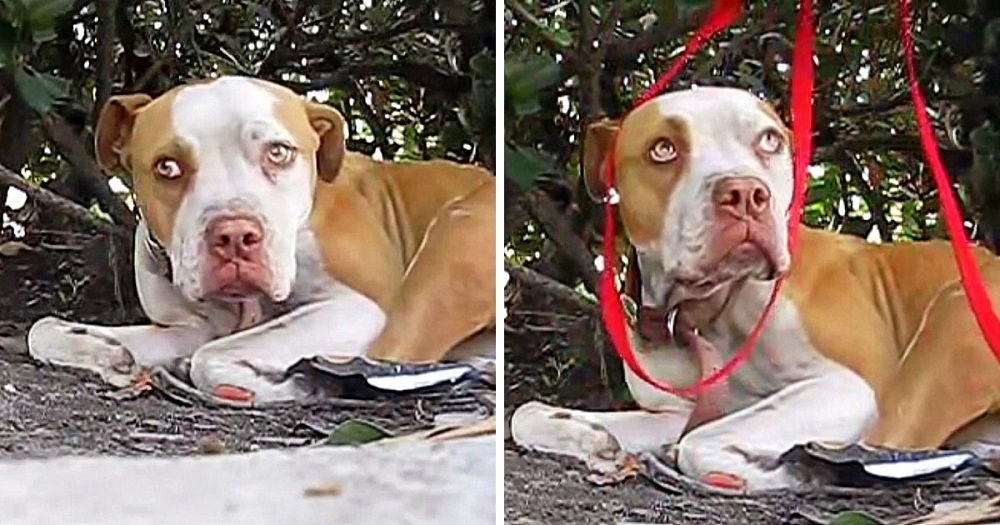 It was clear to the rescuer that Karma wasn’t going to come to him of her own accord, so he put a leash around her neck and began walking her. Amazingly, she tolerated this well and didn’t fight against the leash. As he continued petting and comforting her, she finally gathered enough trust to stand up and follow him obediently! 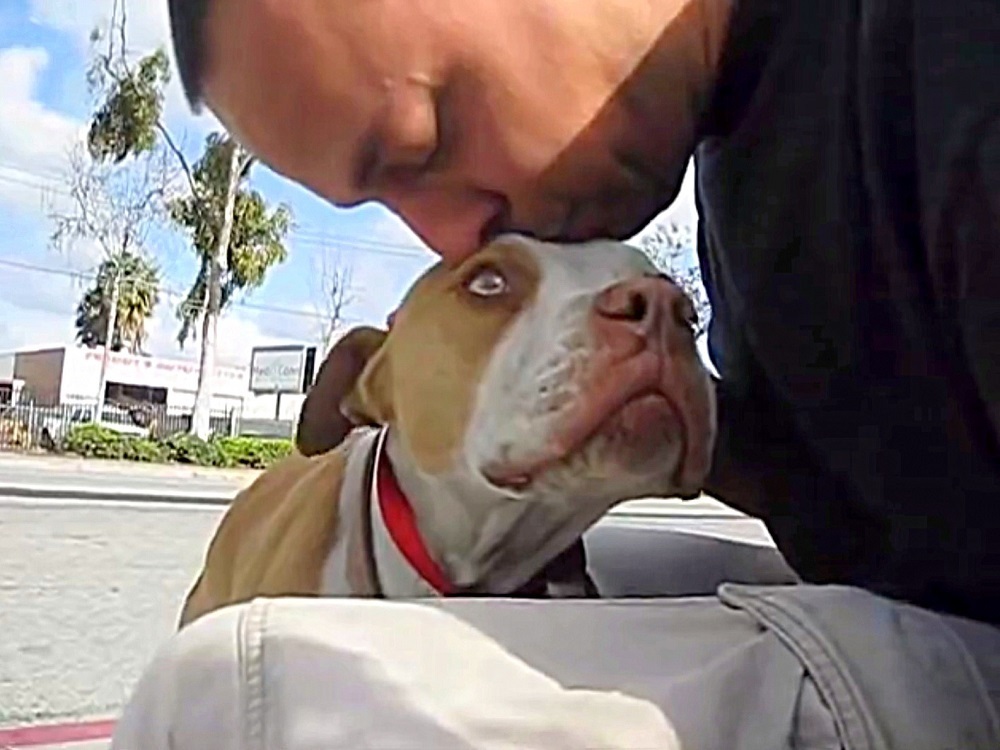 The shy and sweet Karma knew she was giving up her future to the rescuer, but something told her that the leash meant hope and healing. With that heartwarming realization, she rested her head on her savior’s lap and proceeded to shower him with many grateful kisses! What an absolutely precious sight!