It’s official, your dog can succumb to the green-eyed monster called jealousy. It’s not in your head pup parents, your dog can experience feelings of jealousy when your world is not currently revolving around them. A new UC San Diego study on canine behavior proves that your dog not only makes you the center of their universe, but they also display jealous behaviors when you give other furry friend’s attention.

We’ll dive into the details of this canine study so you can better understand your pup and the ways you can lessen the impact of these envious emotions your dog may harbor.

Intentions Of The Study

Jealousy is at the root of many human conflicts all over the world. With jealousy being one of the leading causes of social and psychological complications in our lives, some scientists began to wonder just how many creatures can be impacted by the green-eyed monster.

If you’re a dog parent, you’ve likely experienced a moment that pointed to the possibility of jealousy in your pup. Whether it was due to their whining when you cuddle their furry sibling, the intense sniffing sessions that happen once you walk through the door after a day spent meeting other pups, or simply doing anything other than giving your pooch the head pats they desire; your furry companion has likely displayed some of the behaviors that point to canine jealousy. 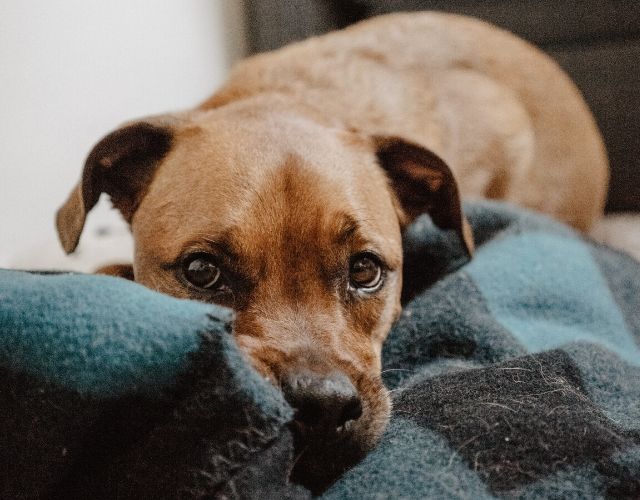 With so much talk about dogs showing envy toward other subjects, Professor Harris, Professor Prouvost and the research team at UC San Diego decided to set up a social experiment to help them determine the reality behind jealous canine behaviors.

The Study On Jealousy In Dogs

To help researchers get to the bottom of the possibility of jealous feelings in canines they recruited 36 dogs to participate in their study. The research took place in the dog’s own home to make sure their behaviors were as natural as possible.

To really set the scene, each fur parent needed to gather a stuffed dog, a Jack-o-lantern, a book, and a camera to film the interaction. Now that they had the tools in hand, it was time to put these objects to the test and see how their beloved companions react in the experiment.

Each fur parent had to then film a 1-minute scenario with their dog in which they showed attention to the three objects, and ignored their dogs during the process. They also had to place the object in which they reacted to most on the floor with their pup following the experiment and see how their fur babies greeted their “competition.” It was time to find out just how natural an emotion jealousy can be.

The Proof Of Jealousy in Canines

This study filmed the reaction of each dog in the experiment as they watched their favorite humans interact with other objects.

The fur parents were instructed to push a button on the realistic plush dog toy, and realistic barks and whines would sound. They were then told to play with this stuffed toy as if it were a real dog for 8 seconds, and not pay any attention to their actual fur babies during this time.

After they interacted with the stuffed dog toy, they then went on to play with their Jack-o-Lantern as if they were interacting with a real dog once again. This also went on for 8 seconds, and the fur parents paid no attention to their pups during this time.

Last up in this study was the interaction with the children’s book that had interactive pop-ups that spoke aloud and sang childhood melodies. The pet parents were told to read this book out loud in a cheerful manner as if they were reading to a young child. Again, they were instructed to pay no attention to their dogs.

So can dogs get jealous? According to this study, the answer is yes. Professors Harris and Prouvost show that dogs exhibit jealous behaviors, like snapping and pushing at their owner or the rival, when the owner showed affection to the realistic stuffed dog. The dogs in the study displayed these behaviors more with the stuffed dog than when the same affection was showered on the Jack-o-Lantern, and significantly more than when the pup parents simply read the children’s book out loud. The pups in this study were truly jealous of their dog-like competition! 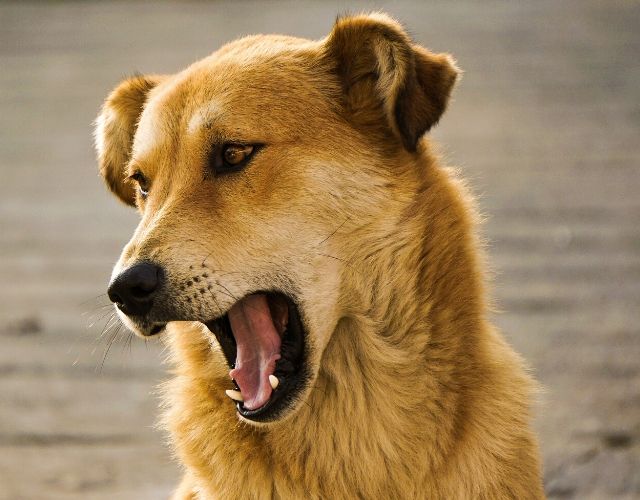 “Our study suggests not only that dogs do engage in what appear to be jealous behaviors but also that they were seeking to break up the connection between the owner and a seeming rival. We can’t really speak to the dogs’ subjective experiences, of course, but it looks as though they were motivated to protect an important social relationship.” – Professor Harris

The furry friends in the study were about twice as likely to push or touch the owner when they were interacting with the fake dog toy. Harris and Prouvost believe that their behavior and signs of aggression point to the fact that these dogs saw the stuffed toy as a potential rival. They also include that 86 percent of the dogs sniffed the toy dog’s rear end during the experiment or post-experiment phase, which is also a sign that they are trying to size up the new competition in town.

Is Jealousy A Primal Instinct?

With the results of this doggie experiment pointing to the fact that dogs do experience their own version of jealousy, this opens the question as to if jealousy and envy are primal instincts.

“Many people have assumed that jealousy is a social construction of human beings – or that it’s an emotion specifically tied to romantic relationships. Our results challenge these ideas, showing that animals besides ourselves display strong distress whenever a rival usurps a loved one’s affection.” – Professor Harris

Many psychologists have claimed for years that some creatures just cannot experience jealousy due to it being based on a social construct that only humans have. With the incredible results of UC San Diego’s experiment, we think it’s time to reconsider!

Helping Your Dog Through Their Jealousy

Now that we know dogs can experience feelings of jealousy when a new pet enters your home, how can you make the process of animal introduction easier for the pup that first stole your heart? First, you’ll need to understand some common signs of jealousy in dogs. While there are some obvious signs such as aggression toward the new pet, there are also more subtle signs as well.

Some signs of jealousy in dogs include: If your pup is experiencing any of the above behaviors, they may be feeling a bit envious of the new canine friend that’s stealing some of the attention you once showed them. If you are worried about how the green-eyed monster is affecting your pet, you can implement some of these tools to reduce canine jealousy.

Wrapping Up The Discussion

As dedicated dog lovers, we all support the fact that dogs have deep emotional connections and feelings just as we do. Thankfully science is starting to support this argument as well and is finally giving the public a glimpse into the special bond between dogs and humans. Now that we know jealousy in our furry BFFs is backed by scientific study, we can try our best to reduce their struggles when a new dog enters our lives!