Do dogs get jealous? Animal experts and dog behaviorists don’t always agree on whether or not dogs experience jealousy in the same way humans do.

A 2014 study suggests canines do indeed feel envy, but it might be based on other more instinctual emotions, like resource guarding. Whether it’s the exact same emotion humans feel or not, when you get down to it, dogs really do get jealous.

They become attached to people and even objects, and it’s a natural response for them to covet what they deem theirs. It’s nice to know your dog loves you enough to get jealous, but a jealous dog isn’t always a dog you want to be around. Luckily, there are ways to help. 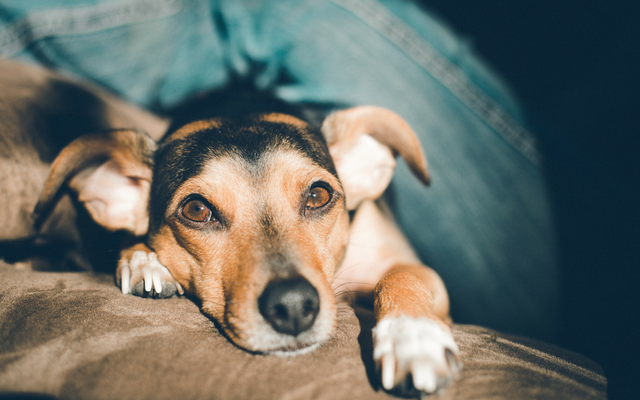 Signs a Dog Is Jealous

Do you ever move toward a family member or friend only to have your dog push you away or squeeze in the middle? Or maybe your dog forces their way onto your lap when you’re sitting on the couch with someone other than them. This kind of pushy behavior is a clear sign your dog is jealous. They’re demanding your attention and can’t handle the idea of someone else benefiting from all the wonderful things they love about you.

Aggression is what happens when that pushy behavior takes a turn for the worst. Everything including growling, snapping, lunging, and attacking is considered an act of aggression. This can happen when you’re sitting comfortably with your dog and they growl at anyone who dares come near. This kind of jealousy can be directed toward both people and other pets.

Your dog has learned through your many training sessions that you love it when they do tricks. You give them treats and praise when they roll over, spin, and play dead. If they’re desperate for your attention, pulling off a trick seems like a good way to get what they want. If you’re talking on the phone, don’t be surprised if your jealous pup starts randomly pulling tricks in hopes you’ll look their way. 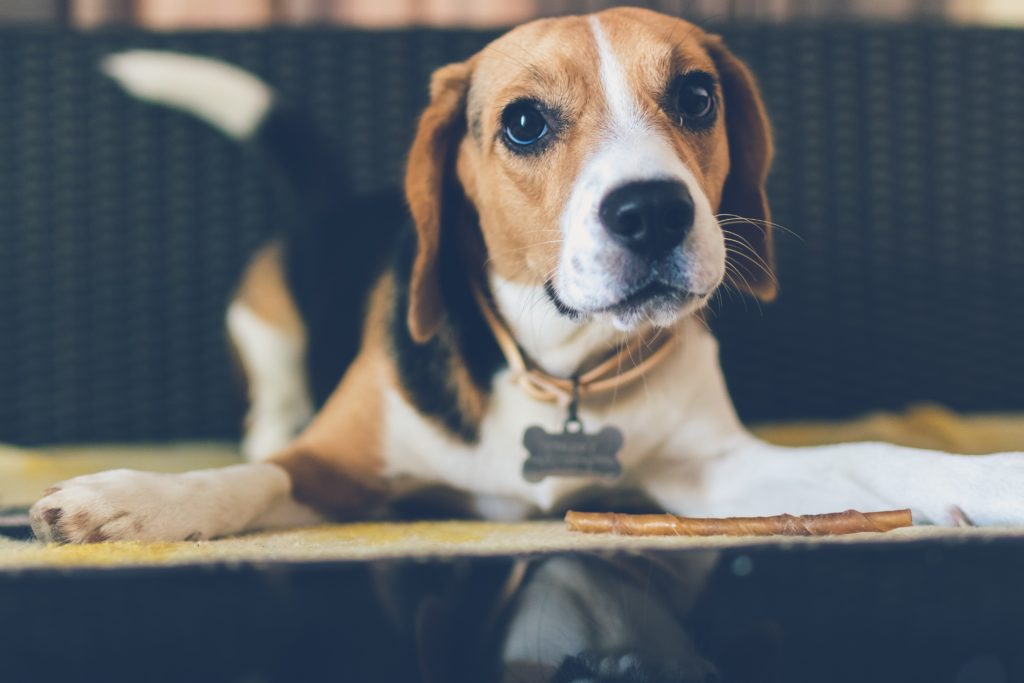 While doing tricks earns them praise, jealous dogs don’t always care what kind of reaction they get, as long as they get one. In their mind, misbehaving is the same as doing something good because they get your attention either way. Daily Puppy says,

“If jumping on you, eating the furniture, or racing around the house transfers your focus to the dog from whatever it is you were doing, your pooch considers that a win. Dogs are excellent manipulators of human behavior.”

Jealousy is often a form of insecurity. If a dog feels they’re being neglected and they’re jealous of someone else taking their spot, they might not have the heart to fight it. Sometimes they express their emotions by leaving the room. They’re trying to communicate that something is bothering them, and withdrawing can be a sign of envy.

You’re pretty sure your dog is jealous, but what can you do about it? It’s not like a jealous spouse where you can calmly talk it out. Instead of telling your pup there’s no reason for them to be jealous, you need to show them. Here are a few practical ways you can help improve your dog’s jealous behaviors. 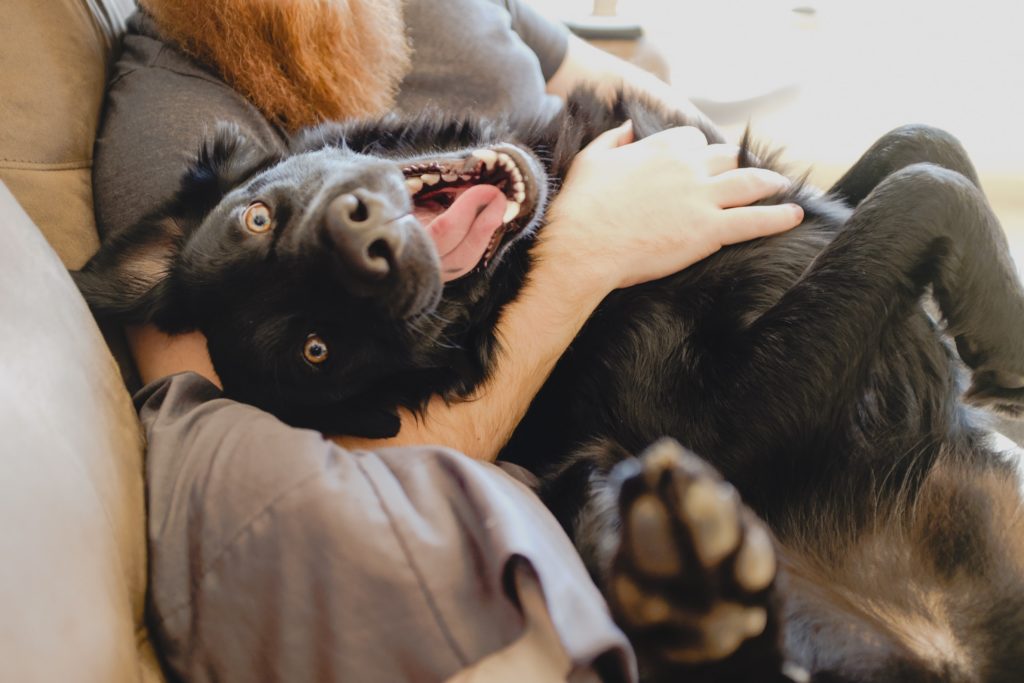 There’s nothing a jealous dog loves more than attention. As long as you’re looking at them or touching them, they feel their actions were worthwhile. You need to show your dog that inappropriate behaviors won’t get them what they want.

If they’re sitting on your lap and growl when someone walks into the room, calmly remove them from your lap and take away their reward. It’s important to be consistent with this method of training. The only way they’ll decipher your message is if you do it every single time.

Get Everyone Involved in Training

Jealousy in dogs usually happens when they form a particularly strong bond with a specific person in their household. It’s usually the person who spends the most time with them, and everyone else in the dog’s world pales in comparison. It’s okay to take a moment to bask in their affection, but the only way to have a peaceful household is for the dog to realize all of their humans are important, not just their favorite.

To show them this, other people in the family need to be more involved with training. Even dogs that already aced obedience school need regular training sessions. Rover says,

“Reinforcing behaviors like ‘leave it’ and ‘go to your rug/crate’ will help establish your leadership and polish up the skills you’ll need to manage jealousy situations.”

Make sure everyone trains in the same way so the dog doesn’t get confused. Spending time with other people will show the dog every human in their life deserves respect and a place on the couch. 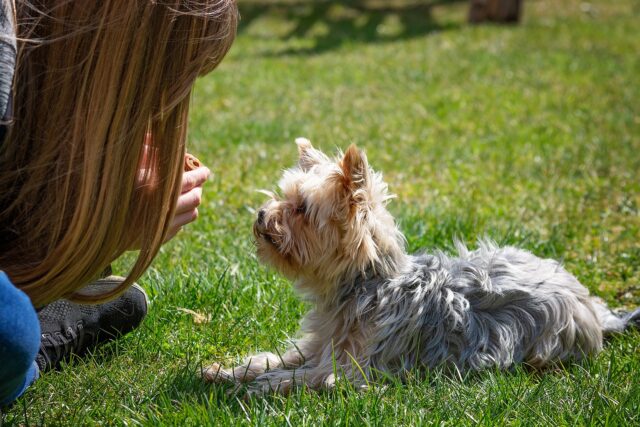 A jealous dog sees other people and pets as competition. To change that, you need to convince them that the person they’re directing their envy toward is actually a trigger to all the best things in life. For example, only play their favorite game when the other person or pet is there too. If your spouse comes and sits next to you on the couch, give your dog a tasty treat before they have a chance to act out.

If it’s another dog they’re jealous of, take them on walks and adventures only when they’re together. The first few times might not yield perfect behavior, but consistency will help the jealous dog associate family members with fun and treats rather than jealousy.

Helping a jealous dog learn to share their favorite person won’t happen in one day. They’re convinced they’re acting appropriately to protect what’s theirs, and that’s not something easily changed. Consistency, positive reinforcement, and patience will be essential. Come up with your plan of action and stick to it. Once your pup starts to change their behavior, all your hard work will pay off.