Great Danes are known to be gentle giants but that doesn’t mean they can’t get jealous! Lindsey Heinz is the dog mom to a Great Dane named Bagira. She decided to expand their family by adopting a sweet, tiny puppy from a local shelter.

It seemed like a great idea to everyone except Bagira. The jealous giant showed her outrage in the best way possible. Lindsey decided to record the moment she introduced her two dogs to their newest sibling.

She held the tiny puppers in her arms as Bagira came in for a closer look. Jealousy took over as Bagira jumped up and put her paws on Lindsey’s arm. Bagira nearly towers over Lindsey! Great Danes can reach up to 7 feet tall when standing on their hind legs. That’s a whole lot of jealousy!

Bagira continued to whine and stare at Lindsey as if she couldn’t believe what she was seeing. The gentle, jealous giant leaned into her mom and growled. She was determined to stop the snuggling going on between her mom and the puppy. The tiny pup just looked around and seemed to take it all in.

Lindsey tried to reason with Bagira.

“I can pet him too! It’s not all about you! You’re so dramatic,” said Lindsey.

Persistence, Paws, And Pleas For Attention

Bagira desperately continued trying to convince her mom to give her all the snuggles. Meanwhile, Lindsey’s other dog peacefully walked around in the background seemingly unbothered by the new puppy. Bagira’s dramatics were posted to YouTube where it garnered nearly 1.2 million views! Fellow Great Dane moms and dads sympathized with Lindsey.

“This is so typical of the Great Danes I know and I grew up with them. They’re such big babies but pretty harmless in their families. Ours behaved the same way,” said one commenter. Bagira isn’t the only Great Dane to be a little stubborn. Great Danes are known to have a mind of their own. They’re adventurous, strong-willed, and full of love.

Jake Gyllenhaal recently came to the rescue of a Great Dane who broke free from his mom and ran into traffic in New York City. It’s not clear where the wild giant was trying to head to but he was on a mission. Thankfully Gyllenhaal, much like Lindsey Heinz, had patience and understanding with the Great Dane.

You can watch the entire hilarious video here. 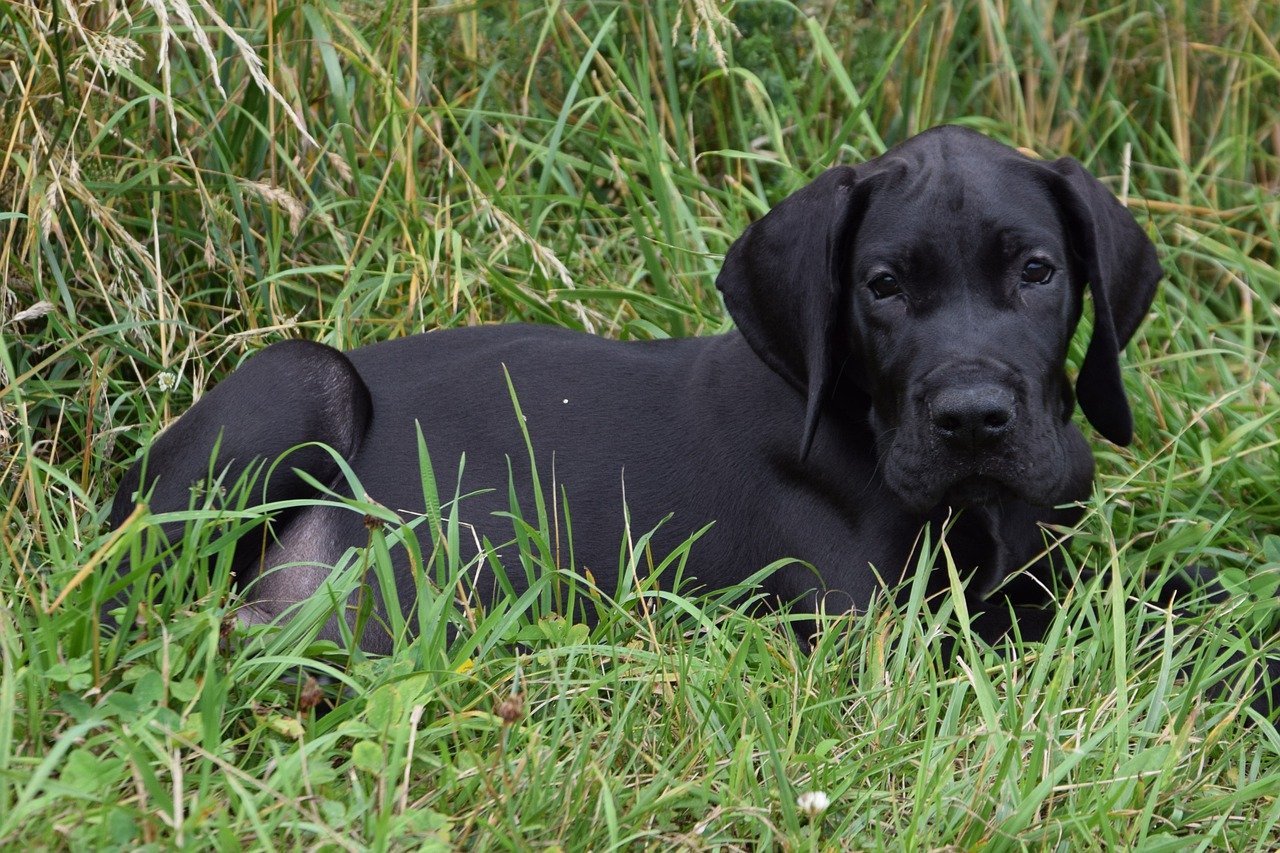 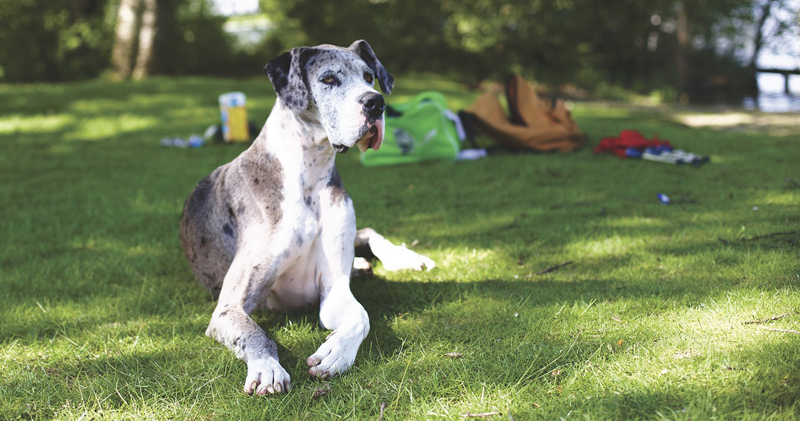 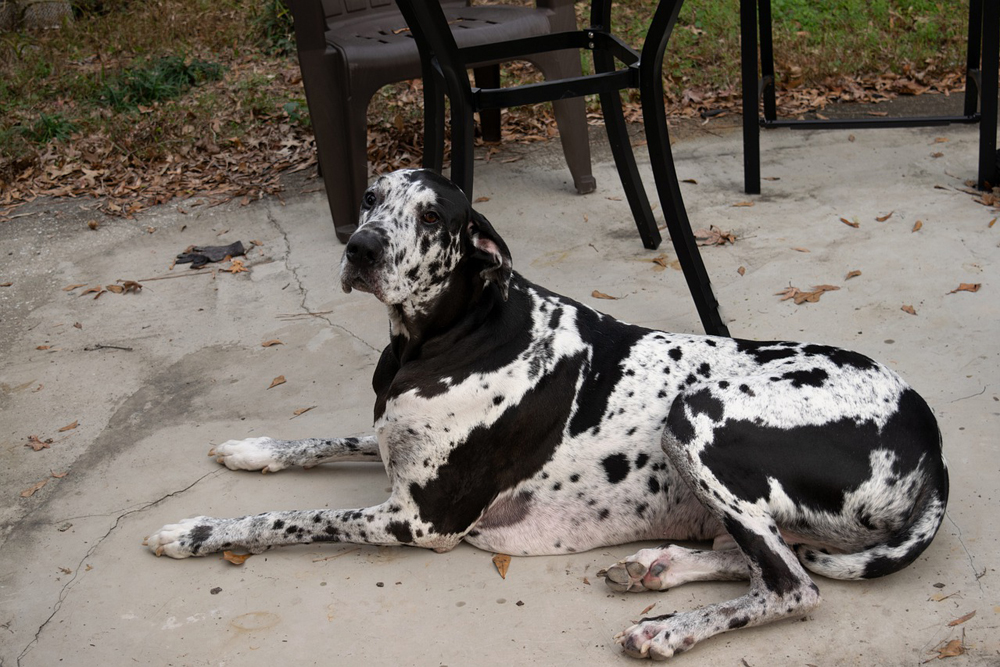