Puppy Rescue Mission assists in animal rescue, particularly for animals bonded with soldiers, especially those deployed in war zones. Thanks to a grant from iHeartDogs.com and GreaterGood.org, Puppy Rescue Mission continues to reunite veterans and their canine companions. Your support makes this possible!

Many military veterans return home from overseas deployment with emotional and physical injuries. Having a loyal, loving, and intelligent canine companion by their side helps tremendously. Especially in certain cases, when that dog stood by them during their deployment.

GreaterGood.org partners with Puppy Rescue Mission to assist military men and women in bringing home companion animals they’ve bonded with while deployed on foreign soil. Getting these dogs back to the states is actually a pretty tough process. That’s why organizations like Puppy Rescue Mission mean so much to those who serve and the dogs they fell in love with. They handle all the logistics so dog and person can be happily reunited.

Bandit and Bash are just two dogs who came over from abroad with their soldiers that have iHD customers to thank. Their stories of how they found the people who would later become their family remind us how important the work is.

Bandit Stumbled Onto An Airfield In Poland

A stray German Shepherd puppy may have had a rough go of it, but she lucked out when she happened upon a U.S. airfield in Poland. A former U.S. soldier stationed there explained:

“Our first month into our deployment to Poland, we came across a stray German Shepherd puppy roaming the forest near our airfield. She was incredibly dirty and malnourished, and her fur matted and clumped; but she was still incredibly friendly, happy, and sociable. She followed us back to the airfield we worked on, and we filled a hard hat full of water for her to drink from and gave her a plate of leftover food from our chow hall.”

The unit named her “Bandit,” after their call sign. Eventually, she became recognized by their squadron commander as the unit’s official mascot. 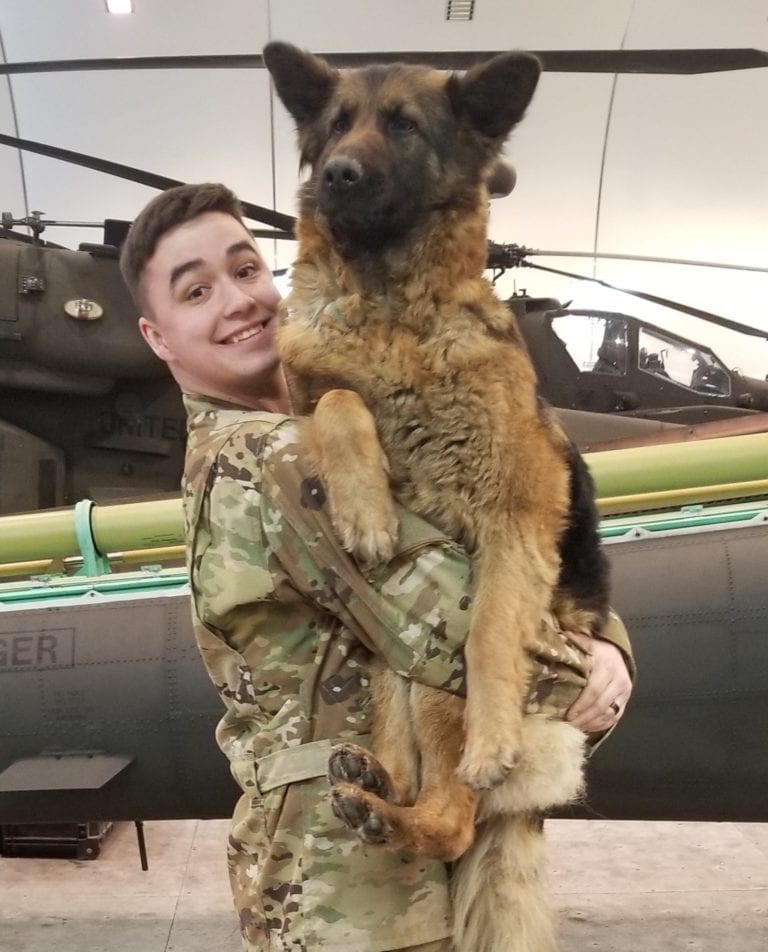 “We were sure someone higher ranking was going to tell us to get rid of her, but it never happened, and she has stayed in our hangar with us for 7 months now!”

Since Bandit first wandered into their lives, she gained almost 25 pounds and got treated for heartworm, fleas, and ticks. She received all of her vaccinations and had the mats brushed from her fur. Bandit’s accidental discovery saved her life, and she paid it forward to those soldiers.

“She’s incredibly happy and loyal and boosts our morale every day we are here on deployment. [Bandit] has become part of our unit and is like family to us, and we can’t stand the thought of leaving her behind when we leave, so we are trying to find a way to bring her home with us.”

Thanks to the Pets & Vets program and Puppy Rescue Mission, they did find a way. Bandit now permanently lives with her soldier in Illinois.

Concertina Wire is used to keep intruders out of military camps. However, it can consequently end up injuring animals that aren’t aware of that. That’s what happened to a dog named Bash in Iraq. Her soldier shared:

“Bash found us as it was starting to get hot. She had wandered through the c-wire surrounding the perimeter of camp. She was gashed up with multiple lacerations from the c-wire. The worst gash being about 4-5 inches long down the middle of her chest and very deep.”

Since Bash’s chest laceration was out of licking reach, they worried she might suffer a severe infection. No one was sure she’d make it through the next few weeks. Still, the personnel treated and loved her. She loved them for it too.

“Through all this pain she was in whenever we came around her, she would get up and try to get us to pet her. She was incredibly trusting from the beginning allowing us to clean out her cuts and give her belly rubs.” After a few weeks of rest and recovery, Bash began to wander around the camp. It was like she figured out she lived there now.

“Force pro didn’t like her being on camp and kept trying to run her off. She kept coming back at night. A new force pro crew came in, and they did not care if she was around the camp just as long as she was not hurting anything. She is just a fun, lovable dog looking to play and be loved. I hope to make her an addition to my family.”

Bash and this airman have since reunited, and they live together in Florida. Thanks for supporting us so we can make dreams like Bash and Bandit’s come true! 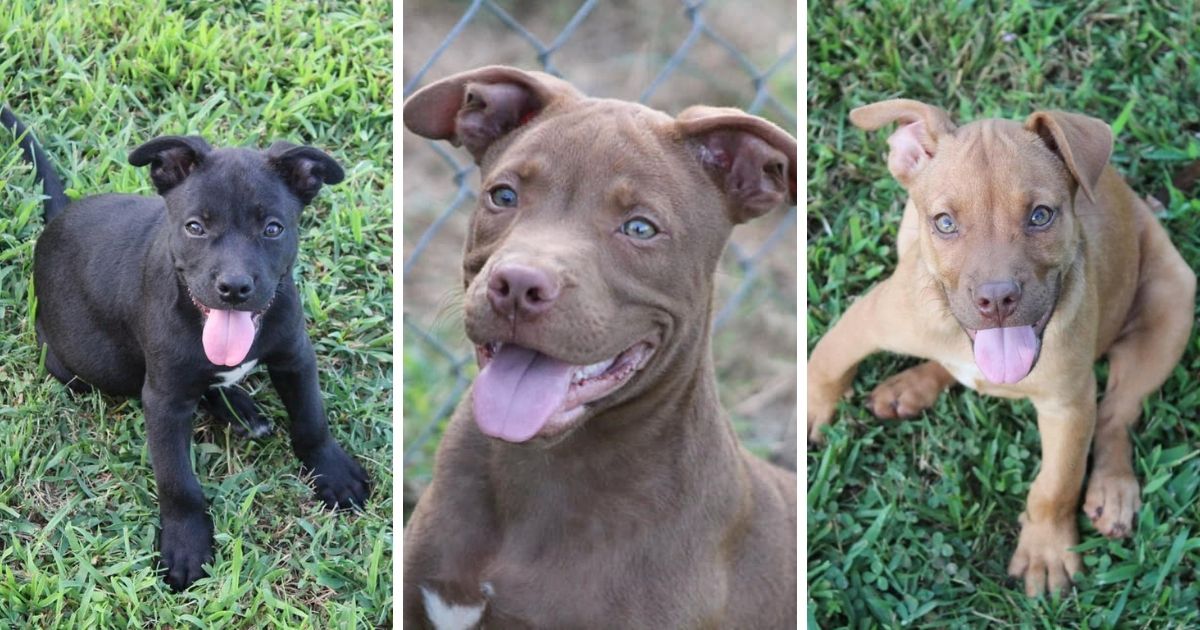 These 3 Starving Puppies Were Rescued Thanks To Your Donations