Toxic algae warnings should never be taken lightly. They can be life-threatening to both humans and animals. That’s why nationwide alerts were announced in 2019, and more warnings followed in the summer of 2020. At least four dogs have died due to toxic algae in Washington this year, but the risks could be in any state.

In some similar cases, dogs weren’t even swimming when they got infected. Plus, most families don’t realize there’s anything unsafe about the water until it’s too late. So, if you have a dog who loves to play in the water, please use these recent events as cautionary tales. 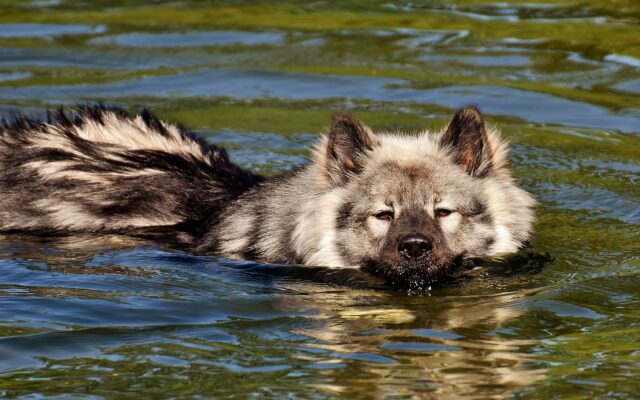 Erin Dickey from Richland, Washington, was one of the first people in the area to report contaminated water. Shortly after, warning signs were posted on that specific lake. While those warnings might save more dogs, they won’t bring back her family’s beloved dog named Charlie.

Dickey, her kids, her brother, and her parents all went out on a boat at Richland’s Leslie Groves Park. Her parents, Janet and Tony Ogden, also brought along Charlie, who was a 1-year-old rescue dog. The terrier mix went boating with her humans often and loved to play. Dickey’s brother’s dog was also there but didn’t go near the water.

Charlie ran in and out of the water several times, took a few sips, and even stuck her face in the water. Dickey admitted that the water looked a little dirty, but she didn’t think anything of it at the time. 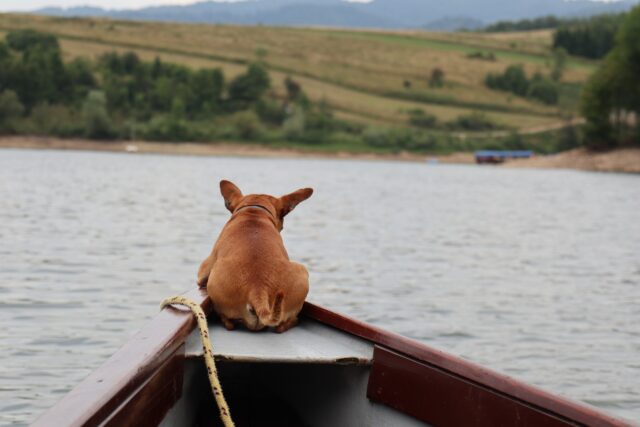 “Within minutes she started convulsing,” Dickey said. “It was wild.”

The family contacted an emergency vet, but it was too late. The first question the vet asked was if blue algae was in the lake. Blue algae is sometimes deadly for dogs who love to swim, and it’s described as looking blue-green or like pea soup.

By that definition, blue algae seems like it would be easy to see, but it’s not always as obvious as it sounds. Plus, not all dog parents know to keep an eye out for it. Unfortunately, toxic algae blooms are also hard to predict and detect. They can vary from one day to the next, and the only way to determine if algae is toxic or not is through testing.

Dickey hadn’t thought to examine the water because she had never heard of toxic algae forming in the Columbia River. But just because it doesn’t usually happen doesn’t mean it never will. At least four dogs died this summer in the Spokane area from causes related to algae.

Toxic algae is most common in warm water that’s slow-moving or stagnant. Thus, it usually appears in lakes, but it can be in any body of water. It could even be present in puddles in some cases. 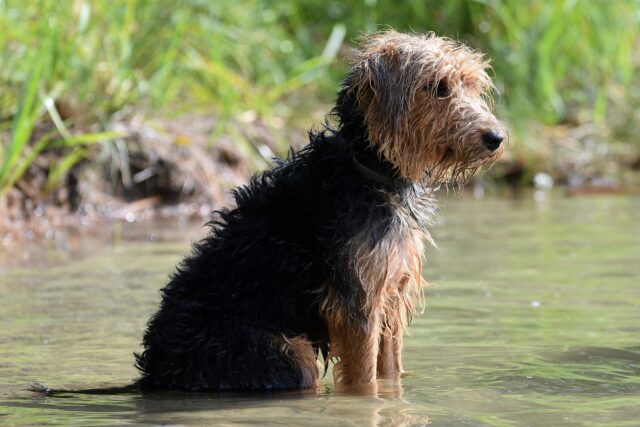 How Can You Protect Your Dog From Toxic Algae?

People, pets, and wildlife are all at high risk if they ingest infected water. Even licking damp fur or grabbing a wet ball can cause a dog to become infected. Some symptoms in dogs include vomiting, diarrhea, seizures, tremors, and a loss of coordination.

Here are some tips for keeping your dog safe:

Swimming is a fun pastime for many dogs, but safety always comes first. Be cautious when choosing where to let your dog swim, and contact your vet immediately if your pup shows any symptoms after swimming. Toxic blue algae hadn’t appeared near the Columbia River before these incidents, so it can occur even where you least expect it. 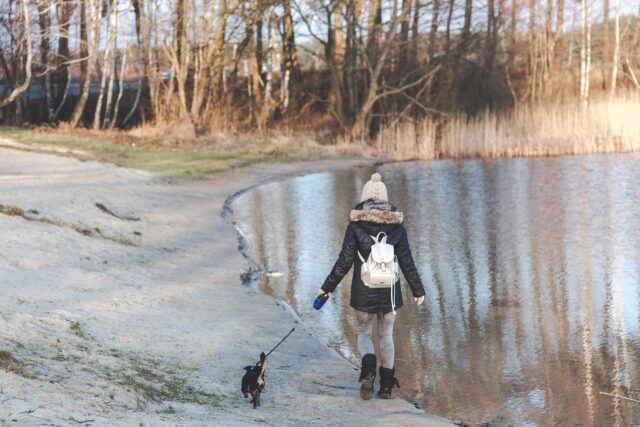 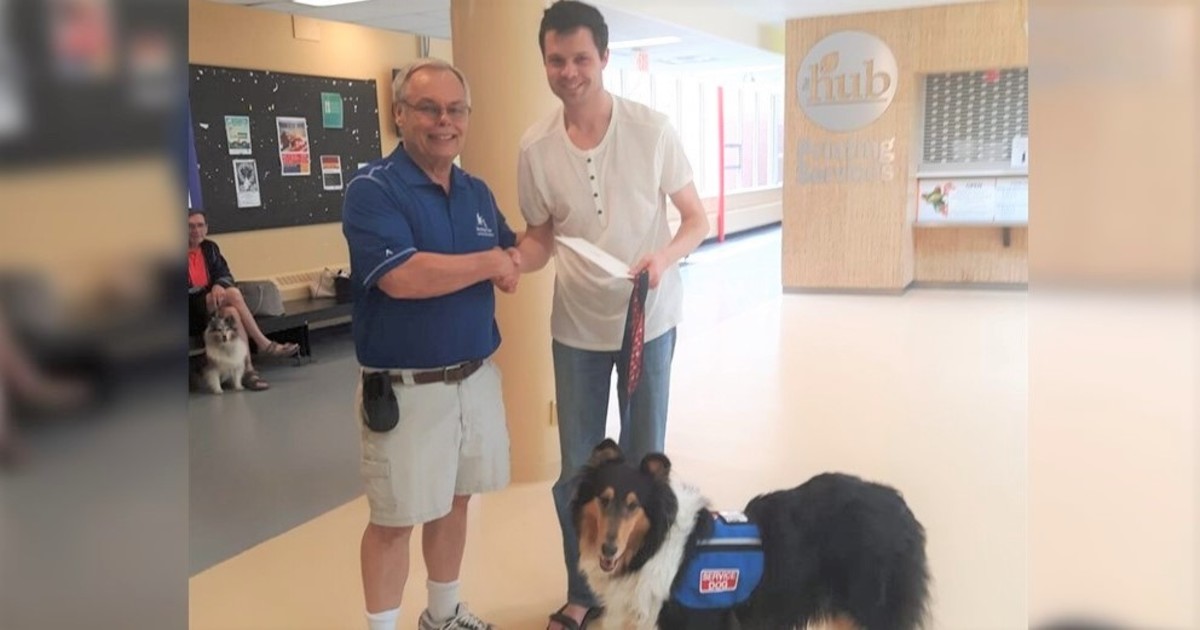 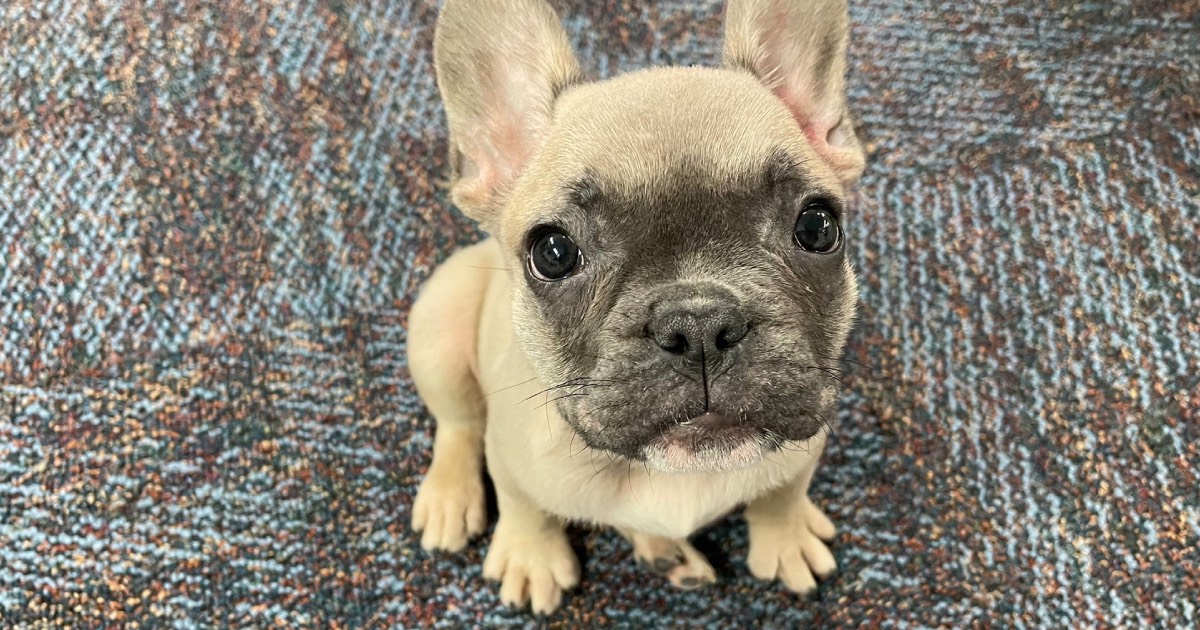