All those barks, howls, whimpers, and whines are like a language you can’t quite grasp. You and your dog may be the best of friends, but until you brush up on your interpreting skills, communicating with your canine will be tricky. You won’t find help in a dictionary or with Google Translate, but there are other ways of figuring out what your dog is saying when he whines. You’ll need to consider context, body language, and your dog’s unique personality. Here are a few of the most common messages a whining dog is trying to send. 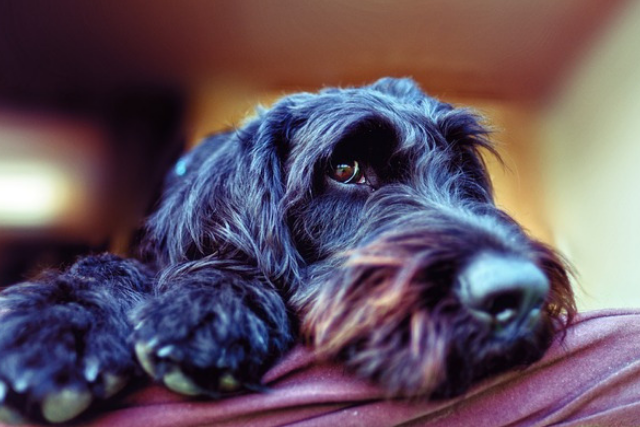 It’ll take more than a tennis ball and a plush blanket to soothe some stressed-out pups. Dogs respond to fear and stress much like humans do. Sometimes they get grumpy and lash out at loved ones, and sometimes they hide themselves from the world. They can’t tell you exactly what’s wrong, but whining is their go-to means of communication.

There’s an infinite number of situations and objects that could potentially scare your pup or cause them stress. Being in a new environment, meeting unfamiliar people, loud noises—it’s different for every dog. Think about what’s going on around your whining dog to pinpoint exactly what’s making them emotional. Once you figure it out, you can do your best to remove your dog from that situation or help him overcome his fear.

2. He Wants/Needs Something From You

If your dog could turn his whines into words, it might sound something like, “Moommm! Daadddd! I need you!” He relies on you for life itself, and the job of a pup parent is never done. He can’t come out and ask you directly for what he needs, but most dogs find whining gets their point across well enough.

When your whining dog is sitting and staring at you, nudging your hand, or looking longingly in a certain direction, it shouldn’t be hard to figure out what he wants. If you’re stumped, start with the basics. It could be that his water bowl is empty, or that it’s one minute past mealtime and he thinks he’ll starve to death. Maybe he needs your long arms and opposable thumbs to get a toy out from under the couch. Think about your dog’s most common wants and needs, and it shouldn’t be hard to figure out. 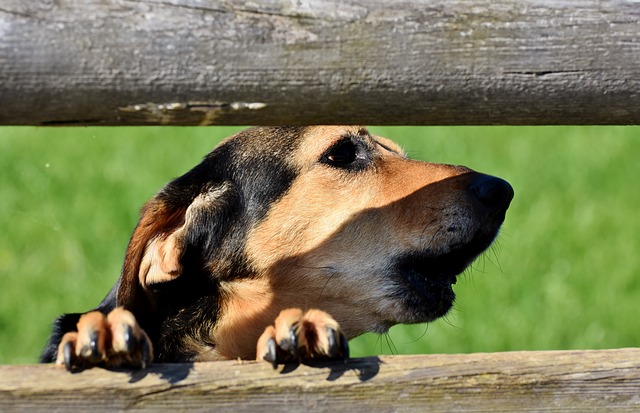 Whining will be the least of your worries if your dog’s pent up energy is directed toward your couch cushions or shoe closet. Dogs need regular stimulation to keep their minds happy and their lives fulfilled. If nothing is happening around your whining dog, and their incessant noises seem directed straight at you, boredom is probably to blame.

Boredom whining can be irritating when you’re working on something non-dog related, but it’s a sign your pup needs more daily stimulation. You don’t want to teach him that whining gets your attention, but he also needs appropriate exercise and mental enrichment. Ignore your whining dog so you don’t reward attention seeking, but you should also plan to provide more daily engagement for your pup. When he’s happy with the amount of exercise and attention he receives, the whining should stop.

Whining is often associated with negative emotions, but that isn’t always true for your pup. Sometimes whining means your dog is super excited. While he’s trying to control his impulses, he can’t help but vocalize his feelings.

A lot of dogs whine when their favorite humans come home from work. Your dog might even whine when you FINALLY walk back in the door after five minutes at the mailbox. Meeting new doggy friends, waiting not-so-patiently for a favorite treat, or getting ready to go for a walk are all exciting scenarios worth whining about. In this case, your whining dog is nothing to worry about. If the sound is irritating, you can train him to keep quiet with positive reinforcement. 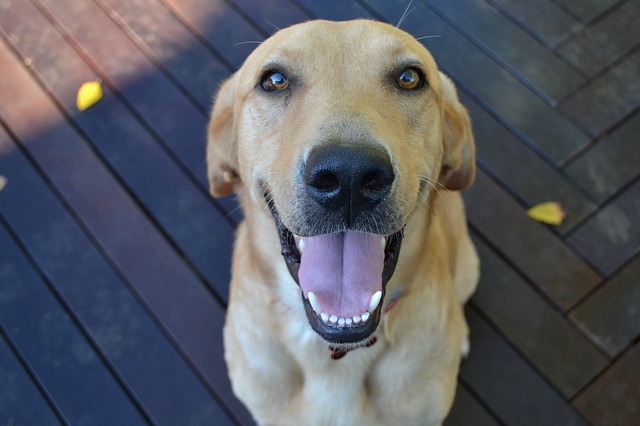 Canine cognitive dysfunction can be as debilitating to dogs as Alzheimer’s is for humans. It affects their memory and motor function, and symptoms are sometimes misinterpreted as behavioral problems. Senior dogs of all breeds are at risk, and a study done at the University of California Davis found up to 68% of dogs 15-16 years old show at least some signs of cognitive dysfunction.

Your dog won’t know exactly what’s going on with his health, but the feeling of confusion will still be concerning. He might feel lost on the same street he walks every day or forget how much he likes sharing toys with a younger canine companion. Whining is his way of expressing his confusion. It can be hard to tell if your dog is whining due to cognitive dysfunction. Consider his age and recent behavioral changes before talking with your vet.

Injury or illness could be the reason your dog whines. Humans groan and grumble when they’re in pain, and dogs do the same thing. If you hear your dog let out a pitiful whine when he stands up, walks upstairs, or tries to lay down, it could be his joints causing issues. There could also be an injury you haven’t yet noticed.

If your dog is whining for no apparent reason or at random times of the day or night, it’s important to consider the possibility that he’s sick. Serious diseases, including cancer, can cause your dog pain without showing any other symptoms. When none of the other explanations seem to fit the situation, it may be time to visit the vet.

It might take a few tries to figure out exactly what your whining dog is trying to say, but the better you communicate, the better your friendship will be. Look at his body language, consider the context, and think about what your dog most often needs to decode his important message.