A year ago, Titan was a big dog with even bigger behavioral problems. His owner didn’t want him, and his size combined with his lack of training left him with few options for his future. A good Samaritan was desperately trying to find the 90-pound Great Pyrenees/shepherd mix a good home, but the task was far from easy. She tried local rescues, posted to social media, and sent emails to everyone she could think of. The responsibility of taking in a large, untrained dog seemed to be too much, but then Titan caught a lucky break. His picture attracted the right kind of attention, and someone finally agreed to take him on. Thanks to Adopt Me! Bluegrass Pet Rescue, Titan was headed to prison. It ended up being the best thing that ever happened to him.

Partnering with Luther Luckett Correctional Complex near Louisville, KY, Adopt Me! Bluegrass Pet Rescue often takes in rescue dogs in need of training. Their Paws Behind Bars training program pairs untrained rescue dogs with inmates for a mutually beneficial partnership. For several weeks, the dogs and their assigned handlers spend every minute of every day together. They work on basic commands like “come” and “stay,” and many dogs move on to more advanced training needed for service animals and therapy dogs. The dogs learn the skills needed to succeed in a home, and the inmates find a sense of purpose, learn new skills, and foster bonds with their four-legged cellmates.

The right exposure, good timing, and luck all played a part in getting Titan a spot in the program. He went to prison knowing only the most basic commands. He couldn’t walk on leash without pulling his handlers off their feet, and his size and energy made him a proverbial bull in a china shop everywhere he went. He had a long way to go, but the team at Adopt Me! Bluegrass Pet Rescue and his inmate handler were determined to help Titan reach his full potential.

For weeks, Titan worked with Douglas Hall, an inmate sentenced to 25 years in prison. Hall had worked with over 60 rescue dogs by the time he was introduced to Titan. He was experienced with training dogs, and he put all his efforts into turning Titan into the perfect companion. Every day, the pair worked on a new skill. Hall taught Titan how to sit and stay and  how to not walk through thresholds without his handler. Titan also learned how to appreciate his food without guarding, how to greet people without jumping, how to ignore distractions, and how to heel nicely on a leash. With each new skill, Titan’s confidence grew. He became an emotional support animal for Hall and the other inmates, and his sweet personality was impossible not to love.

Titan graduated the Paws Behind Bars training program with flying colors. His transformation from out-of-control giant to well-behaved companion was remarkable, but he wasn’t finished. The next step was to get adopted. Titan went to adoption events, but finding a home turned out to be harder than learning to heel. Everyone marveled at his size and cute face, but he was repeatedly passed over for smaller, younger dogs. He ended up back in prison, but then another stroke of luck changed his life.

Megan-Kate Hoover is a dog trainer who finds rescue dogs for work in movies and commercials. She fosters her future stars, spends a few weeks training them, helps them make their big-screen debut, and then sends them off to forever families. Her work has helped countless dogs, cats, horses, and even rats find good homes. When she needed a large-breed dog for a promotional gig, she knew Titan was the perfect match.

Hoover took Titan home to her farm and started training him for his new role. She told NBC News,

“Luckily he was one of the smartest dogs I’ve ever worked with. Insanely intelligent. Once he learned what I wanted, and once I learned how he needed to be communicated with, it was so easy.”

Titan’s job was to play the role of a naughty dog. He learned how to pretend to steal baby toys and blankets and how to rest his head on a highchair. He needed to be gentle around babies and perform well in front of the camera. Titan’s big day came after five weeks of specialized training. He acted with true professionalism, and no one would have believed his bad behavior had once prevented him from finding a home.

With the commercial behind him, Titan was once again faced with the challenge of finding a permanent home. He had come so far, but there was still that missing piece of the puzzle. That piece came, however, when Hoover decided to sell her farm. The dog trainer was ready to move on from her large plot of land, and one day, she met with a potential buyer. Titan happened to be around while she was giving the tour, and her buyer instantly fell in love.

After weeks and weeks of training and hoping, Titan finally found what he was looking for. He joined a family with three other large rescue dogs, and together, they run, play, swim, and do everything else dogs are meant to do. A lot had to come together for Titan to find his happy ending, but now that he’s got it, he’s enjoying every second. 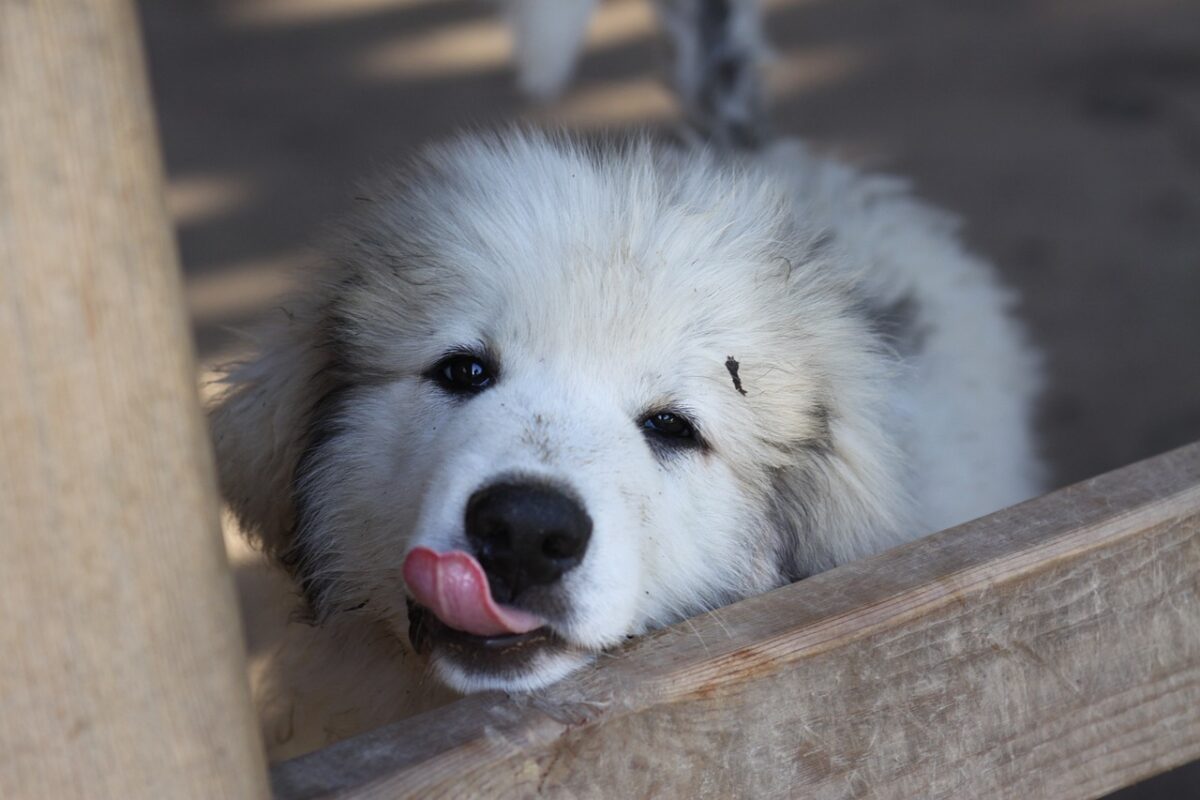 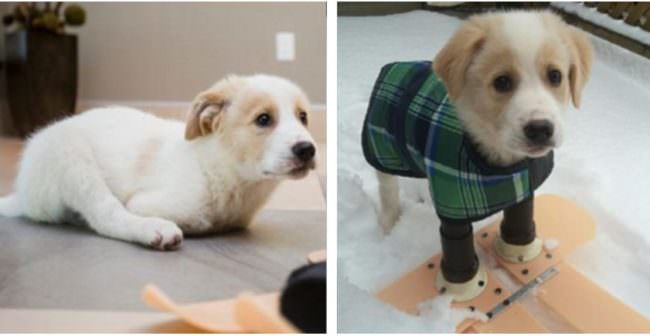 UPDATE: Two-Legged Rescue Puppy Will Walk Right Into Your Heart On His New Prosthetic Legs