Molly has been missing for over a year and a half now. And unfortunately, Dr. Parker passed away without ever being reunited with his best friend. According to his daughter, Melissa Parker, he never stopped believing Molly would come home, and even continued to call out for Molly until the very end.

“At my parents for one night. Noticed the garage door not fully shut. “Your dad leaves it open for Molly to come home at night”. He also leaves the front porch light on and a bowl of their favorite shared snack, animal crackers.

Molly where are you? How were you lost?”

“My precious father passed away on Friday. His heart just couldn’t support him any longer. He was the most amazing man I have ever known. He cared for thousands of patients over the years as a physician. He brought an endless level of adventure and fullness of life to those around him. There truly isn’t anyone like him. Up until the end, he called for Molly while in the hospital. It was a year ago last week that she was reported missing to us.

Dr. Parker may not have found his beloved dog, but he was deeply touched by the kindness shown to him by his community as they came together to help him find Molly. In a video posted only a few months before he passed, Melissa asks him, “Since I’ve been here you’ve learned about a lot of the volunteers that are working to help find Molly. What do you think about that?”

“I was not aware that people were this kind and were so generous to give themselves for this kind of purpose. It gives me a renewed faith in humanity. And as a retired physician, I had a great deal of faith in humanity, but this even gives me more. It gives me thoughts that I think we will find Molly, and I appreciate ever so much all the efforts that everyone is doing. Thank you from the bottom of my heart. Thank you thank you thank you.”

Melissa and her family worked tirelessly, following every tip and lead in an effort to find out where Molly had gone and try to reunite her with Dr. Parker. Even though her father is gone from this world, Melissa continues to run the Find Molly Facebook Group, not just for her father’s Molly, but for “all Mollys out there”, she says.
This story may not have the happy ending we hoped for, but it’s apparent that he felt the kindness of the people around him and the deepest love from his family in his last days.

While staying with a Rover sitter, Molly got lost (the precise circumstances are unclear.) Her entire family is heartbroken, but none more than the dog’s closest friend and the family’s 82-year-old patriarch. He had just been hospitalized when Molly got loose, according to a post in a Facebook group for missing animals in Comal County, Texas.

“Molly is the lifelong soul companion of an 82 yo gentleman who was hospitalized at the time of her disappearance. This gentleman has devoted his LIFE to saving lives of humans and animals. He was a Doctor in a Texas country town for many years until his retirement, where upon he and his wife and #Molly moved to New Braunfels, believing they would see their twilight years in blissful happiness. Unfortunately Dr. Parker has recently suffered life threatening medical complications.”

It’s been over 20 days and Molly is still out there, waiting to be found. Tragically, that’s not for lack of trying.

The elderly man’s daughter Melissa Parker has been working with a tracker who believes Molly is still alive and within 2 miles of the sitter’s home. The family left shirts with their father’s scent on them outside for her to find. They also set up her dog bed under a covered porch nearby the sitter’s house. Flyers have been posted everywhere as well as on social media sites like Nextdoor.

There’s even a very active “Find Molly” Facebook group in which members post tips, updates, and offers to go out and search for her. People in this community have really been going above and beyond. It’s become a town-wide search.

The poor family just wants to see their girl safe and their father happy. He really misses his best friend, and surely she does too.

“The first thing my dad asked this morning was ‘where is Molly?’ He has short term memory loss from seizures. It’s heartbreaking every time my mom has to tell him she has been lost. He was asking a lot of questions but now he becomes quiet and puts his head down.”

The search for Molly is still ongoing, so if you are nearby and able to help out follow the Facebook group for updates! The family can also use help calling nearby shelters and any businesses that would have picked her up if she was hit by a car.

Be aware that Molly was wearing her collar when lost. She’s probably frightened and should be approached cautiously. Let’s bring Molly home together! 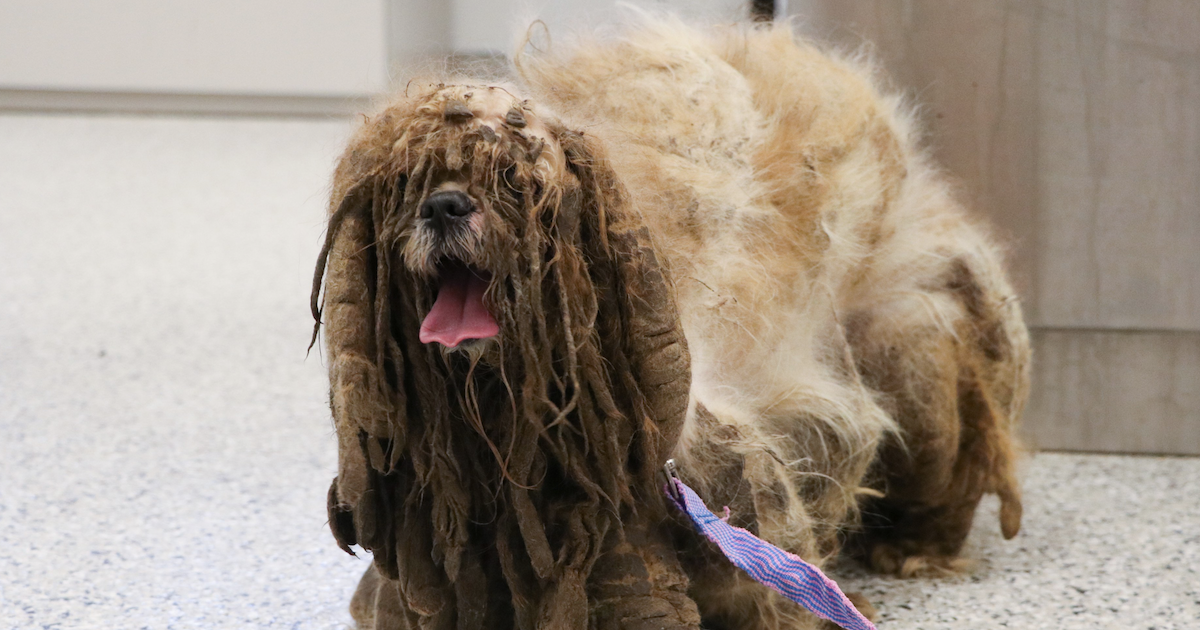 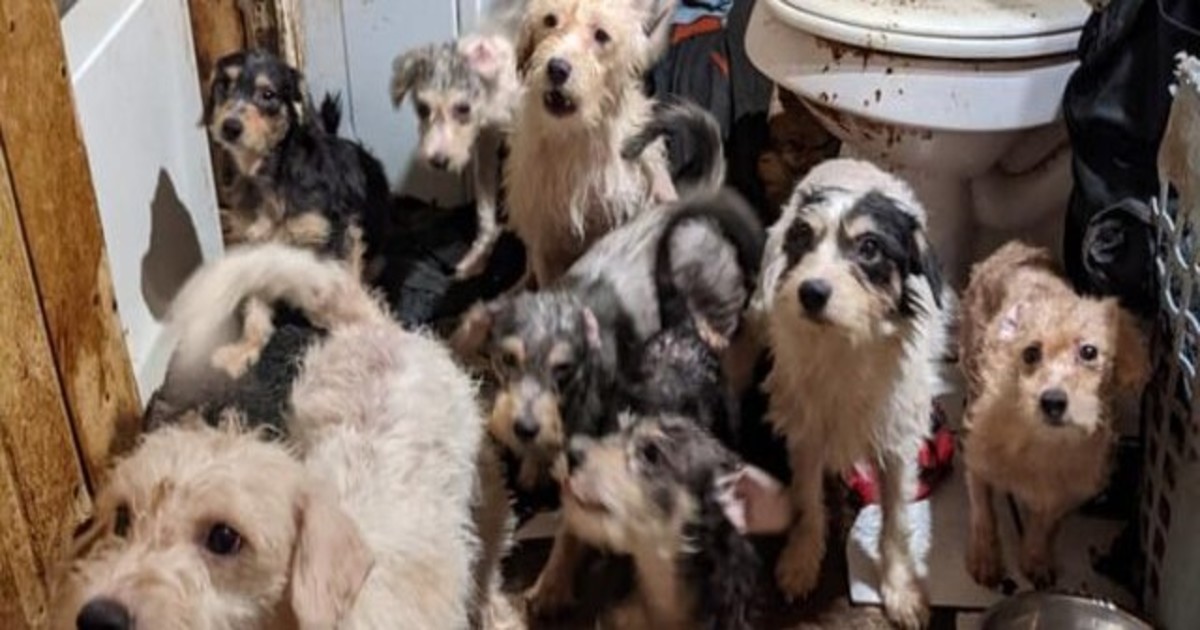 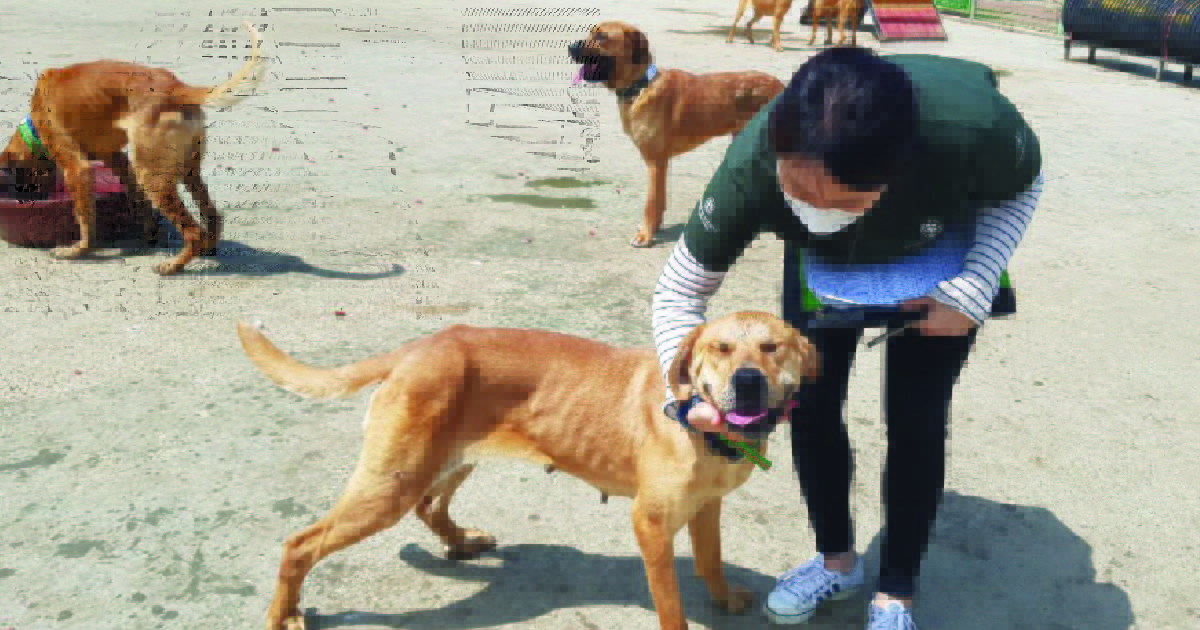