Just a puppy of four months old, Chowder was left to fend for himself in the world.

With puncture wounds dotting his face, one can imagine his short life had already known cruelty. As a baby, he should have been snuggled sweetly in a cozy bed in his forever home, but sadly this wasn’t the life he knew. But little did Chowder know, one rainy day while he curled up in a pile of trash snug beneath an old mattress, his loneliness was about to end.

Stray Rescue of St. Louis rescuer, Donna Lochmann, told the story of Chowder’s discovery, “[There’s a] super nice couple who lives in the area, and the husband had apparently gone out to the alley to throw some trash away.” 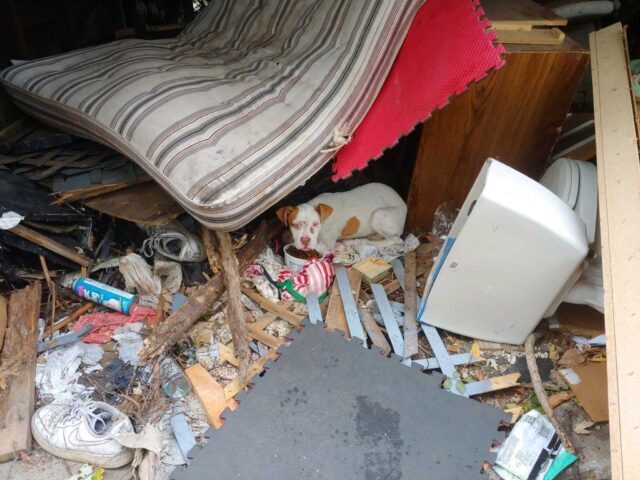 “When the husband went out, he noticed that this white dog had found shelter underneath this corner of a mattress … and he gave him a little bit of food and water.”

He called Stray Rescue of St. Louis and soon Donna and a rescue buddy were on their way!

Chowder was so happy to see them. “When we got out [of the car] he ran right up to me.” 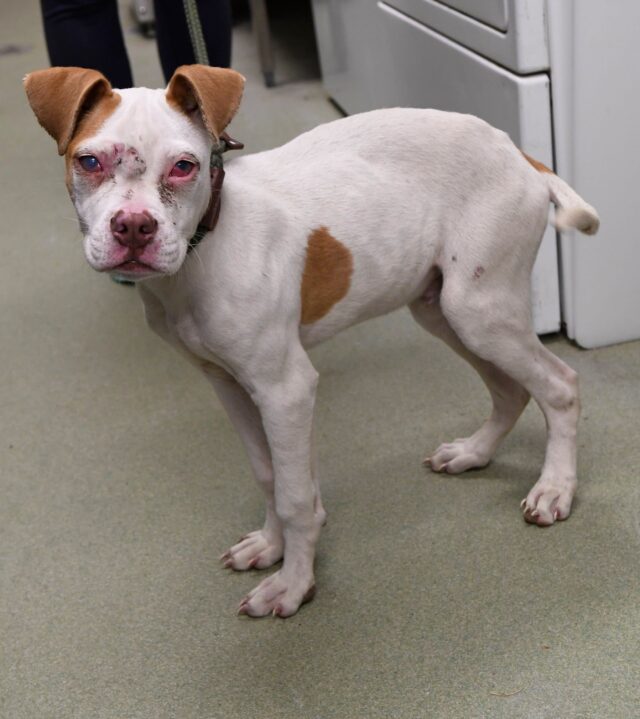 “He was just the friendliest little guy. He wasn’t afraid of us or anything like that. I think he was just really happy that someone was being nice to him.”

After covering Donna in kisses, Chowder gladly hopped in the car and into the lap of Donna’s fellow rescue buddy. “He had his head on her shoulder and just buried his face in her arm. He was just so thankful to be warm and to have people be nice to him.” 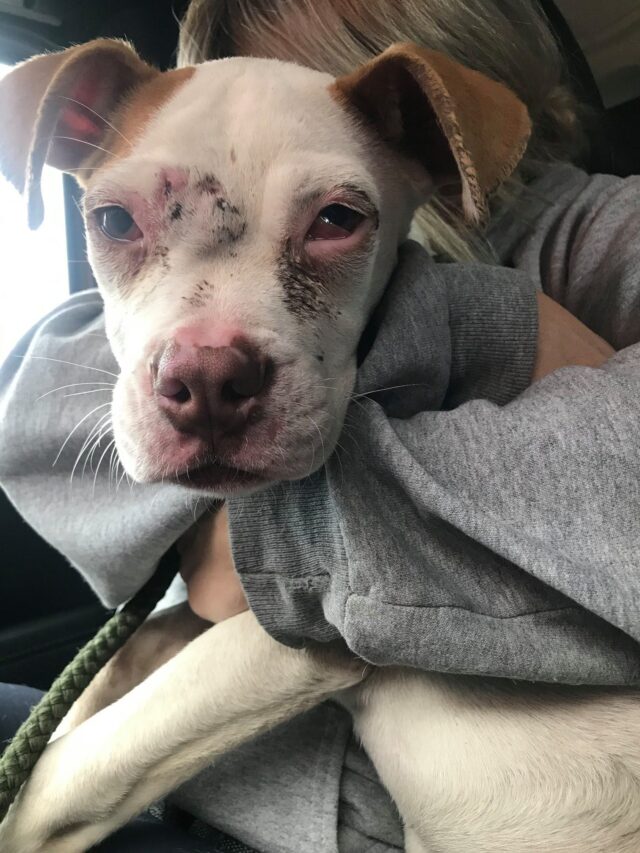 On Facebook, Stray Rescue shared, “The thought of anyone treating him bad makes us so weepy.”

Stray Rescue and Chowder are both “so grateful to the callers for taking action.” Getting Ready for Forever

Comfy in foster care while healing from his wounds and an eye infection, Chowder is finally getting to be a silly puppy as he’s no longer alone and fighting for his survival every day. Apparently, the sweet dog loves impressing everyone with “his puppy hops and twirls.”

As he’s mending from his rough beginnings, “he is getting LOTS of love and kisses” and giving lots in return while he’s getting ready for his forever home. “Despite what he’s been through, he is so happy. He is safe now.” 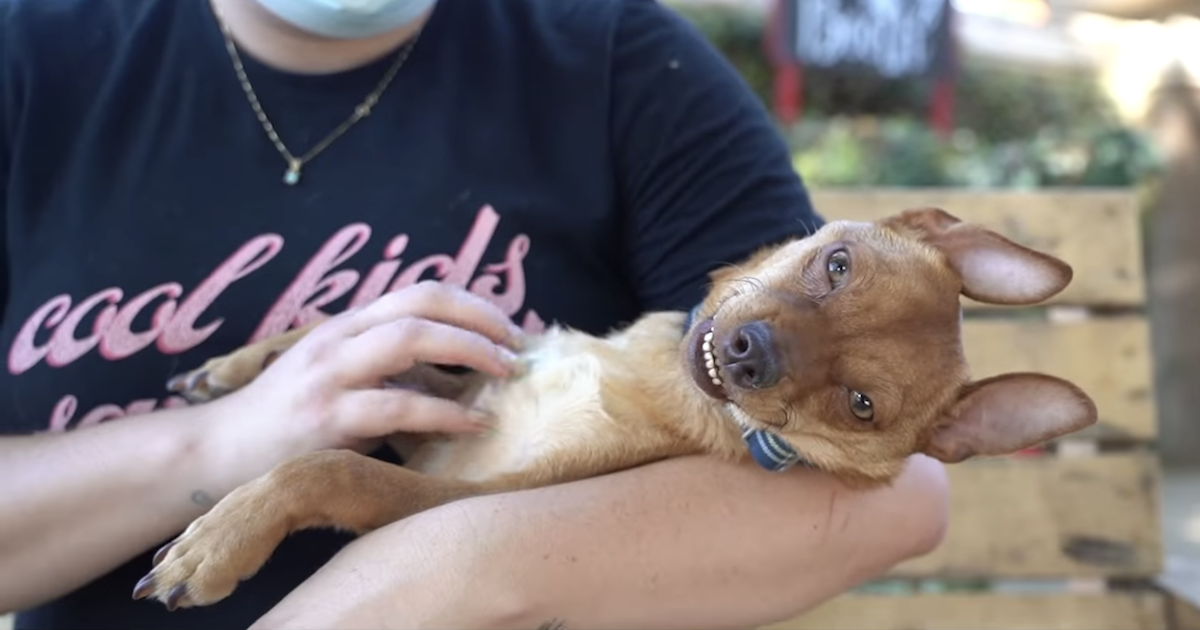 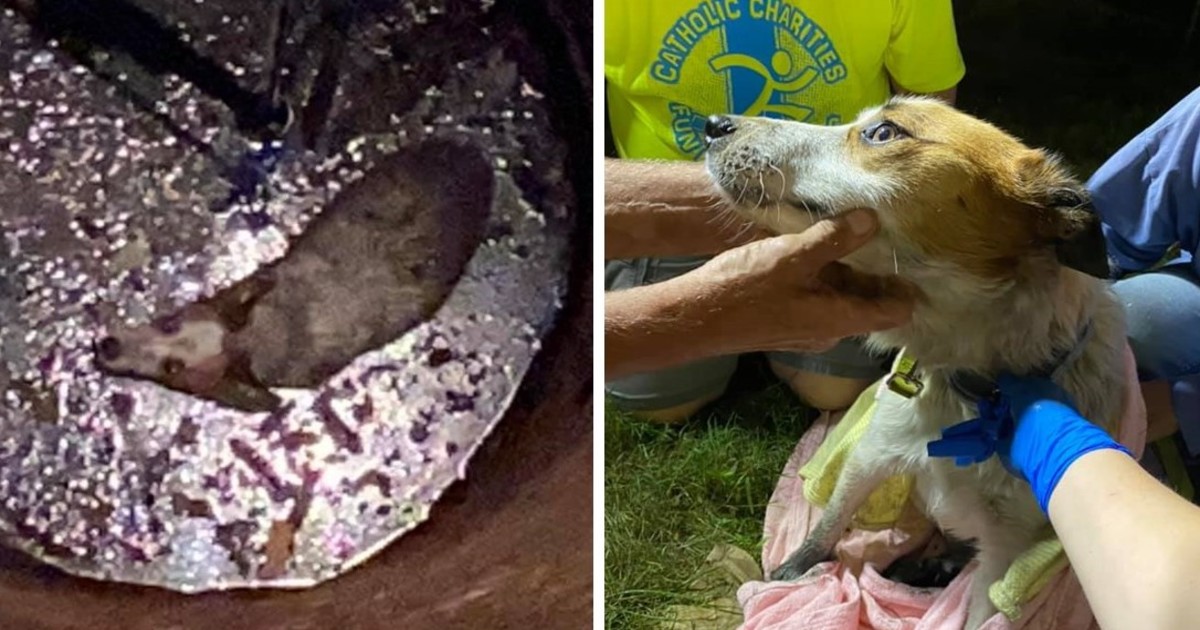