Meet The Judge Who Gives “Creative” Sentences To Animal Abusers

Judge Michael Cicconetti is no ordinary judge. When he dishes out sentences, they usually come with a creative twist that he hopes will teach offenders a valuable lesson.

We’re particularly fond of the judge’s treatment of animal abusers and neglecters. From spending the day at a dump to a night alone in the wilderness, Judge Mike’s punishments make people think twice about breaking the law. In a phone interview the Municipal Court Judge from Painesville, Ohio told iHeartDogs that his first dog made him the animal lover he is today. His family’s Dachshund mix Herman was a loving childhood companion, who he said was the best pet a kid could ever ask for.

Fast-forward to present day, and the judge is a proud dog-dad to a 10-year-old Bernese Mountain dog named Kasey. He explained that the pup was given to him by a friend who was dying of cancer, a gift to the Cicconetti family as a way of remembering him.

With his compassion for animals, Judge Mike tries to give abusers a taste of their own medicine, but he still has to stay within the parameters of the law. That is, he cannot give out “cruel and unusual” punishments or put anyone in danger, plus he considers each offender’s mental stability. But, he says, that doesn’t mean that they can’t deal with a little discomfort and embarrassment.

For instance, one neglectful woman who subjected her dog to living in filth was sentenced to spend a day at the dump. Judge Mike said at the hearing:

I want you to go down to the county dump, to the landfill, and I want them to find the stinkiest, smelliest, God-awful odor place they can find in that dump and I want you to sit there for eight hours tomorrow, to think about what you did to that dog while you smell the odor. If you puke, you puke.

Another, who abandoned 35 kittens in the woods, had to spend a night alone in the snowy wilderness, herself (along with jail time and a fine). He told her:

Goddard’s Law, which went into effect in Ohio last September, makes the crime of abuse to a companion animal a felony, which Judge Mike strongly supports. While it’s a huge step in the right direction, he hopes that laws regarding animal abuse continue to improve.

For one, there needs to be more education available to offenders. He told iHeartDogs that child neglecters and drunk drivers must take mandatory courses as part of their sentences – why not those who harm animals? He pointed out that while some mistreatment of animals is malicious, some is just pure ignorance, especially in cases of neglect. Yes, leaving a dog tethered outside in the summer heat is incredibly stupid, but was it done with ill intent, or utter carelessness? With that said, Judge Mike hopes that mental evaluations will become mandatory to all those responsible for animal-related crimes. He thinks that there could even be a registry for animal abusers, like there is for sex offenders. This way, neighbors with pets can be extra cautious if an abuser lives nearby, plus shelters can verify potential adopters.

Although the judge never made a conscious decision to start doling out his now-famous sentences, he said that he started concocting them after seeing repeat offenders early on in his career. Since they weren’t learning their lessons from fines or jail time, he decided to take a different approach. However, the judge doesn’t premeditate his sentences; he said that after he hears all the details of the case, he comes up with them spontaneously.

In addition to making criminals think hard about their actions, Judge Mike said that his headline-making sentences raise awareness about crimes and consequences. He hopes that people will realize that abuse and neglect is a crime, and those that witness it happening should call the police.

Then, of course, there’s the matter of being marched into the court room; maybe criminals will think twice if they know that they’ll have to face Judge Mike with his unpredictably clever sentences. 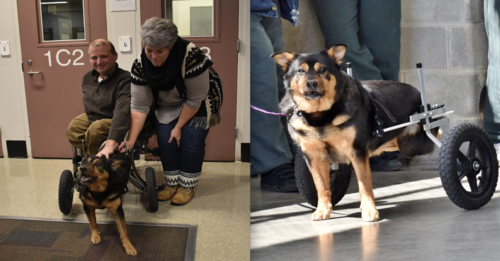 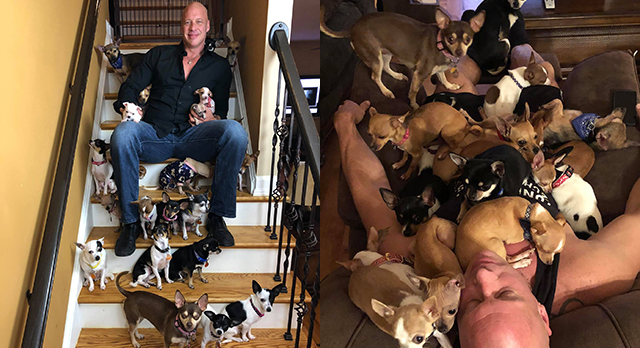