It takes a lot to shock sanitation technicians, especially those working in massive city landfills. But when the foreman of a landfill outside St. Louis, Missouri, spotted three tiny puppies hiding beneath a dangerous piece of equipment, he knew it was more than he could handle.

He contacted Stray Rescue of St. Louis, who responded straight away. Sadly, the pups were born to a pack of stray dogs spotted in the area. Having never experienced human kindness, they fled from rescuers. It was a precarious situation that required skill, finesse, and patience.

Donna Lochmann, Stray Rescue’s Chief Lifesaving Officer, responded to the noisy (and very stinky) scene. The foreman led her to a large piece of equipment called a tipper that is used to tip large trash haulers. Surrounded by noisy bulldozers, it was a terrifying place for a trio of fragile pups.

Though workers had originally reported three puppies, the foreman informed Donna that only two had been seen recently. Fearing for their safety, the seasoned animal rescuer went right to work, wading through the trash and mud beneath the tipper.

A tiny head popped up at the very back of the narrow space. Panicked by Donna’s approach, the pup made a run for it, but the sanitation crew blocked her escape. Despite a thorough search, the other two puppies were nowhere to be found. Donna returned to the shelter with a heavy heart and a promise from workers to call her if they spotted the littermates.

RELATED: Living Off Scraps At A Garbage Dump, ‘Defeated’ Dog Yelped In Pain At Human Touch

One Man’s Trash is Another Man’s Treasure

Donna fittingly named the lone landfill pup Treasure, as in “one man’s trash is another man’s treasure.”

“She was missing a lot of hair, her ears were bald and bleeding from fly bites, and we pulled about ten big ticks off her. We named this beautiful little girl Treasure, which seemed fitting. She got a bath, and we held her all afternoon as she slept. We were so thankful she was safe but, we worried about the other puppy. Was he scared all by himself tonight? It’s the ones left behind that haunt us – not knowing where they are or what happened to them.” – Donna Lochmann

Treasure is Joined by Booty and Gem

Donna received a call from the landfill foreman the next day saying both of Treasure’s littermates were currently under the tipper. Not only was the second pup safe, but the elusive third sibling that had gone missing was also back. Donna and her team rushed back to the scene.

“We were there in about 10 minutes and sure enough, when I crawled under, I saw two adorable tan and black faces looking back with wide eyes. We had people in place on every side in case they tried to escape. They were small but they sure were fast. The smallest one gave us the most trouble (of course!). I had one puppy in my arms as I crawled out, and I could tell from the loud shrill squealing we had the other one! One of the workers was able to grab her as she tried to get through a gap.” – Donna Lochmann

Just like Treasure, both puppies were thoroughly bathed and cleared of ticks. The stray rescue crew dubbed them Booty and Gem after the “treasure hunt” of their rescue. Once reunited with their sister, they all piled up and fell asleep in safety and comfort.

Gem is Still Searching for Her Perfect “Setting”

Treasure and Booty have been adopted and enjoy wonderful lives of luxury far from their humble beginnings. However, sweet Gem is still waiting for her forever family.

A true “diamond in the ruff,” Gem’s humans will need lots of love and patience. She prefers older children and would do best in a home with a confident dog she can bond with and learn from. To learn more about Gem, fill out an application here. 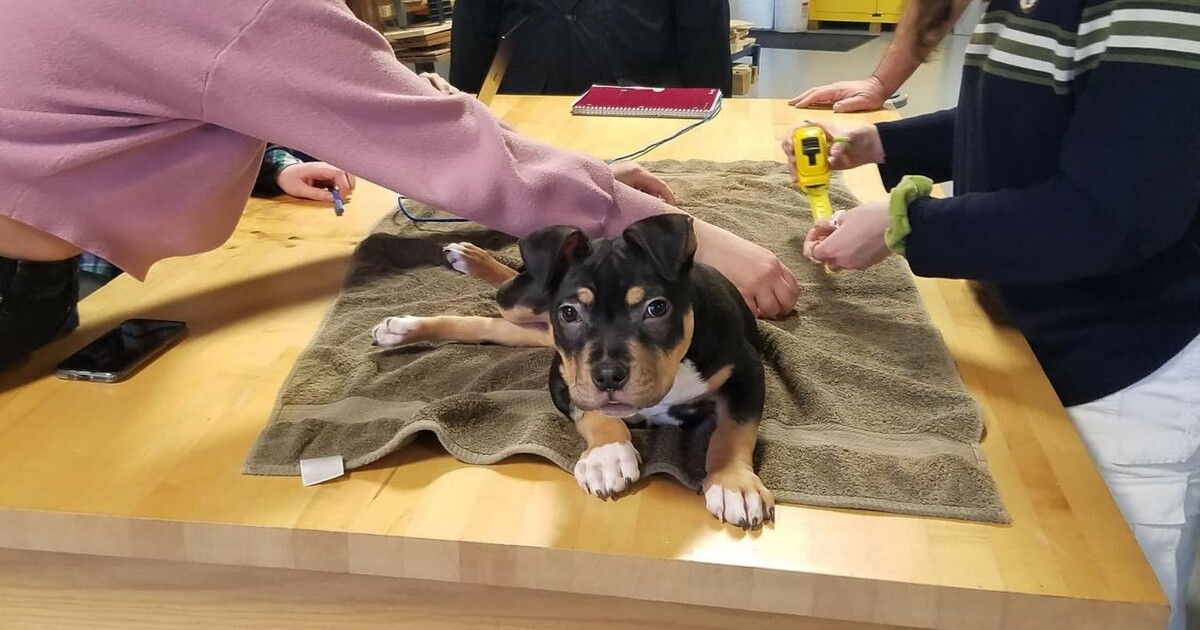 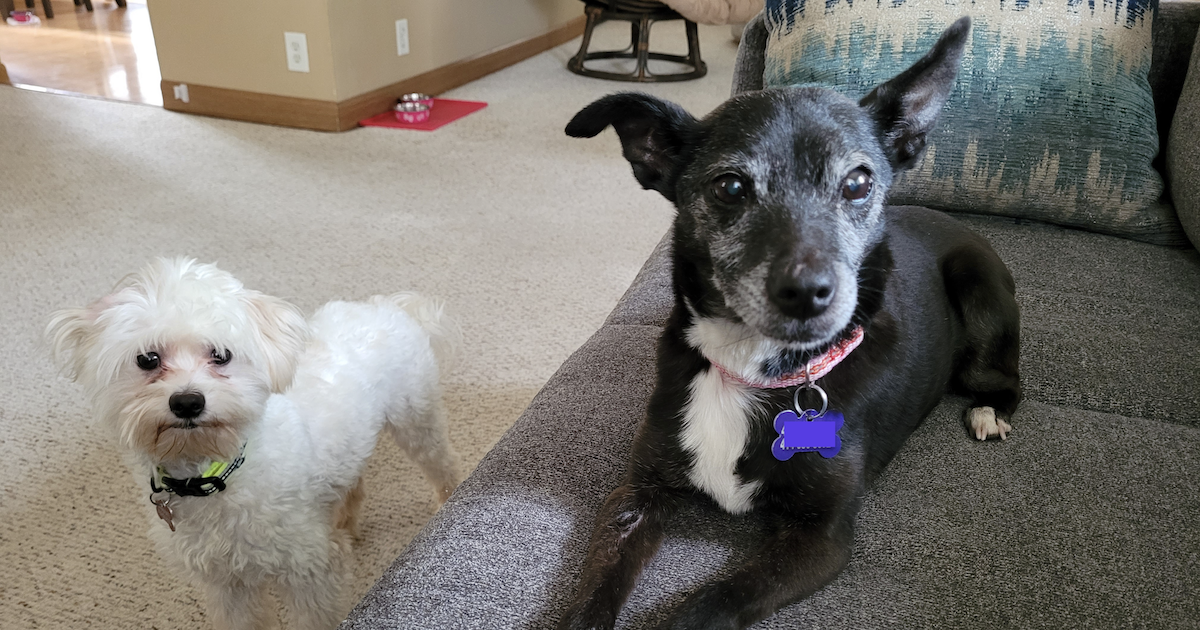