As someone who ended up rescuing a foster, I understand how hard it can be to let go of an animal you’ve cared for. When a special bond forms, you just can’t imagine saying goodbye.  Frustratingly for a U.S. Marine who bonded with the abandoned dog he rescued overseas, taking her home wasn’t so simple.

Luckily, an organization dedicated to solving this particular problem stepped in to ensure these two didn’t have to be apart. The story of their bond and journey will warm the hearts of anyone who can’t imagine being separated from their dog.

Due in part to the Covid-19 pandemic, U.S. Lance Corporal Tommie Johnson’s departure from his base in Eastern Europe was delayed until February. As a result, morale around the base dipped. Johnson explained:

“Everyone was getting tired of the same monotonous stuff, seeing the same people, and only going to work and then going back to sleep in these little rooms. So morale got really low and depressing.”

But soon, their moods improved. One day, Johnson and some fellow Marines discovered six abandoned puppies by the side of the road. They were only about six months old and not in great shape.

“One of them was hurt, badly. The speculation was that she was hit by a car. She had a fractured hip and a broken leg that was already in the process of being healed, a vet told us. So we were told to keep watch to make sure it was healing properly.”

In Krtsanisi, Georgia, where their base is located, it can get freezing at night. Johnson marveled at the endurance of these tiny puppies.

“They were all below five pounds, and just looked like little meatballs, because they were bloated from malnourishment.”

Though the puppies would need heartworm treatment and careful attention while they healed, this new responsibility brought joy to the stir-crazy, homesick Marines. There was no way they’d walk away from these dogs. They were glad to help.

“When the puppies came, it pretty much brought light to the situation we were in.”

Soon, each of these rescued dogs ended up forming bonds with a Marine. Johnson, in particular, became attached to the injured puppy. He even found the perfect name for her.

“Everyone kept saying that it was a blessing that she was still alive, so one morning I woke up and said, ‘Well, if she’s a blessing, let’s just call her that.’ And so Blessing is her name.”

There was no question that Johnson wouldn’t be returning to the U.S. without his new best friend, Blessing. Sadly, military regulations prohibit dogs on official transportation. Bringing Blessing home with him would not be as simple as jumping on a plane and flying in to the U.S.

Fortunately, there’s an organization dedicated specifically to assisting in these situations. The SPCA’s Operation Baghdad Pups: Worldwide helps American military personnel bring home the animals they form bonds with while serving overseas. Since the program began in 2008, they’ve helped rescue over 1,100 animals. Best of all, they never turn anyone down due to funding.

Meredith Ayan, the executive director of SPCA International, explained the complex red tape these animals and servicemen have to cut through.

“In order to comply with U.S. regulations for importing animals, all animals have to be vaccinated 30 days in advance of entering the country. That means they’ll be in our care for at least a month before traveling to the U.S.”

Blessing’s condition also required her to have additional health certificates before she could leave Europe. Thanks to the SPCA’s help, though, all six of the puppies were able to travel to New York City. After a few days to decompress, Blessing continued her journey down to Hapeville, Georgia (outside of Atlanta.)  There, she finally reunited with the man who saved her.

When Blessing arrived at her new home, she recognized her dad and could not have been more excited. Johnson shared:

“She was in a crate, and they wouldn’t let me take her out at the airport, but I could tell she recognized me. So when I put her in the back of my truck and opened up her crate, she instantly jumped on me.”

Like the good dog dad he is, Johnson had a pocket full of treats ready for her. Though she had once been abandoned, Blessing has the best new life.

“She has a really derpy run because of her injury, but it’s so cute! I have a fenced-in backyard, and she has a plush football that I throw, and she’ll run after it. We’ll do this for 30-45 minutes at a time.”

The bonds we form with dogs are real and important. All six pups and all six of their Marines now get to be with the ones they love. It shouldn’t be any other way! 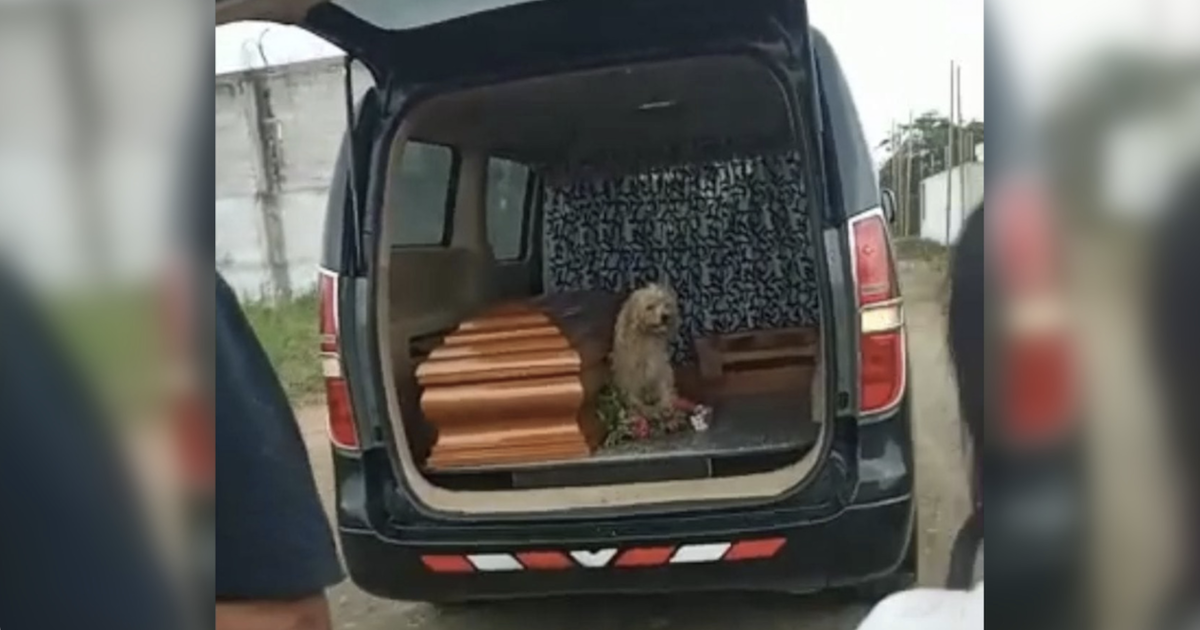 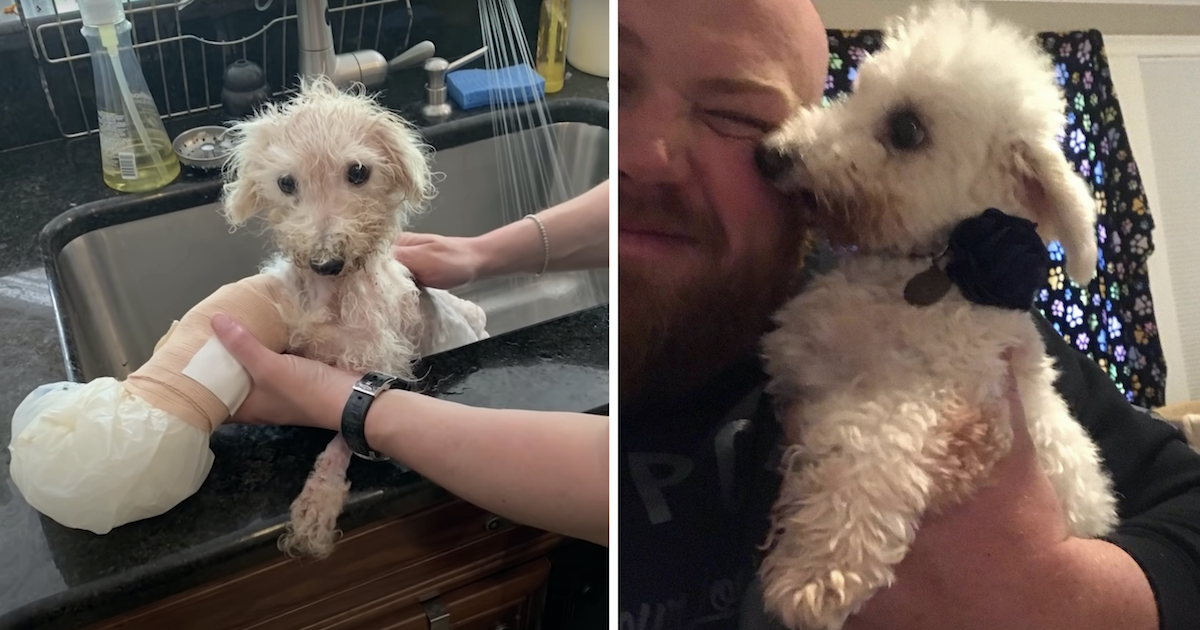 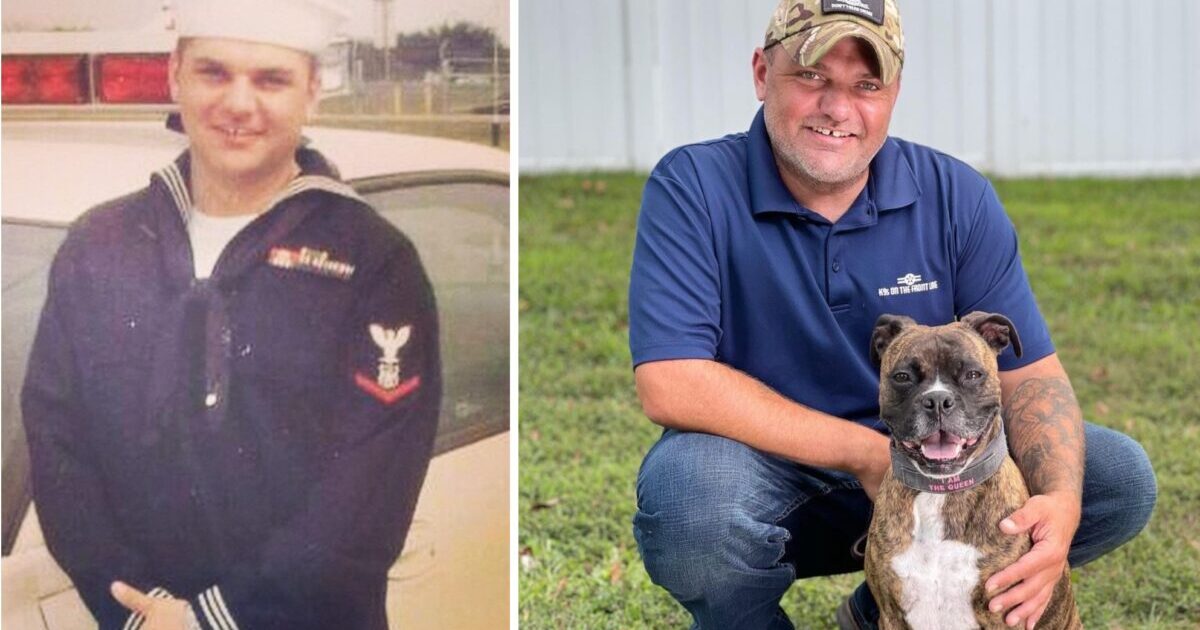 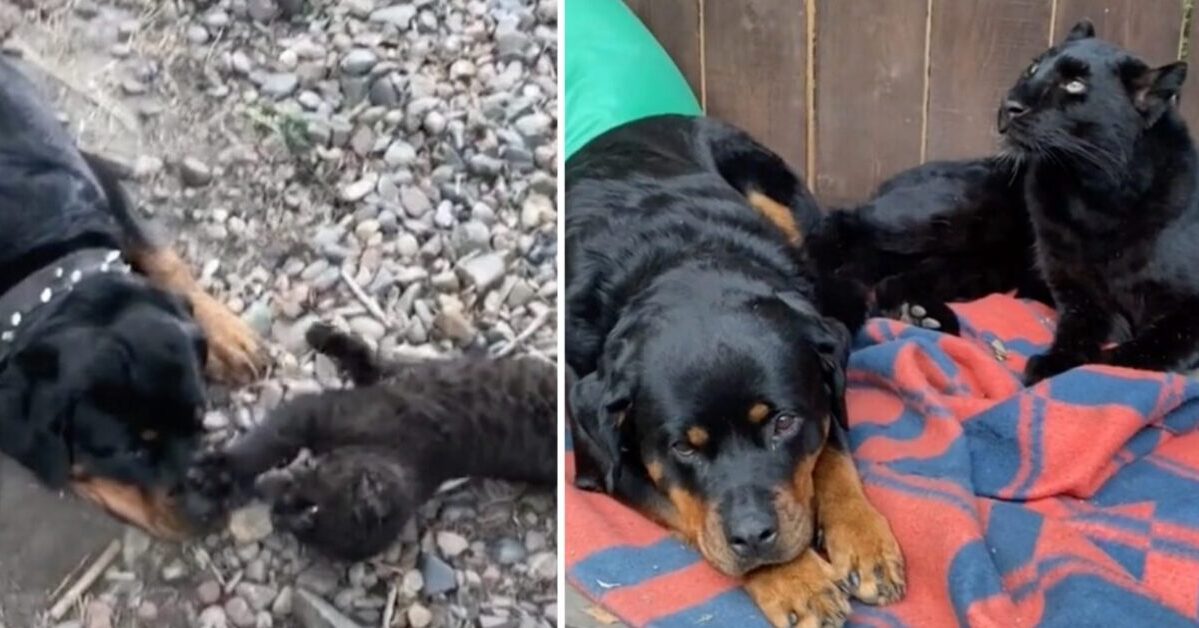 Rottweiler & Panther Rescued From Siberian Zoo Are The Cutest BFFs 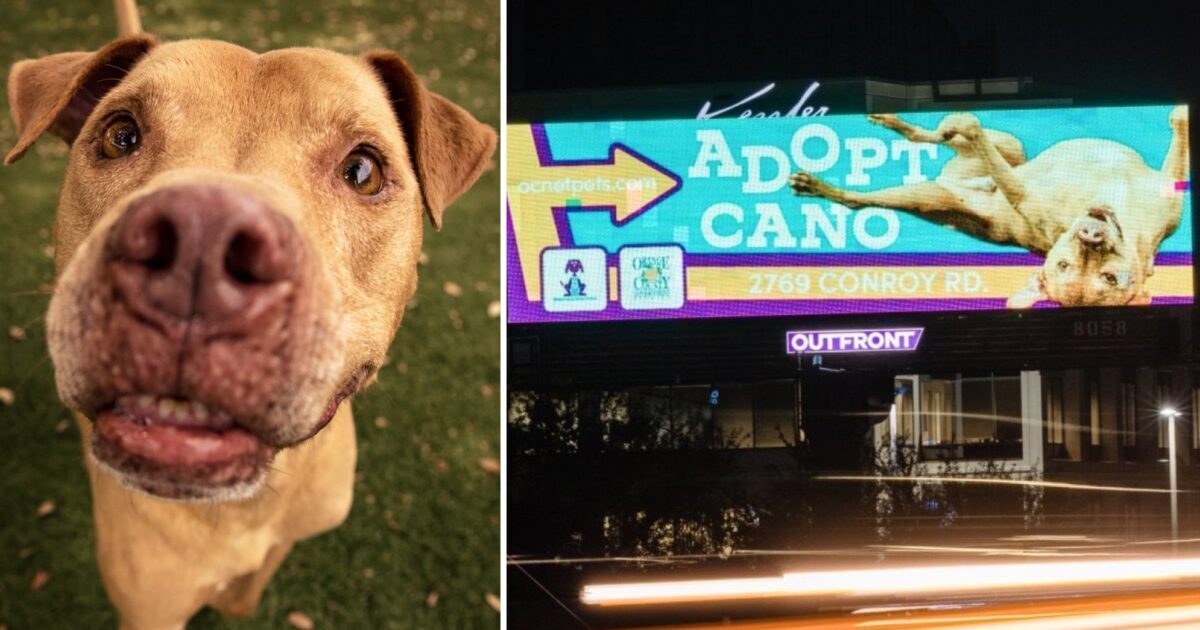