Fellow fans of both dogs and news bloopers: you’re going to love this one. A routine weather forecast on Global News Toronto suddenly became a starring vehicle for the meteorologist’s dog last week.

Storm, as the dog is adorably named, wandered casually into his dad’s broadcast in search of treats. A total pro, Anthony Farnell continued his report as Storm kept on unintentionally stealing focus.

In a caption on the YouTube video of the segment, Global News wrote:

“Last Friday, a hungry-for-treats Storm invaded the set in the middle of Anthony’s weather report, demanding treats even as Farnell was explaining to Ontarians what weather they would be facing that weekend, and discussed the dangers posed by Hurricane Ida further south.”

“Storm Is In The Building”

The best part of this whole news clip is the fact that Storm seems welcome in the broadcast despite his interruption. When the pup walks in front of the green screen, Farnell continues his report casually:

“Storm is in the building, getting some treats, walking around on thin air…”

The whole time Farnell continues to discuss upcoming temperatures and international weather updates, Storm nonchalantly strolls around the set. He sniffs the ground and pants obliviously while watching his dad point to things he can’t see.

Though this could technically be considered a blooper, viewers seem to think a regular segment like this would make for higher news ratings.

“TV news broadcasts everywhere should be required to have random dog cameos.” – Kimberley B via YouTube

“I’m not sure I heard a single word of what he said, Storm had all my attention, lol.” – Lisa N via YouTube

“If I knew the dog was going to make an appearance I’d probably watch the weather more often.” – 1020Shane via YouTube

Apparently, dogs watching at home were also huge fans. One user shared a delightful video of their similar-looking pup riveted by Storm’s appearance on the news.

This is the cutest!!! https://t.co/O1YsrdOcTW

Though not a broadcast journalist or meteorologist himself, Storm has a bit of his own following. He’s affectionately known as “Storm The Weather Dog.” Apparently, this isn’t even Storm’s first appearance on Global News. 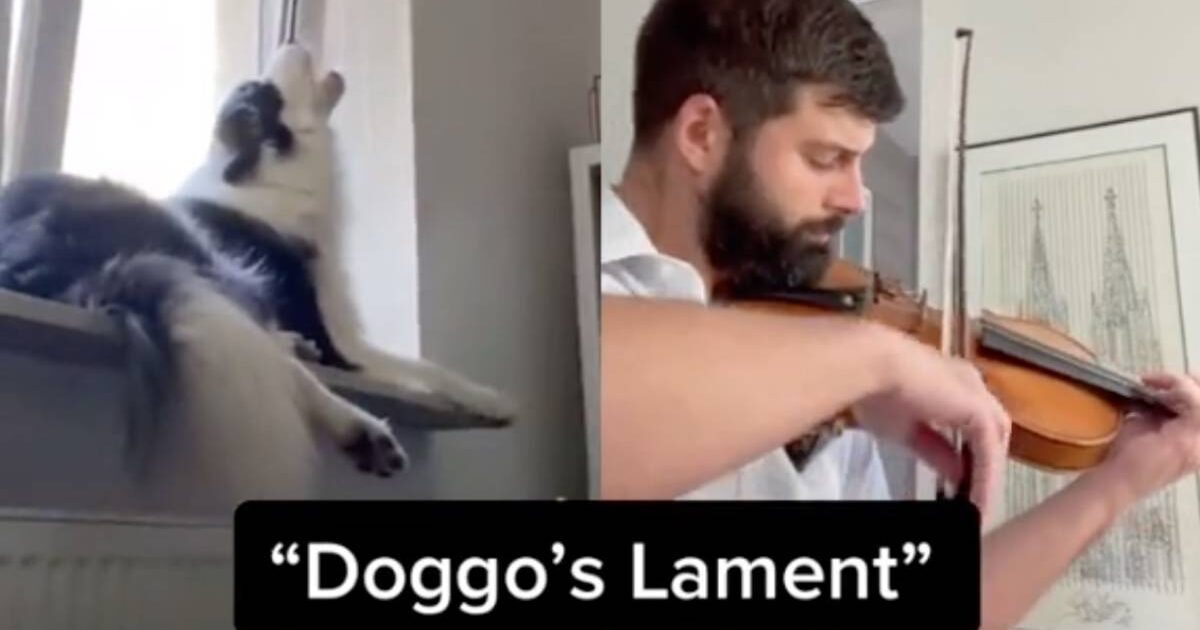